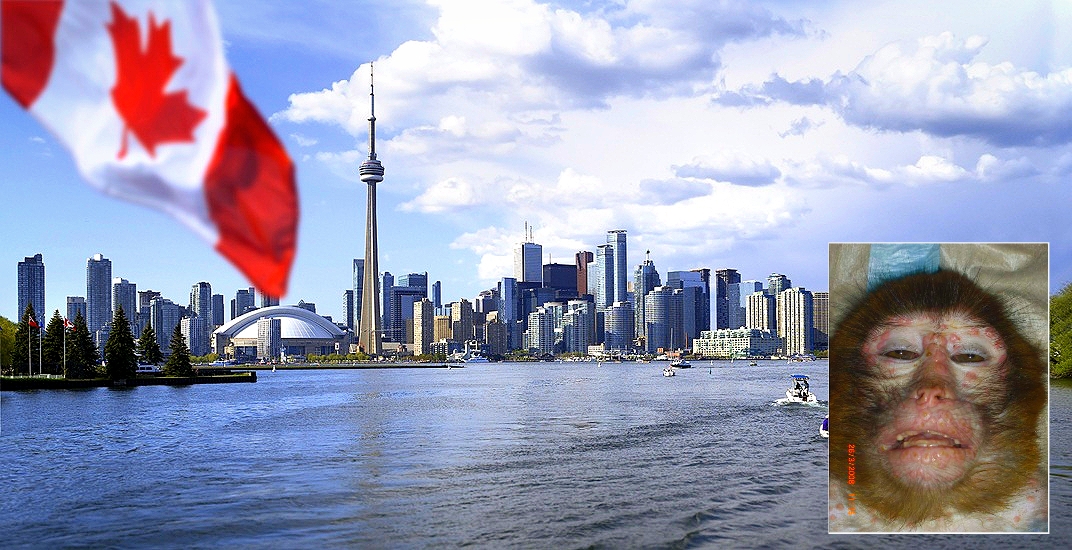 According to the official website of  Toronto city, the Toronto Public Health (TPH) officials announced that a new suspected case of monkeypox was reported by the department. The total number of confirmed cases remains at one, the estimated number of cases is two, and the number of suspicious cases is five. People who are most likely to have a case will undergo a clinical test to confirm that they are infected with the virus. Luckily, infected persons do not need hospitalization and they are currently recovering at home.

What makes health officials label people to be as “suspected cases” is that they have signs and symptoms of the virus, including a skin rash, contact with confirmed or possible cases, exposure to an infected animal, or travel to areas where Monkeypox is endemic. In response to growing concerns about an outbreak, TPH encourages residents experiencing these symptoms to inform their physicians as soon as possible. Also, people who have close contact with suspected individuals are advised to self-monitoring of symptoms for 21 days after the last exposure. Healthcare providers recommend that anyone suspected of having a monkeypox infection must report to Ontario Public Health.

Monkeypox illness is like many other close-contact illnesses, it can be reduced by practicing respiratory hygiene, physical distance, frequent hand washing, and facemasks. A plethora of countries has declared their concerns about the viral disease including England, Portugal, Spain, the United States, and others.

Actually, Monkeypox is called by this name because it was first discovered in 1958 after two smallpox-like disorders occurred in monkeys, the World Health Organization declared on many occasions that human-to-human transmission is relatively limited. It is usually transmitted by contact or bite from infected wild animals such as rats and squirrels in West and Central Africa. In 1970 the first human case of the viral zoonotic disease was recorded in a 9-year-old boy in the Democratic Republic of the Congo. Since then, human cases of monkeypox have been reported primarily in 11 African countries near the rainforest. Usually, The incubation period of monkeypox is from six to thirteen days, but it can range from five to 21 days. Symptoms last from two to four weeks, research showed children, are the age group susceptible to the virus with a mortality rate that can reach 10 percent.  Early symptoms conclude fever, muscle aches, chills, and malaise. Moreover, in severe cases, rashes often occur on the face and genitals, similar to those found in other pox diseases. In some cases, a rash can cause blindness or retinal scarring if it reaches the eyes.

Unfortunately, no treatment is available there for the viral disease but the smallpox vaccination in childhood may provide about 85% protection, resulting in a milder case of the virus in young children. Hence, the smallpox vaccine and other antiviral medications have been approved for the therapeutic management of Monkeypox. Most people recover from the illness within several weeks; however, Monkeypox has two strains: the Central African strain, and the West African strain. The Central African monkeypox virus strain is more vicious and more associated with a higher mortality rate than the West African one. The best strategy to combat these outbreaks is to build an effective tracing and isolation system, as it seems, the world must always deal with epidemics and monkeypox could increasingly become one.