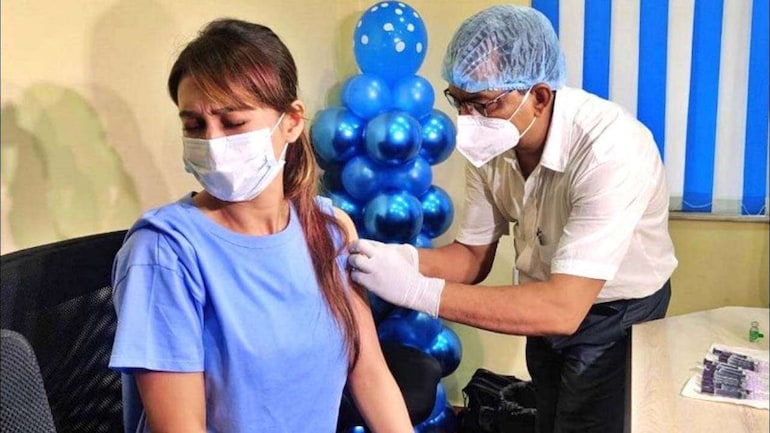 A man pretending to be an IAS officer allegedly arranged a fake Covid-19 vaccination drive in Kolkata. The man was arrested after Trinamool Congress leader and Lok Sabha MP, Mimi Chakrabarty, alerted the police.

On June 22, Mimi got a call from the center that they had organized a vaccination campaign for transgender and specially-challenged people. According to the call that she received, the drive was launched by the joint commissioner of the Kolkata Municipal Commission to encourage others to get vaccinated.

According to Mimi, they said that if she attended the campaign, people would get inspired. So, she went there and took her jab. However, she got suspicious when she did not receive any confirmation SMS or a link to download the vaccine certificate. "After taking the vaccine, I felt something was wrong as I did not receive any messages. When I inquired at my office, they said the certificate would arrive in a few days. But I know this is not supposed to get delayed. I immediately started to look into it and saw if anyone had received the message. But nobody got the message. I immediately came to a halt, suspecting foul play," Mimi explained.

Later, she informed the authorities and, the man conducting the vaccine drive was arrested. Debanjan Deb, the man who recovered the fake IDs, was a cop. According to the TMC leader, the man was in a car with a blue beacon and hoax stickers. According to reports, approximately 250 people were administered vaccines during the campaign, and the man has held similar vaccination campaigns throughout Kolkata.

According to the police, the man took a large sum of money from NGOs and other firms to build the bogus camps. A MicroFinance firm has donated 1 lakh rupees for 171 vaccination doses for this camp. Recent news has reported that, in the name of Covid vaccines, the Amikacin antibiotic was administered instead of Covishield. However, the case has been transferred to the Kolkata police Detective Department, said police.

Not only West Bengal but also Mumbai has fallen victim to such fake drives. An upper-crust housing society in Kandivali complained about the Mumbai police that around 390 of its residents got a "spurious vaccine". The camp was organized on its premises on May 30. The Hiranandani Heritage Residents Welfare Association told police on Tuesday that some "unscrupulous elements" had driven a fake vaccination camp and "put the health and well-being" of its members in "serious peril".

"The team had no laptop or mobile app used for online verification in vaccination centers. They only physically checked and noted down people’s Aadhar numbers and said we would get an OTP a few days later that we had to convey to them," said a resident, Gopal Sura. There were no such messages after taking the vaccines, even if people had not suffered from any post-vaccination illnesses. The rescuers became concerned when they noticed that 150 of the recipients had vaccination certificates from various hospitals with different expiration dates." The fraudsters collected around Rs 5 lakh and left us worrying about what was injected," said a resident.

Already, we are learning that the man who drove the bogus camp in Kolkata has ties to top Trinamool Congress leaders. A photo has been found in which the man is sitting with the TMC minister, Subrata Mukherjee. Police reported that they found various pictures on his social media with TMC leaders such as Firhad Hakim, which triggered the opposing BJP party leaders. Soumitra Khan, a BJP MP, demanded immediate action and an investigation by central agencies.

When a photo of Dr. Shantanu Sen, ex-president of IMA and TMC's Rajya Sabha MP, went viral, he dismissed any such links with the 'fake' man by saying "This man might have been one of those who came individually or with others, introducing himself as a social worker and not an IAS. [...] Furthermore, as public representatives, we frequently come across many unknown people in many places who take photographs with us, sometimes without our knowledge." Police sources said that they are investigating whether there is any link at all.

Meanwhile, Mimi Chakrabarty cautioned people to check if something is wrong. Recently, in her Instagram post, she said to always remember to receive a card or a certificate where your details related to the vaccination will be mentioned. She appealed to the people who took vaccines from that fake camp to go to a nearby doctor as the medicine that was injected might be a little harsh on their health.

Vaccines are critical in reducing Covid infections. And there is no harm in getting vaccines from a certified location rather than going to local camps. Be aware of such frauds.