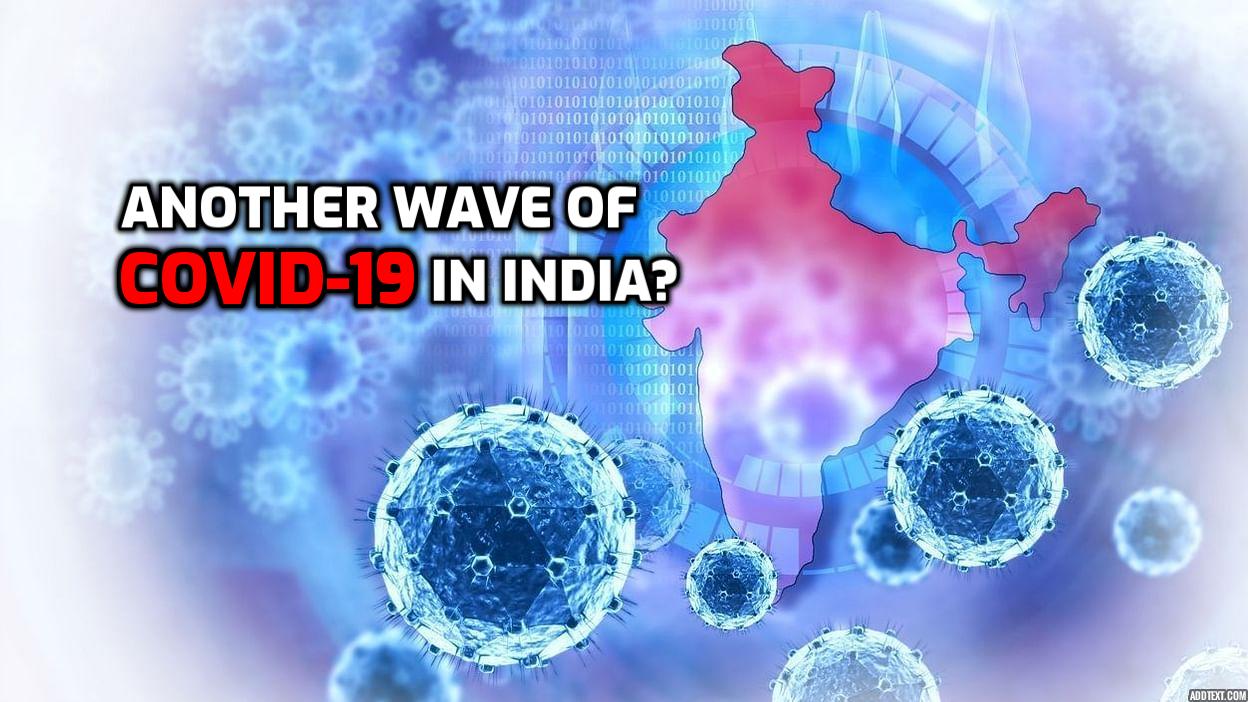 The second wave of the Covid pandemic has eroded India. Though from the past few weeks, Indians are breathing a sigh of relief, because of the low infection rate; meanwhile, the terrible news frightened the people again - the third wave of Coronavirus is inevitable in India and could hit within 6 to 8 weeks, said AIIMS Chief Randeep Guleria.

In an interview, AIIMS Chief retorted, "As we have started unlocking, there is again a lack of COVID-appropriate behavior. We do not seem to have learned from what happened between the first and the second wave. Again crowds are building up [...] people are gathering. It will take some time for the number of cases to start rising at the national level."

Standing at this time the biggest challenge for India is to vaccinate this massive population. Also, the administration has widened gaps between the two doses for 'Covishield', which "may not be bad", to cover more people within this short period. Unlocking India can be dangerous, and it will be the main reason for the 'third wave', he explained.

Stressing upon the new Delta-plus variant, which has evolved from the Delta variation of Covid, he said a new frontier has to be developed to fight against the Covid virus. He also said that this new variant is triggering a "fresh concern" about monoclonal antibody treatment. "It all depends on how we go ahead in terms of Covid-appropriate behavior and preventing crowds," he added.

Only 5 percent of the overall population has been vaccinated so far with double doses. Although, the government is trying to vaccinate 108 crores people over 136.64 crores by the end of 2021. "That (vaccination) is the main challenge. A new wave can usually take up to three months, but it can also take much less time, depending on various factors. Apart from Covid-appropriate behavior, we need to ensure strict surveillance. Last time, we saw a new variant - which came from outside and developed here - and led to a huge surge in the number of cases. We know the virus will continue to mutate. Aggressive surveillance in hotspots is required," Guleria added.

He also stressed upon 3Ts "testing, tracking and treating" should be the focus, especially in the hotspot areas. He said, "Mini-lockdown in any part of the country, which witnessed a surge and a rise in positivity rate beyond 5 percent, will be required. Unless we are vaccinated, we are vulnerable in the coming months."

He said, "Virus is still mutating, we need to be careful" on this new Delta variant which is the primary cause behind the UK's third wave. "During the first wave (in India), the virus was not spreading that rapidly... all that changed during the second wave, and the virus became much more infectious. Now the Delta variant that is spreading is much more infectious. Faster spread is likely," said the AIIMS chief, the gaps between the waves are shortening, which is "worrying." he retorted.

Indians have already experienced the horrific tragedy during the second wave. The second wave has led to the scarcity of hospital beds, medicines, oxygen, and other medical supplies. Though many countries like the US, UK, Russia, etc extended their helping hand and provided oxygen concentrators, medicines, etc. Guleria added "When there is a huge increase in the number of cases, shortage of (hospital) beds follows. The strategy should be multi-pronged - we have to make sure fresh cases don't rise. Any healthcare system globally will tend to collapse with the unprecedented rise in infections,".

"Nothing is written in stone. We will have to look at new strategies. But we need to have durable data to make that decision," the AIIMS chief said. Instead of focusing on the shortage of vaccines, the decision should be taken scientifically. To cover this colossal population, he stressed upon "one-shot" of vaccines, "One-shot strategy may not be a bad strategy as it can give protection to a larger number of people."

"We need an aggressive genome sequencing to see how the virus is behaving. Does the vaccine efficacy come down, does the monoclonal antibody treatment work? To do all of that, we need to have a large or good network of labs to study the data. I think that's where to move in the next few weeks. And that is the new frontier we need to develop if we want to succeed in our fight against Covid.", Guleria said on the new Delta-plus variant.

According to many of the experts, this third wave can affect children severely as they are not being vaccinated. "There is no evidence to say that children will be affected more or badly in the third wave, but there is an assumption that since they are not vaccinated, they will be the vulnerable population by the time of the third wave," said Dr. Tushar Parikh, a consultant neonatologist and pediatrician at Motherhood Hospital in Pune, Maharashtra.

Though there is a difference of opinion between the medical experts. Guleria had said, “It is a piece of misinformation that subsequent waves of the COVID-19 pandemic are going to cause severe illness in children." He also said that a few children had been admitted to the hospitals during the second wave due to their low immunity.

Preparations are going on to fight the third wave of the Covid pandemic. All the states have issued new guidelines on how to deal with children's infection during the third wave. It has been reported that 69 lakh vaccine doses were administered on Day 1 after revised guidelines, which gladden the government of India.

Unemployed Indians: What will be the Future?