Aleppo Faces A Decline In Christian Population Amid Poverty 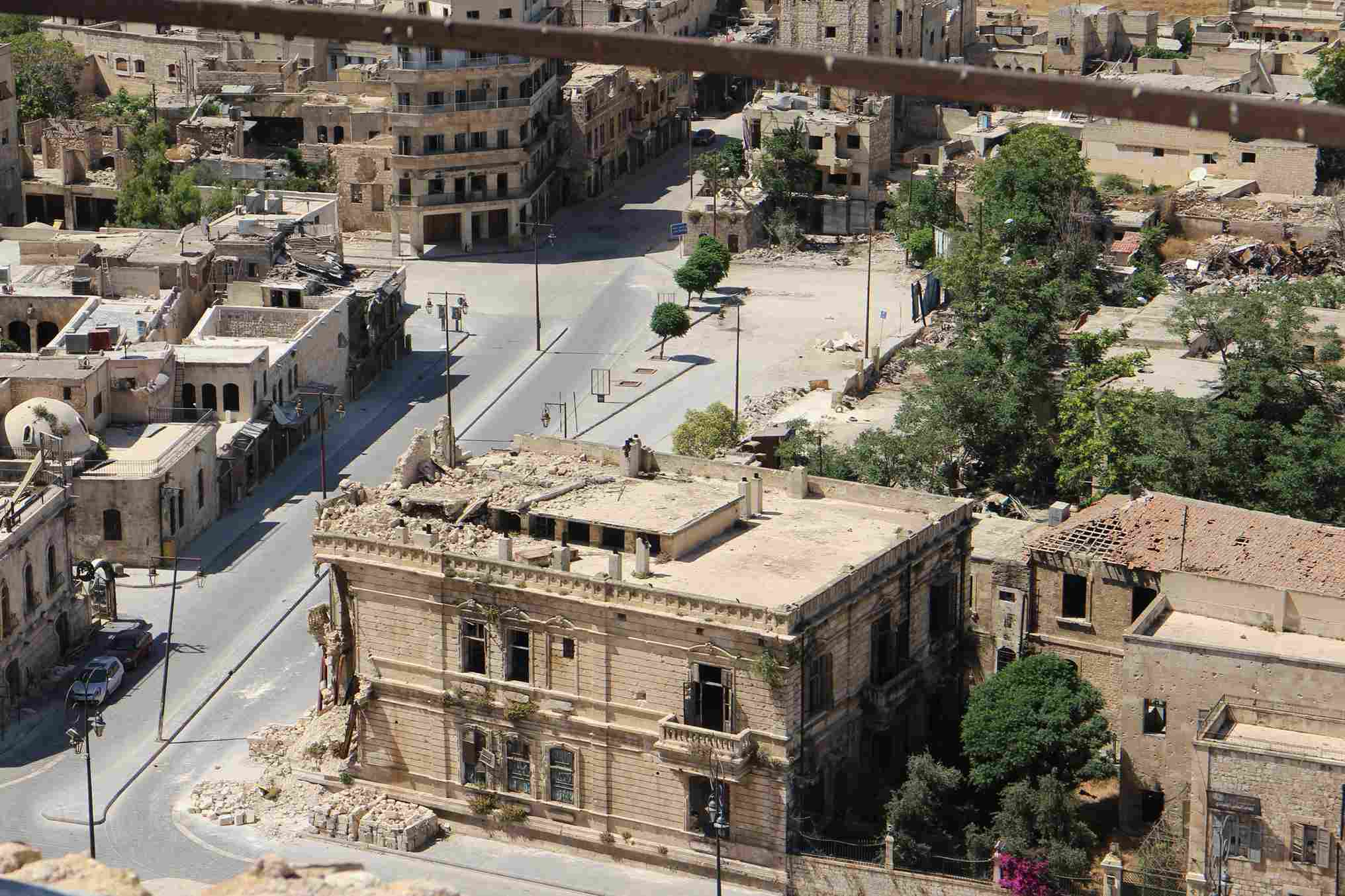 The most populated Syrian governorate- Aleppo is left impoverished through 11 years of war accompanied by monetary sanctions. The second largest city of Syria had an official population of 2.1 million in 2004.

Chaldean Catholic Bishop Antoine Audo of Aleppo says that the city was besieged and destroyed in Syria's war, but it seems calm now. "We don't have any direct violence, armed groups, or bombardments on or around the city since the end of 2017," Bishop Antoine Audo told Catholic News Service during a visit to Lebanon. The effects of war will follow the economic state of the city in the long run. Currently, the average monthly wage in Aleppo is $50.

The constant barrage of poverty is the city's real challenge right now. "Because of the embargo on Syria, we have so many difficulties. There is no work. We don't have fuel," he said. According to Bishop Audo, 80% of the city's citizens currently live below the poverty level.

"The rich left the country or became the middle class, the middle class became poor and the poor became destitute," Bishop Audo said. "It's a very, very difficult situation." He stated that "all" of the wealthy, primarily Christians, who owned businesses, industries, and were powerful in trade, and were therefore significant employers, had left Syria.

"Every day I meet with people who share with me their difficulties: how to buy food, how to pay tuitions, how to afford medical care," the bishop said.

"Every morning, I go for a walk. I talk to the people. They are eating (pita) bread without anything. Only bread," he exemplified.

Some can add chopped tomatoes on their bread and a drizzle of oil, "if they have oil," he said. Today, meat and cheese are deemed as the extravagance that is out of reach.

Bishop Audo declared, "They are starving." The people go through a lot of misery. The government only provides electricity for six hours per day due to fuel shortages. A private generator can extend a person's access to electricity by six hours, but Bishop Audo noted that it is "extremely expensive."

Despite the misery, emigration has led to a continued decline in the number of Christians in Syria. The bishop claimed that after graduating from college, young people leave Syria because they do not see a future there. Bishop Audo, a resident of Aleppo, said that, before the war, there were approximately 1.5 million Christians in Syria; now, he estimates their number at 500,000. "In Aleppo particularly we were 150,000. Now we are only 30,000."

Although the church cannot force anyone to remain in the city, the bishop said, "As bishops and priests, we do all we can to help the Christians to stay." This assistance includes helping the elderly and offering food baskets, education, and medical care.

"Aid to the Church in Need, Caritas, and the Jesuit Refugee Service are doing a lot," he said. Bishop Audo served as president of Caritas Syria until 2017.

Bishop Audo stated that it is crucial for the global church that there are Christians in Syria and the Middle East, adding that people are "surprised that the Christians of the West don't bother about this issue." "A lot of Muslims say to us: 'Don't leave, because, without the presence of Christians in Syria, Syria is nothing,'" the bishop said.

"I hope that even if we are few as Christians, we have to persevere, to be active and to give a sense of our faith and to give testimony. We don't have to fear and we don't have to escape. We must have a vision and a conviction, which we have from our faith, from our history," he said.