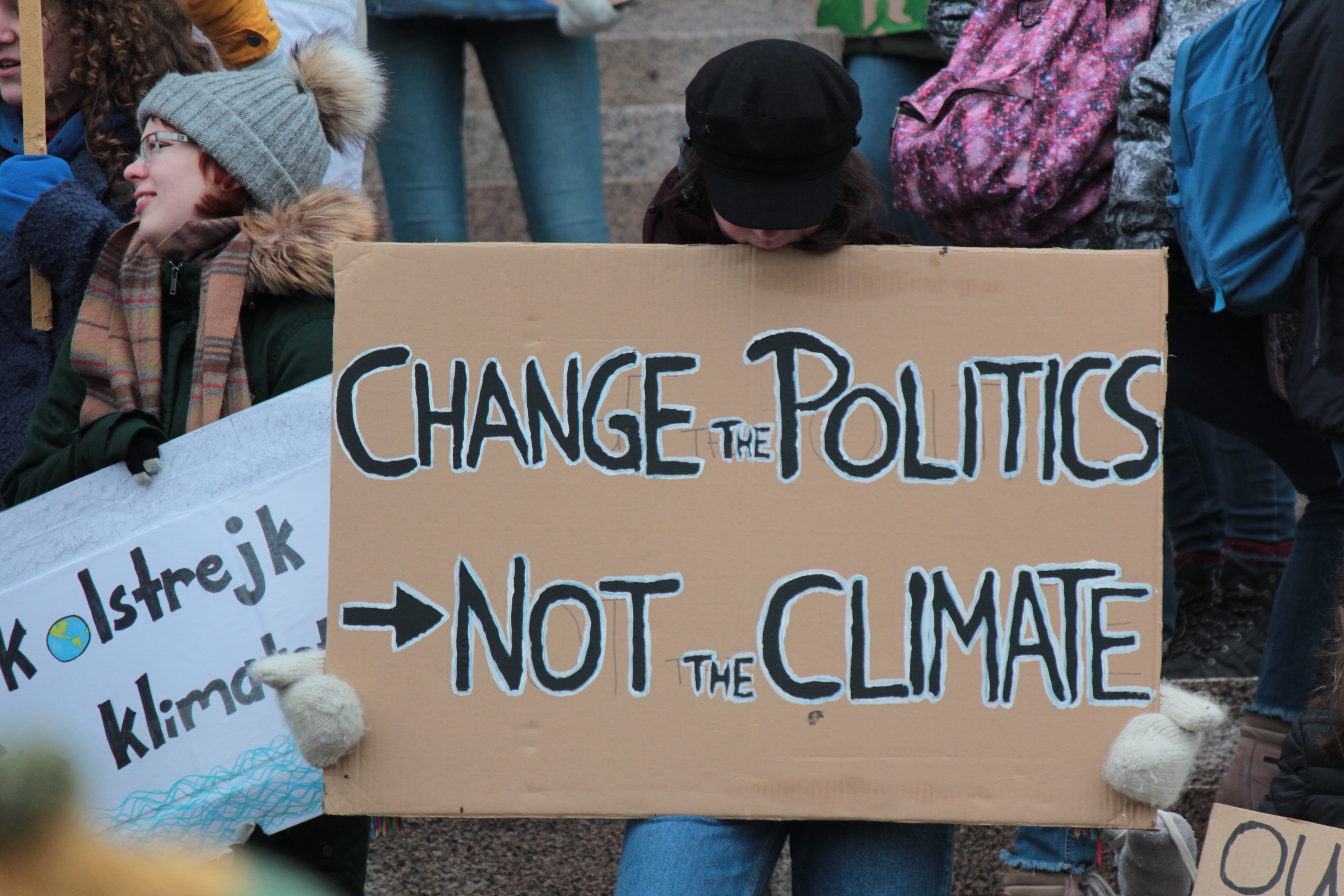 In the current political culture, it's been noticed by many Americans of an increase in polarizing politics throughout the country.

From both the media and local communities, many people continue to see and experience clashes with others over political differences, heated debates over controversial topics, and witnessing politicians promoting extreme views.

Pew Research Center stated back on March 10, 2022, that both Democrats and Republicans had drifted further away from the center based on their analysis. It goes on to state that since the 1970s, Congress has grown less moderate and more extreme. 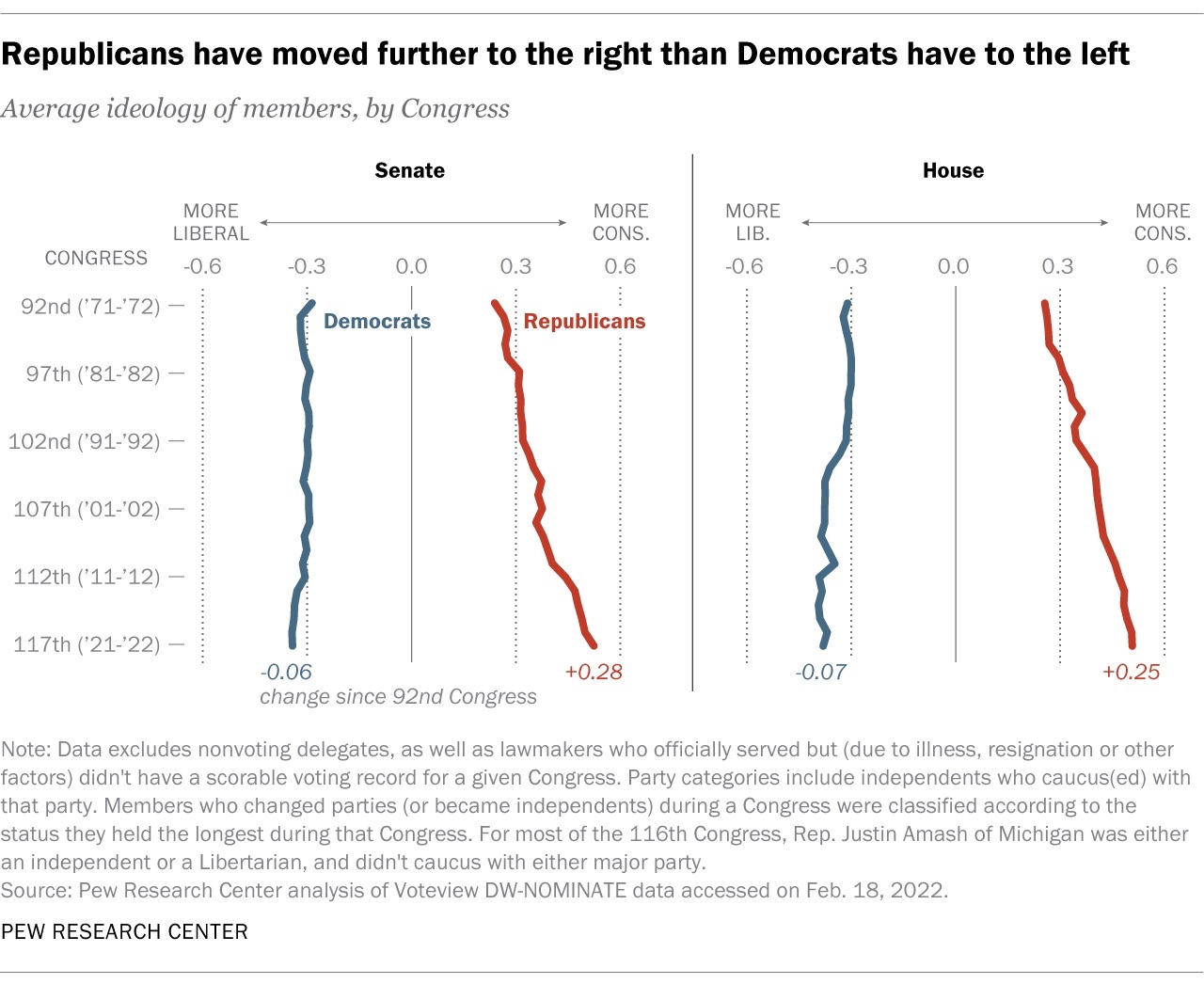 With politicians presenting further pushes in their policies and ideologies, news has also given light to the rise of polarization within American politics. The Atlantic reported on May 21, 2022, of increasing animosity between those who favor the Democrats and those who side with the Republicans adding a further spotlight to the growing polarization.

Yet despite many media sources stating that America is becoming more extreme due to Americans pursuing it, recent research provides a different view on what Americans desire.

Anthony Fowler, a professor at the University of Chicago, surveyed over 280,000 people on policy questions to see where people fall under the political spectrum. The result was published on September 5, 2022, where it revealed that around three out of four Americans fell under the moderate sides for both left and right. The majority of these moderates were close to the ideological middle.

The conclusion given by the survey is that the majority of Americans tend to have both conservative and liberal answers depending on what topics are being discussed. This presents a different look into what many Americans desire when it comes to ideological politics, a combination of different ideological views and solutions that many can at least agree upon and tolerate.

A different conducted survey by Gallup back on January 17, 2022, presents similar findings on what Americans desire more in politics. According to the survey, the majority of people were asked where their political views fall toward. Out of over 12,000 people that were interviewed for the survey, 37% chose moderate, 36% sided between conservative and very conservative, 24% went with either liberal or very liberal, and 9% had no opinion on the topic.

The research also shows that the majority of Americans leaning toward being moderate in political ideologies appeared among several different categories. These include different age groups, one’s level of education, income, and ethnicity to name a few.

Even though these surveys and conducted research point to the idea that Americans want more moderate politics, extremism is still on the rise. One factor that has been connected as a contribution to this trend is the political parties' desire to be firmer in their ideological stance. At the same time, they want to garner a more solid grouping within their factions.

Forbes explained this on October 27, 2020, by writing, “The reason most likely has to do with political theater. As a party softens its position, they become open to attack from the opposition. The result is that the other side looks tough and resolute in their beliefs and the softening side looks weak and pandering to get votes. The result is the creation of an “us or them” feeling to American politics.”

Simultaneously, being more extreme garners more attention from news companies. An example of this is former President Donald Trump. He was on the news every day throughout the four years of his presidency. At that time, news organizations received major views and increases in income.

In late December of 2021, The Hill reported the aftermath of this trend which said, “During former President Trump’s term in office, many news outlets saw their viewership and subscriber base grow while covering the frenetic pace of activity by the federal government. With President Biden now in office, news outlets have seen what some have called a “post-Trump slump” in audience engagement.”

This explains the increased rise of politicians portraying themselves as being more conservative or liberal because it garners more attention on them and increases their sphere of influence.

However, Americans have begun to show less interest in all the extreme ideologies and push for extreme policies due to many not agreeing or desiring these measures. It has now reached a point where many people now view this polarization as a major issue.

According to a poll conducted by FiveThirtyEight and Ipsos, political extremism and polarization were ranked third in what people thought was the most important issue facing America. Gun violence ranked second while inflation and increasing prices were ranked at the top.

Written on June 14, 2022, it continues with the emphasis that many Americans define polarization in various ways.

“Some spoke of the inability of the two major parties to compromise, while others blamed political leaders or the other party. But overall, regardless of how they identified politically, most Americans blamed elites for America’s divides.”

Finally, the article concludes that not only do Americans mainly blame those who have great wealth and influence over the divide of politics, but they also included a few other contributing factors.

“And when we asked about what specific groups or ideas might be driving polarization, there was also a fair amount of consensus on the four leading contributors: politicians, wealthy donors, social media companies, and mainstream media outlets.”

With these sources adding fuel to the growing polarization of politics, many Americans have shown more desire to change toward moderate policies and want moderate people or politicians to be in charge. WBOY 12 News reported on October 12, 2022, that a survey conducted by More in Common U.S., LX News, and YouGov found that nearly half of Americans wish for more moderate political politicians.

While the current climate tells us that America is more divided than ever by its political differences, many Americans through research and surveys show a bigger desire for more moderate politics and a decrease in extreme policies.