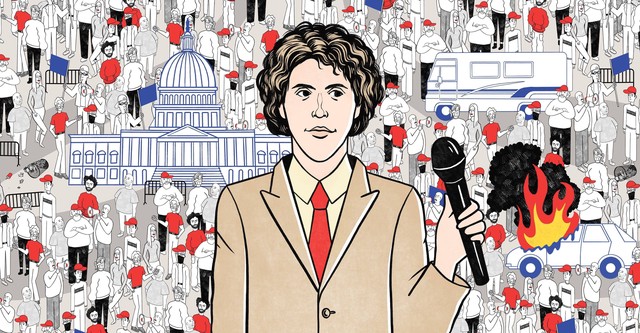 “This Place Rules” exclaims the title of Andrew Callaghan’s directorial debut, which was released at 8 p.m. on January 30. The documentary covers Andrews's journey throughout North America from 2020 onwards to the January 6 events in Washington D.C. when Make America Great Again “patriots” stormed and rioted the capitol egged on by members of the Trump family, Trump himself, and others like Alex Jones. Alex Jones had a heavy role in this documentary, hopping in for multiple interviews and spotlights to show just how prominent his role in the January 6 attacks was. The documentary covered a wide range of people, places, and events from the election to January 6 onward.

The documentary starts with a parallel between the two parties, a fight, as Callaghan called it. The cold open starts with drumming up the hype for a boxing match between two ‘influencers.’ One man was named Joker Gang, and the other went by Gum Gang. These two people discussed their rise to fame, what they do and how they crossed paths. Joker Gang alleged that Gum Gang’s girlfriend ‘slid into his DM’s’ although when interviewed, she said and showed no evidence of what he claimed.

These messages got to Gum Gang, who told him to back off and arranged a boxing match to which Andrew Callaghan referred. Subsequently, after the fight finished, Joker Gang has crowned the winner, and the documentary cuts to Andrew sitting in a chair. The man behind the camera asked, “What does this have to do with elections and election season?” Callaghan responded, “It’s like a fight, a fight between two opponents.” thus, the title card played. 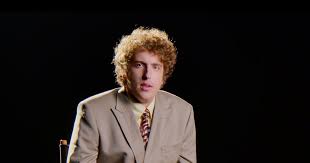 Andrew Callaghan is seen sitting on the director's chair with a spotlight flashed on him. He introduces himself and talks about his story and how he rose to internet fame. Callaghan started with the beginning; he was an independent journalist who toured the United States, finding weird and wacky people to interview until he was discovered by the company All Gas No Brakes.

They gave him a massive platform and allowed him to report on America’s oddities and ends. After an enormous fallout with that company, Andrew started his current Youtube channel, Channel Five, as of January 2023, is at 2.25 million subscribers.

Apart from his introduction, he introduces the documentary again with, “This is the story of the events that led up to the January 6th Capitol Riots. As I saw them unfold.” The camera jump cuts to the RV that Andrew drives through the United States with, then to a Waffle House, where the overlay of reporter's audios from the 2020 news cycles played as the documentary got underway.

Callaghan states: There was a second Civil War brewing during the lead-up to the 2020 election. As a result, he blames the news cycles and mainstream media for stoking the fears of the American people, who thought this war was about to be unleashed during the 2020 election. He also blames social media for becoming the ultimate warzone. As he so eloquently put it, social media became a festering ground for nuts from both sides to spew their vitriol and misinformation with little to no interference.

The documentary follows Andrew to a trailer in North Carolina, where he meets with a man known online as Inglorious Patriots who was ‘canceled’ online and fled to the far-right platform BitChute, where misinformation spreads like wildfire. He uses his platform to discuss right-wing conspiracy theories, and in the doc, he talked about Joe Biden and the “Cabal of Pedophiles running America’s governments…Democrats like Hilary Clinton, Joe Biden, and Barack Obama.”

After his time in N.C., he went to Washington D.C. to watch the chaos unfold before the election. He said that something had changed with the disorder in D.C. that night. He talked to a man exclaiming that “Trump is a super god…Shouts out to Ivanka Trump…” That night it got more militant with more of a police presence and protestors with guns to stoke the fears of the masses. He continued to go to multiple marches beyond election night, such as the Million MAGA march 1 & 2, and rallies for Trump to see what the public presence was like after the election.

Many republicans were angry their candidate had lost and wanted answers as to who had ‘stolen the election’ some even went as far as to kick the mailboxes and exclaim that it was a “vote stealing machine.” The second half of the documentary laid on the interviews heavily, interviewing Alex Jones, Leader of the Proud Boys Enrique Tarrio, and various news interviews of members of the general public. Alex Jones had a heavy presence within the documentary as he was one of the public figures stoking the fears of many Trump Republicans: The election had been stolen right out from under them.

After his segments with Alex Jones, Callaghan interviewed a family down the ‘Q’ rabbit hole. The children in the house were so bent on every Republican conspiracy theory their parents talked about;t they believed everything about aid to them and were devastated when Q went radio-silent and the son even told Andrew, “Was this all worth it?” He contrasted this family with a family in the projects only a few blocks away from this family: They were scared, trying to escape poverty.

They had seen their family locked up or killed right in front of their eyes which added weight to the documentary and tugged on the heartstrings, which made the viewer feel for the families struggling in their everyday lives.

The documentary's end was what ‘the perfect storm’ was leading to January 6th. Unfortunately, Andrew contracted COVID at one of Trump's rallies, which led him to be bed-ridden on January 6th and watching it from his RV bedroom. They showed clips from several other news sources, independent journalists, and different platforms, which allowed multiple perspectives to be displayed on the day of the Capitol riot.

In summation, the documentary was filmed in the usual style of a Channel Five video, with interviews with normal and maybe a little crazy everyday people. Freestyles and a window into people's lives make his videos more appealing. This documentary is a watch for people interested in the street perspective of an independent journalist who watched many rallies and marches and interviewed many prominent people within the MAGA web. It is available to stream on HBO Max in the United States, coming to other countries shortly.