Are Farm Fires The Major Cause Of Pollution In Delhi? 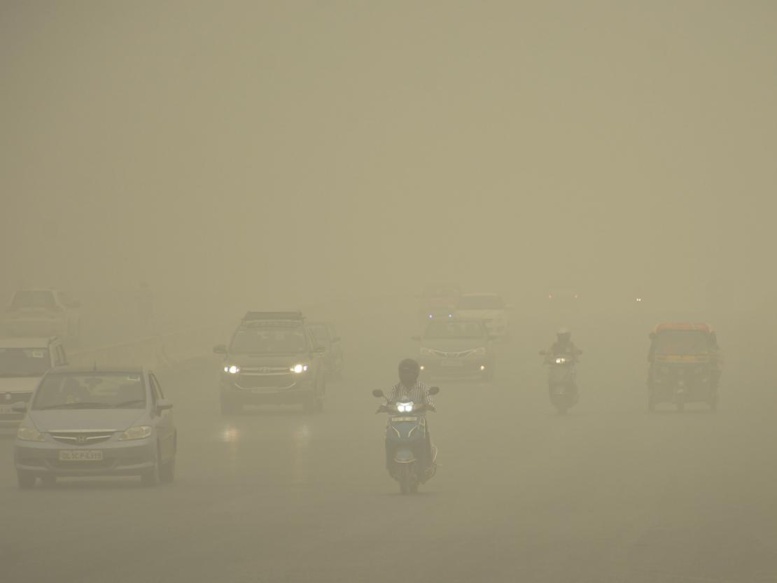 When CoronaVirus was declared as a pandemic, masks were the first thing to be normalized. It was mandated to wear a mask the minute you step out of your door. Everywhere in India, poor to the rich, everyone was seen with a mask on their face. However, the concept of wearing a mask outdoors was not a new concept for the residents of Delhi. Apart from being famous for the Red Fort and Sarojini Nagar, Delhi is also known for its air pollution. In fact, Delhi is known as the world’s most polluted city. Delhi has been fighting the battle of air pollution for more than 2 decades. The Delhi government has been trying to combat this situation since 1996.

In 2016, Delhi faced its first worst smog episode, which was later known as “The Great Delhi Smog of November 2016”. On November 8, 2016, the Air Quality Index of Delhi peaked up at 999 which is considered way worse even than the worst quality. Because of the poor air quality, many airlines canceled their flights. The smog was so heavy that people had trouble looking through it which led to many car crashes and accidents. The lifespan of the residents was severely reduced as breathing in Delhi was equivalent to smoking 50 cigarettes a day. There was a major increase in the number of patients in hospitals and many deaths were linked to the pollution. This had happened even after Arvind Kejriwal, the Chief Minister of Delhi had put a complete ban on firecrackers in 2015. It was suspected that the smoke was caused due to stubble burning in the neighborhood regions of Delhi like Punjab, Haryana, and Uttar Pradesh. However, the smoke got mixed with the pollution that was happening inside due to vehicles and construction. The weather conditions trapped the pollutants in the city resulting in a thick layer of smog. This led to the intervention of the Supreme Court which asked the authorities to work out a plan that will help deal with this crisis. On January 12, 2017, The Ministry of Environment, Forest and Climate Change (MOEFCC) built the Graded Response Action Plan (GRAP). GRAP essentially provided a step-by-step approach to take actions based on the level of pollution. The seriousness of the actions taken would depend on the AQI level. For example, if the AQI level is between moderate to poor, the government will charge heavy fines for burning trash and will enforce a strict ban on fireworks. There will be enforcement of pollution control regulations in industries and brickyards etc. If the AQI level reaches a severe + emergency state, ​​which is considered to be the worst one, no entry will be provided to trucks entering Delhi except for those carrying essential commodities, construction work will come to a halt, schools will be shut down, etc.

Last year, there were more than 57,000 premature deaths due to inhalation of toxic air. This year as well, Delhi woke up to a smoggy morning on November 15 with the air quality reaching 499, one less than the “severe” mark. Delhi Pollution Control Committee shows that Delhi”s air quality deteriorates significantly between November 1 and November 15. Since the ban on firecrackers, people from Delhi and around the country have been blaming stubble burning by farmers for the pollution. Stubble burning was banned in 2015 as well, but the ban is implemented very weakly. This time the Supreme Court put out an official statement saying “There is no basis for hue and cry about farm fires when stubble burning contributes to only 4 percent of air pollution.” According to the apex court, the three major causes worsening the air in Delhi and contributing to 75% of pollution are transport, dust, and industry. The supreme court has asked the center to take appropriate measures like halting construction, industry, power, and transport as they play a key role in increasing pollution. It has asked the government of India to organize an emergency meeting immediately to tackle air pollution as soon as possible."So far, as stubble burning is concerned, broadly affidavits state that their contribution is not so much except for two months. However, at present a good amount of stubble burning is taking place in Haryana and Punjab," the bench said.

However, the Commission for Air Quality Management in NCR says otherwise. Arguing the Supreme Court’s statement, has pointed out the contribution of stubble burning to be 35-40% in the pollution.

“Post-Diwali, there has been a spurt in the number of fire incidents owing to paddy stubble burning, particularly in Punjab where about 42,285 farm fires have been reported in the last 10 days alone, out of a cumulative fire count of 62,863 till November 13 this season,” the commission recorded in its November 14 meeting. According to the official data, the pollution caused by stubble burning changes daily. It was 10% on the day when SC passed the statement but reports inform their total contribution as 48% a week back. Similarly, the ban on fireworks, though stricter than stubble burning, has not been implemented properly in all the states. Delhi was accused of not taking timely measures to curb the pollution. The apex court also expressed its displeasure for the Delhi government and said that it is “passing the buck to the Municipal Commissioner." "This kind of lame excuse will force us to hold an audit of the revenue you are earning and spend on popularity slogans," it said. A senior advocate, Vikas Singh said that AAP and the center are not accusing the farmers due to the upcoming elections and suggested that stubble burning be regulated and not banned. In response, the court said that it wants nothing to do with politics, it only wants the pollution to decrease. If required, there could be a lockdown in the city if the condition worsens. However, a lockdown was the last step advised by SC, the first two being starting an odd-even vehicle scheme and banning the entrance of trucks. It has also asked the Delhi Government to acquire more mechanized road sweeping machines which will help in the reduction of pollution caused by dust particles. The Delhi Government is ready to take the required steps and even a lockdown, if necessary. As of now, schools are not allowed to take physical classes this week, government employees will work from home and private offices are advised to do the same. Construction and deconstruction activities will come to a halt till November 17.

Air pollution has been a major life-threatening problem of the city, which could be a catastrophe considering the already existing coronavirus that weakens the lungs. If immediate measures are not taken for the long term, Delhi soon might turn into the Chernobyl of India.