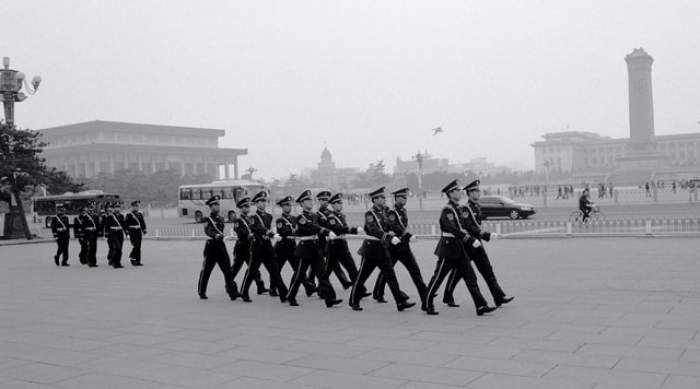 It's about time we looked into China's aggression towards small countries. Tokyo reported China's provocative reactions towards them and this is becoming fast becoming a norm unless firm decisions are taken to restrict them.

In a short space of time, China has clashed with Malaysia and Vietnam in the South China Sea, Taiwan, and Australia. Chinese provocations are escalating. They are pressuring Taiwan with night drills in the Taiwan Strait. And threatening Australia with boycotts of wine, beef, barley.

It seems like a movie but China's aim is to conveniently overtake these countries with their fishing boats and coast guard ships. Presently, they are engaging in a robust cybercampaign to protect the Communist party interest. The Chinese government is offering a false allegiance to countries that goes contrary to their policies.

A new UN report is reportedly revealing North Korea as probably developing the capability of putting nuclear devices on ballistic missiles. If this report is true then it means that the US has consistently failed in stopping them. And the world is more at a dangerous place.

According to Steven Ganyard USMC (Ret), any country that has the capability to have nuclear weapons or threaten another country with nuclear weapons should have the following:

. The Rocket: the rocket should be able to go a long way.

It should be able to make nuclear weapons and make it small, yet thin enough to travel long distances.

We've seen the first two out of North Korea, but what we haven't seen is the ability of North Korea to build it to survive reentry. The heat that is caused by reentry is huge. Recently, the Dragon space capsule came down after a three-day mission. It is believed the early return is as a result of overheating. It's the same idea when it reenters the atmosphere, it gets very hot and lacks the capability to survive reentry.

The fourth thing North Korea has failed to demonstrate is the ability of the target to put the nuclear somewhere in the place where they want it to land. Is this a bluff because they don't have the ability to land or reenter? Time will tell. What we do know is that North Korea believes having nuclear weapons will protect them from invasion from South Korea and the United States.

The rise in nuclear weapons, mini-nukes, is turning North Korea into an isolated nation. On the other hand, Beijing’s obvious aggressiveness is hastening long-standing discussions about the primary costs of reliance on China.

In the face of uncertainties and Beijing’s objections, several provincial governments are lauding Taiwan’s highly successful COVID-19 comeback. And how they are giving support for reclaiming its observer reputation in the World Health Assembly.

Chinese cyberbullying has become a common occurrence. Recent findings reveal that both cyberbullying victimization by the Chinese government and perceived online disinhibition enhances the intention to perpetrate cyberbullying across the country. The aftermath is leading to several crises in the country. And causing them to be more aggressive in their approach.

The United States and China have a remarkable chance to build equal and capable regional partnerships, but first, they must be willing to compromise. Undoubtedly, China has the power to impose its authority. Yet, it can become its own enemy if it continues to be aggressive to other nations. Chinese aggression will end up pushing its enemies to become friends.

In the words of John Cornyn - "He commends India's commitment to stand up to China and their ability to maintain a free and open Indo-Pacific. He reiterated the need to support Indian as they defend against Chinese aggression"

Mark Warner stated that the death of over 20 Indian soldiers during the June 15 conflict between China and India is a wake-up call to China's aggressive actions towards other nations. The conflict arose as a result of minor military confrontations along the Line of Actual Control (LAC) that separates the People's Republic of China (PRC or China) and the Indian regions of Ladakh and Sikkim.

Photo by Hennie Stander on Unsplash

TheSocialTalks is a global youth initiative with a mission to empower youths and make their voices count.

Join us today and make your voice count!