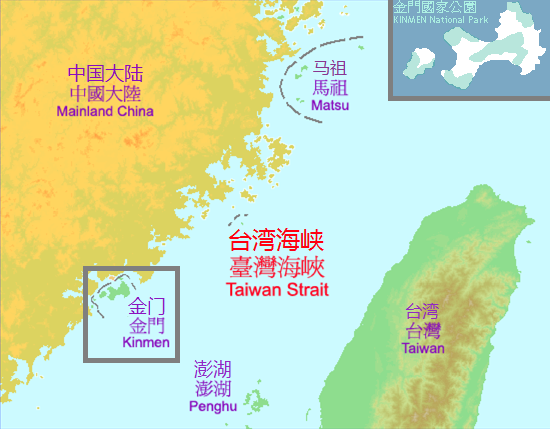 U.S. President Joe Biden’s first visit to Asia is a lively one. In a joint press conference with the Japanese Prime Minister, when asked about whether the United States would militarily intervene in the Taiwan Strait if a war happens, Biden said “yes” and added that “this is the commitment we made.”

His words, of course, have caused a callous response from Beijing. “On issues concerning China’s sovereignty and territorial integrity and other core interests, there is no room for compromise,” said Wang Wenbin, a spokesman for the Chinese Foreign Ministry.

“We urged the US side to earnestly follow the One China principle ... be cautious in words and deeds on the Taiwan issue, and not send any wrong signal to pro-Taiwan independence and separatist forces — so it won’t cause serious damage to the situation across the Taiwan Strait and China-US relations.”

While Taiwanese media and hawkish American groups are thrilling, the United States Government has not made any substantial policy change to get closer to Taipei, at least on the trade and economic level.

The fact is the United States has never made a clear official commitment regarding the military support for Taipei before, though it may think so in its deep mind. It acknowledged the legitimacy of the People’s Republic of China and aborted the diplomatic relationship with the Republic of China that fled to Taiwan. America’s policy over the Republic of China or Taiwan is widely described as “Strategic Ambiguity,” namely, making no official statement about whether the two Chinas should be unified as one but claiming there is only one China. This policy is also known as the “One China Policy.”

Biden’s words are a bombshell because there is no signal before showing that the United States is making such a dramatic shift. Therefore, international observers and scholars doubt whether the President was having a slip of the tongue, given that he has done some similar things before.

What his subordinates did after the press conference seems to corroborate this doubt. For example, a White House official told Fox News journalist that “there is no change to the policy. The President reiterated our One China Policy and our commitment to peace and stability across the Taiwan Strat.”

Similarly, another White House insider told a CNN journalist privately that “there is no new US-Taiwan policy. The president said the US would intervene “militarily,” meaning providing weapons, not deploying US forces consistent with the 1979 Taiwan Relations Act. 1.”

The New York Post even starts its article with “who’s in charge here anyway?” to comment on the White House’s continuous efforts to walk back the President’s words.

Nevertheless, between “Strategic Ambiguity” and “Strategic Clarity,” some scholars believe the United States is taking a third way to reposition itself in the Taiwan Strait. For example, Dr. Daniel P. Drezner, an IR professor from Tufts University, argued that “there is ‘uncertainty’ about whether the United States was shifting away from its policy of strategic ambiguity.” He added that “this suggests that what has changed is not the US policy of strategic ambiguity, but rather the means through which the ambiguity is communicated.”

Despite all the exciting signals from Washington, Taiwan is not a part of any international trade institutes led by the US.

The Trans-Pacific Partnership (TPP) was originally an idea by the Obama administration to counter Beijing’s economic influence in the Asian Pacific region. In the Trump era, this institute was formally established and was gradually enlarged in the late Obama era. Taipei was working hard to join this institute, and Washington was preparing for it. However, President Trump withdrew the United States from the institute, and it changed the name to Comprehensive and Progressive Agreement for Trans-Pacific Partnership (CPTPP). The mission became much more complicated for Taipei.

But still, in May 2021, Taipei formally applied to join CPTPP a week after Beijing’s application. Under pressure from Beijing, Taipei’s application is processed slowly. People on Taiwan Island gradually lose hope of joining it.

Back to Biden’s visit. One of his primary missions is establishing the Indo-Pacific Economic Framework (IPEF). This framework was put forth in the Trump era but remained a draft until October 2021. However, IPEF is not a Free Trade Agreement (FTA) like TPP or CPTPP. Countries in IPEF, including Australia, Brunei, India, Indonesia, Japan, Republic of Korea, Malaysia, New Zealand, the Philippines, Singapore, Thailand, and Vietnam, are not working to remove the tariffs but to build a mechanism that controls natural and industrial resources. For example, rare soil and semiconductors.

As this long list shows, there is no Republic of China or Taiwan. This is counter-intuitive because the Taiwanese economy is more significant than many Southeast Asian countries on the list, and Taiwan is famous for its semiconductor.

An interesting paradox, therefore, has been formed. On the one hand, President Biden is showing great oral support to Taiwan; on the other hand, Taiwan is quietly excluded from any international economic institutes.

Nonetheless, Taiwanese elites, especially academia, seem to be optimistic about closer trade and economic relationships between Taipei and Washington. On a TV news briefing, Liu, Da-Nien, the Director of Chung-Wa Institution for Economic Research, said that Taiwan would finish the final step of signing a bilateral trade agreement with the United States.

From the Ban of Grouper to the Roman of Three Parties