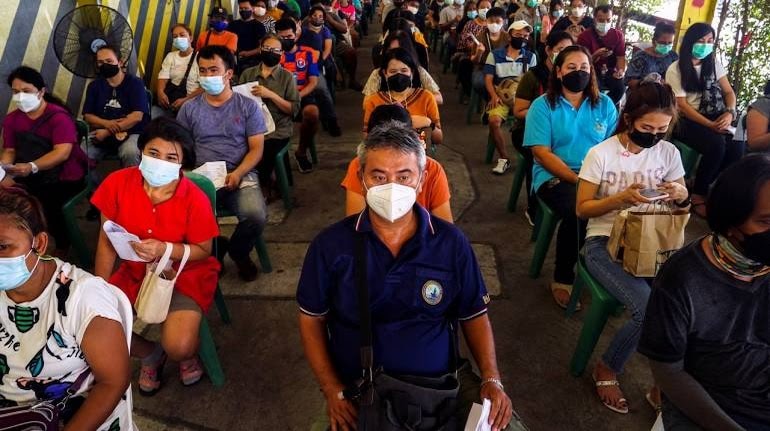 The whole world is facing the effects of Covid-19, but Indonesia has recently witnessed a massive surge in Covid cases, more than triple the cases before. According to the Health Minister, Budi Gunadi, 'the spread of the new virus variant is fast, and Delta has got a grip over the world.' Sources say the new variant came from India because of a trade by seaports and carriage of goods from the country, but experts believe that the Delta variant is not the primary problem, but the Alpha variant. The recent surge in Covid cases took place because of a lack of preparation by the Indonesian government, the absence of cohesive health policy along with weak contact tracing, and privatization of the testing regime led to the recent surge. After people started traveling to their hometowns when Ramadan came to an end, they completely ignored travel bans, which led to a spike in all active cases.

According to government data, around five to six million people moved between different cities of Indonesia, especially the two populated islands of Java and Sumatra, for holidays. Udayana University professor, Gusti Ngurah, stated that due to the government's late action and failure to curb the Covid spread, it blamed the new Delta variant, which has not affected Indonesia as much as the Alpha variant. The health data has not disclosed the Covid cases due to underreporting and panic in the country. Delta variant is being used as a scapegoat to hide the mismanagement by the government. The recent increase has not stopped people from traveling and disobeying Covid restrictions, leading to failed Covid testing.

The situation will get worse if not controlled, according to health officials.

The government must ramp up its Covid testing, isolation, and vaccine. Dr. Dicky Budiman, an epidemiologist from the Indonesian Ministry of Health's Pandemic Management, has stated that the Delta variant is more infectious, but the Alpha variant is more deadly in Indonesia. He states; Currently, the spread of the Delta variant is small, while the Alpha variant is being spread by community members who disobeyed the travel ban. Dr. Budiman believes that if the situation doesn't get under control, it will be a matter of time before the Delta strain brings havoc, and soon, the fate of Indonesia will be like India. The Delta variant is hitting hard on those countries which cannot maintain social distancing, mask wear, contact tracing, and vaccination. According to recent data, only 1% of positive Covid cases in Indonesia have genome tracks.

Indonesia, which started its vaccine trials back in January with China's Sinovac, has vaccinated only 4.3% of its population. The government also started door-to-door vaccination in the Cianjur regime in West Java earlier this month. Covid has not only taken lives, but it has affected the economy as well, especially when 10% of Indonesia's population is below the poverty line. The Indonesian government has now planned to start micro-lockdown to target places with high infections. It will lead to target isolation with treatment, strict regulations, and limited shopping. According to health officials, the situation is terrible. But if the government ramps up its vaccine drive, it is not too late to prevent the peak. The strategy is to enforce health protocols, testing, contact tracing, and vaccination.

Ten years old, Aisyah found her mother's body after she died from Covid-19. The death of her mother has left Aisyah an orphan, as her mother was a single parent. Aisyah stated, ''It is so hard without her. I saw mom talking to a pillow. I was wondering why she would do that? At last, it was about an hour, and I was thinking, mum never slept, so I shook her to wake her, she didn't.'' Many young children like Aisyah have lost their parents.

Shortage of oxygen and ventilators

Many healthcare workers have died of Covid even after being vaccinated. Hospitals are facing an acute shortage of beds, oxygen, and equipment. In many cases, young people who were fully vaccinated have been tested Covid positive and are being treated. The current vaccine rollout in Indonesia is China's Sinovac, as it has shown lower efficacy than other vaccines. Indonesia, which is currently among the worst hit nations in Asia, has witnessed growing concern about both the Covid variant. The government has started its vaccine drive, but there is a belief among the citizens of Indonesia, that the pandemic is a conspiracy, formulated by the elites. 1 in 5 Indonesian believe Covid to be a hoax.

West Java's governor Ridwan Kamil announced restrictions in the province by postponing the opening of schools and encouraging work from home. According to health care workers, the situation is terrible, and they are trying their best, but they are humans, not robots. What if all the hospital staff falls ill? It is up to the government, the people of Indonesia, to follow the restrictions, and get vaccinated so that lives are saved.