Data Centers and The Importance of Waste Energy 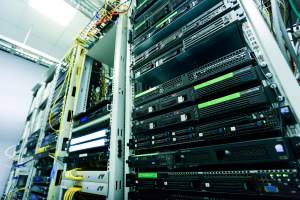 According to the International Energy Agency (IEA),  in the past year, global Internet traffic increased by more than 40% as a result of online streaming, online working, online gaming, and social networking. Most of the global Internet traffic goes through data centers and the amount of energy needed to run these sites is enormous. The electricity consumption of data centers in 2020 registered something between 200 and 250 Terawatt (TWh) or 1.1-1.4% of the global electricity use (IEA).

As a result of increased connectivity, demand for data center services and energy consumption (mostly electricity) is rapidly increasing, raising important questions about their sustainability. Data centers currently account for more than 2% of global carbon emissions. However, these numbers are expected to rise in the coming years. According to Climate Change News, by 2040, data storage might account for 14% of the world’s carbon emissions.

Data centers are data processing facilities that contain processors for data analysis as well as cooling systems that allow them to function. The electricity used to power and cool servers inside data centers contributes substantially to pollution and energy waste. Important progress has been made in dealing with the issue of waste heat, with new techniques capable of reusing the heat generated by the use of serves to create heating systems - centralized heating units capable of heating multiple buildings.

The use of waste heat from data services is expected to be one of the major energy trends in the near future, particularly in Northern countries where the demand for heat is high. According to the findings of a study published by Elsevier - Utilizing Data Center Waste Heat in District Heating - data centers can be used as safe and reliable sources of energy. In the case study (Espoo, Finland), the increased use of heat waste calculated between 20 and 60 MW resulted in energy savings ranging from 0.6 to 7.3 percent.

Improving the sustainability of data centers has become a long-term goal in Northern countries. Recently, the Norwegian Ministry of Energy, Tina Bru, has formally required that data centers and other large electricity-powered plants must analyze whether they can utilize their waste heat. This proposal comes from the EU’s energy efficiency directives, but Norway’s implementation is going beyond the EU requirements. As reported by Datacenter Dynamics, Tina Bru stated that “plants that are covered by the EU directive and have thermal energy, they are required to utilize the waste heat”. She added “The need for electricity is getting bigger and bigger because we have to electrify more to achieve the climate goals. So we must also make sure that we use the energy we already have as efficiently as possible [...]”.

Data services, as structures that we all indirectly use in our daily lives, are at the center of debates about climate change and sustainability.  Digital giants from Silicon Valley have been called out for their environmental impact. Amazon, Google, and Microsoft, as the top three cloud providers globally, account for nearly two-thirds of all rentable computing

Among the three, Amazon remains the least transparent with no explanation on how it intends to achieve renewable goals, reduce CO2 carbon footprint or provide simple information on its energy strategy. Amazon's energetic commitment only covers its own activities and electricity usage leaving out its supply chain, which accounts for more than 75% of its total carbon footprint.

As for Microsoft, in 2020, the tech giant increased its renewable goal from 70% by 2023 to 100% by 2025. It also stated that by 2030, it would have eliminated all of its carbon emissions. However, as addressed by Greenpeace, what Microsoft is missing is a greater focus on the leading cause of climate change: fossil fuels. Microsoft’s contracts with fossil fuel companies drilling for gas and oil are inconsistent with the company’s broader environmental mission.

Since 2012, Google has set long-term environmental goals becoming one of the leading investors in the renewable energy sector. Google is one of the most transparent companies when it comes to reporting on its energy demand and sources. However, like Microsoft, Google is still substantially reliant on fossil fuels in its AI contracts with oil and gas companies.

The concept of reusing waste heat is a way to improve a data center's energy efficiency. By being a direct product of data center, waste heat must be used making it an economically, environmentally and technically sustainable practice. Most European data centers have taken actions to limit carbon emissions by slowly transitioning to more sustainable models and reducing their reliance on fossil fuels. This, however, is insufficient.  In order to achieve further goals in climate and environmental protection, governments and companies must go beyond standard processes, focusing on both renewable energy production and waste reuse.