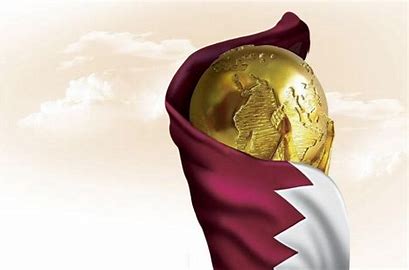 Along the Southern coastline of the Arabian Peninsula, the world’s leading oil and gas producer, Qatar, has revealed signs of a struggling economy over recent years. The gas-rich nation’s GDP experienced significant contractions during the 2020 pandemic, with net negative real economic growth of -3.6%, which has only recently started to recover. This and the fact that the economy’s historical growth rates have followed trends of decline from a peak of +28.1% in 2006 to a present +3.4%, has meant that the ambition to host the 2022 World cup has imposed great uncertainty.

After the 2014 Brazilian World cup, Qatar was chosen as the tournament’s next host. Reasonings for this are highly argumentative – some forwarding its benefits of being a small country with fantastic stadiums and transport whilst others have suggested that it has been selected based on bribery between FIFA officials. Regardless, Qatar will be the first Arab nation to host the World cup hence the nation showcasing the Middle East to the world.

Construction for the World cup began in November 2015, which has incidentally coincided with declining trends of GDP per capita (constant LCU) not previously witnessed. Drops of near twelve per cent – according to World Bank data - are seen between 2015-2021 after peaking in 2011.

Once looking at economic data for Qatar, this trend is rather unsurprising.

Between 2015 and 2019, the economic growth percentage declined incrementally from 3.7 to -0.2. Industrial production has slowed from 2.1 to -1.7 and, despite the non-energy sector remaining relatively stable, its main exports of oil and gas showed net declines once again in 2019 onwards after a brief two-year positive between 2017-2018.

The key takeaway from this is that Qatar’s economy, at present, is struggling and, with the World cup date growing ever closer, the nation has and will continue to feel a sense of urgency to invest further money to achieve its completion deadlines despite its well-documented controversies and economic bottlenecks.

Qatar’s suitability as a host country remains debated but largely dire; with harsh migrant working conditions, slavery allegations, deaths, and upward costs of approximately £138 billion or sixty-times what was spent during the South African 2010 World cup all in addition to existing cultural and political issues.

It can be said that despite the optimistic vision for the tournament to benefit the Middle east’s domestic and international recognition, its precarious economy and well-documented hospitability concerns are indicating that it may bring short-term benefits but mostly long-term negative repercussions.

The first match between Qatar and Ecuador commences on November 20th at 4 pm GMT and ends at 3 pm GMT on the 18th of December between the final victors. Until that final day, Qatar will be leading the World cup regardless of its disputes, costs, trade-offs, and economic struggles.