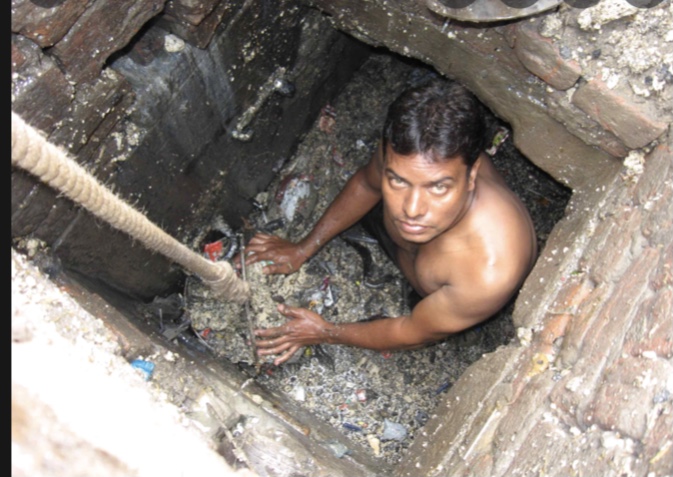 Two members of the Delhi Commission for Safai Karamcharis have appealed to the Arvind Kejriwal government to hike the compensation paid to the kin of workers who die in accidents related to cleaning sewers in the city from the existing Rs 10 lakh to Rs 25 lakh.

In a statement, they also pointed out that the families of several workers who died while cleaning sewers  are yet to receive due compensation.

The members, Anita Ujjainwal and Ravi Shankar, also requested the government to treat cleaning sewers without proper safety gear as a crime.

They expressed "serious concern" over the incidents of deaths in sewage-related works in the national capital in the "absence of proper equipment and safety measures".

"We appeal to the government to increase compensation for death to Rs 25 lakh as the earlier sum of Rs 10 lakh was fixed way back in 2014," they said in the statement.

It is "most unfortunate" that out of 99 cases of sewer deaths in Delhi till May 19, 2022, no compensation has been paid in four cases, the two commission members claimed and urged Lt Governor V K Saxena to fix responsibility in the matter.

According to R. Subrahmanyam, Secretary Ministry of Social Justice and Empowerment, municipalities and corporations that can completely mechanise the process of sewer cleaning have been asked to send their proposals. The ministry will then identify those who need subsidies to buy mechanised sewer cleaning machines.

"Two months back, there was a meeting with municipal commissioners, and 200 said they are ready to make their municipalities completely mechanical. We have asked them to send their proposal," Subrahmanyam told ThePrint.

The draft Prohibition of Employment as Manual Scavengers and their Rehabilitation (Amendment) Bill, 2020, proposes to mechanise the process of cleaning sewers and septic tanks entirely and provides a legal basis for compensation for fatalities.

According to the Social Justice and Empowerment Ministry, despite a ban on manual scavenging from 1993, 620 deaths of sanitation workers (while cleaning septic tanks and sewers) have been reported, of which 88 occurred in the past three years.

What is manual scavenging?

The practice of manual scavenging is linked to India's caste system, where so-called lower castes were expected to perform this job.

Manual scavengers are amongst the poorest and most disadvantaged communities in India.

Frequent deaths occur as manual scavengers don't even have adequate tools and protective gear to clean the maintenance hole. It often involves using virtual devices such as buckets, brooms and baskets.

The act prohibited the employment of manual scavengers for manually cleaning dry restrooms and constructing dry toilets (that do not operate with a flush).

It provided for imprisonment of up to a year and a fine.