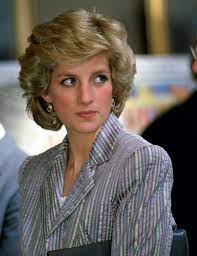 Diana on August 30th, 1997 was traveling with her rumored boyfriend, Fayed arrived in Paris. She along with Fayed left the hotel, driving on Mercedes Benz for Fayed’s Private Estate. The driver consequently was driving at 70 mph resulting in loss of control of the car. Fayed and Paul were pronounced dead while Diana had faced a severely broken arm, cut high, and massive chest injuries. Even though operating for two hours, the doctors tried retaining her. Unfortunately, she passed away on August 31st, 1997. Diana had a shocking death and her injury flabbergasted her. She kept on repeating, “What has happened?” turning her head to see the dead bodies. Next, she rolled her eyes and passed away. Reports suggested that an EMT collided with the tunnel at the same time.

Dr. Richard Shepherd, Britain's top forensic pathologist, concluded in 2019 that Diana died as a result of a tiny, poorly placed tear in the vein of her lung. The forensics are shocked, they haven’t seen such a disease in their entire career. Shepherd wrote in his book, Unnatural Causes, which was excerpted in The Daily Mail. Shepherd is of the opinion that a simple seatbelt would have saved the lives. It was Diana’s Bodyguard who was wearing the seatbelt, survived the accident. Investigation suggests that Paul was deeply drunk, his blood had traces of alcohol limit. He was in a reckless mode drinking and driving. Her death has rumors and deep stories involved in it. The paparazzi wished to get a glance of them, Diana and her boyfriend for publishing another burning story. Conspiracy theory suggests that it’s not an accident.

Another theory holds that Diana was terrified of such an attack. Diana's former butler published a note Diana wrote shortly after her divorce from Charles in 1996, when she was at her lowest and most paranoid. "I am sitting here at my desk today in October," she wrote, "longing for someone to hug me and encourage me to keep strong and hold my head high. This particular phase in my life is the most dangerous. X is planning 'an accident in my car, brake failure, and serious head injury in order to make the path clear for Charles to marry." However, conspiracy theories were all shattered. Neither of them was deemed true. There was no claim of money or property. It was considered a “tragic accident” Brown writes. The officials and as well as the French disposed of such allegations. Diana, arguably the most famous woman in the world, spent her entire life being followed by the paparazzi. It's not surprising that evidence of her death was also captured, but it's still shocking.

Glamour bought doom to the lady. The paparazzi present at the scene, according to Stephane Darmon, a motorcycle rider for one of the paparazzi who chased the Mercedes that night, did not help the car's doomed passengers. Instead, they snapped photos. "Because the light [from the flashes] was so bright, I couldn't see the car any longer. It was constant "Darmon revealed this to The Guardian in 2008. Seven French photographers were arrested and questioned by police in the immediate aftermath of the accident. According to the New York Times, nine photographers who followed the Mercedes and took photos after the crash were charged with manslaughter, but they were not found guilty. Three photographers, on the other hand, were found guilty of invasion of privacy and fined a symbolic 1 euro.

Prince Harry expresses his rage at the aftermath of his mother's death. "I was furious at what had happened to her—and at the fact that there was no justice at all." Nothing came of it. The same people who chased her into the tunnel photographed her as she died in the backseat of that car.Diana Spencer became Princess of Wales at the age of 20 in a lavish wedding ceremony at St. Paul's Cathedral, which was televised to a global audience of 750 million. So much would occur over the next 16 years. Diana and Charles divorced in 1996. Diana would leave her young sons behind the following year when she was 36. At the time of the crash, Diana and Charles's two sons, Prince William and Prince Harry were on vacation at Balmoral Castle in Scotland. They were understandably devastated by their mother's death.

Queen Elizabeth II, according to Prince William, shielded her grandsons from the ensuing news circus. William recalls that they had enough tie to mourn in privacy and take time to grieve. They were surprised at the outpouring of grief. Following the accident, Queen Elizabeth chose to spend time with Harry and William in Balmoral, Scotland and planned to return just before the funeral. However, the queen—and the royal family—were chastised for failing to address a nation in mourning right away. Mary Francis terms it to be a personal tragedy that led to immense taking time to come out of it for the entire family. It should not be surprising that they failed to address the nation as its loss of its own. Finally, on September 9, 1997, the queen delivered her first live broadcast since the Gulf War in 1991.

"We've all experienced those emotions in the last few days." So what I say to you now, as your Queen and grandmother, I say from the heart," the Queen began her speech. "First and foremost, I'd like to pay tribute to Diana. She was a remarkable and gifted human being. She never lost her ability to smile and laugh, to inspire others with her warmth and kindness, in good times and bad. I admired and respected her for her energy and dedication to others, particularly her devotion to her two sons." Diana's funeral was attended by around 2.5 billion people. Condolences arrived from different corners of the world. The most devastating site was young Harry and William carrying the coffin while thousands of spectators watched them from Buckingham Palace to Westminster Cathedral. It’s a tragedy for a child to see it, be a part of it. There’s no sorrow more than it.

Harry said in 2017 BBC news said, “That walk was one of the most difficult things I've ever done," Prince William said in a 2017 BBC documentary titled Diana, 7 Days. "It was almost as if she was walking alongside us to get us through it." During Diana's funeral, attendees reflected on the attention that defined her life and death. Lord Spencer, Diana's brother, blamed the crash on the media and dubbed his sister the "most hunted person of the modern age." Elton John performed a reworked version of his 1973 hit "Candle in the Wind," with the lyrics rewritten to be about Diana. Diana was buried at Althorp in Northamptonshire, England.