Estonia: Between Geopolitics and Memory Politics 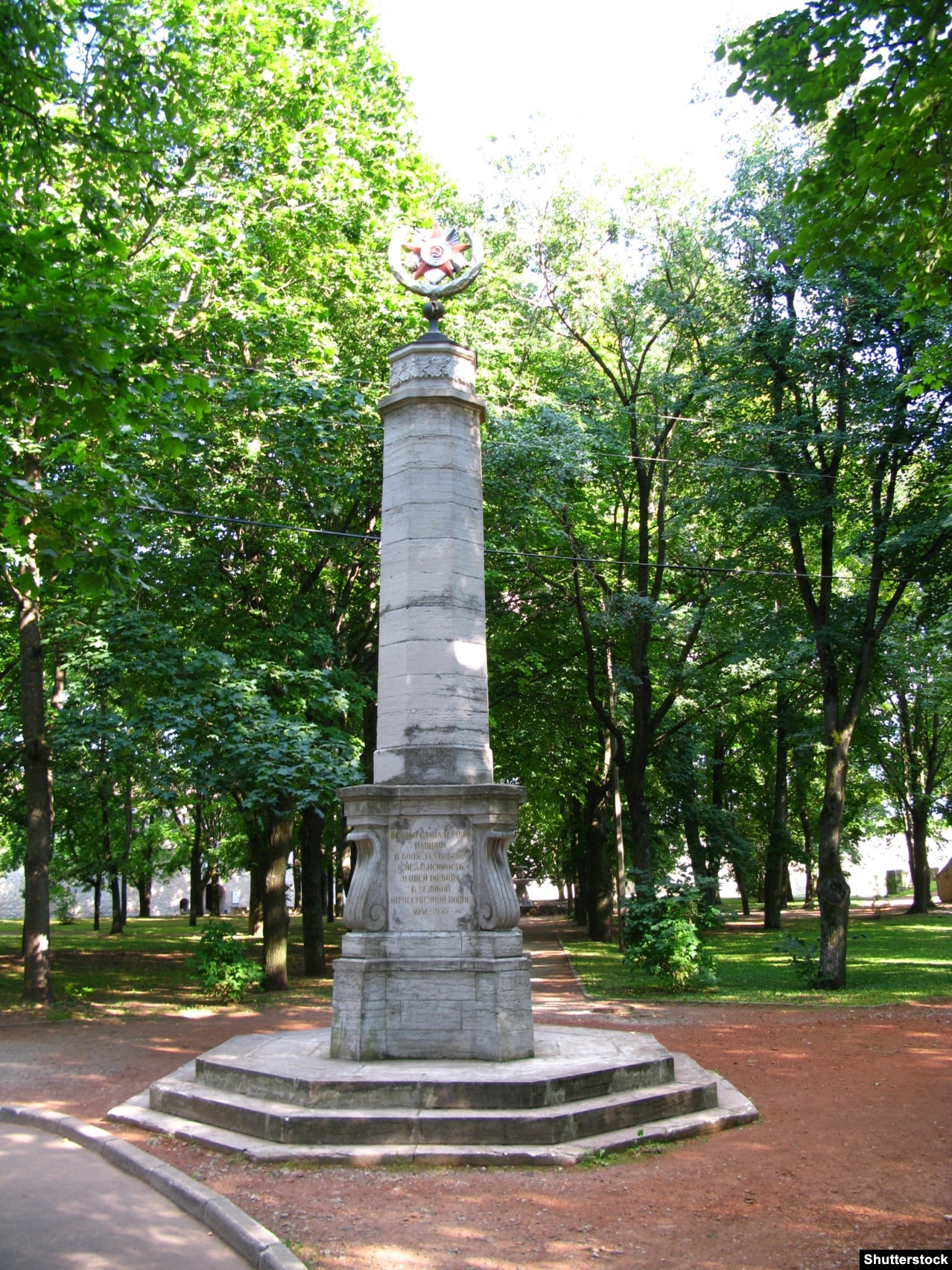 A monument in the memory of the soldiers who fell during World War II in Narva, a northeastern town in Estonia on the border with Russia.

On August 16, the Estonian Prime Minister, Kaja Kallas, announced in a Twitter post that her government had decided to remove all Soviet monuments from public spaces. The decision was grounded on the fact that these historical reminders have recently turned into a dangerous source of social tension in the country, given the presence of a robust Russian minority.

The number of Russians in Estonia amounts to 322,700, 90,000 of whom are also Russian citizens in a country with a population of 1,3 million. Removing Soviet symbols in a place where a considerable part of the population attaches historical and emotional value makes their removal a controversial move. This decision raises questions about the way the small

Baltic country deals with memory politics and the degree of geopolitical calculation involved in this decision.

The controversial Soviet symbols are an inextricable part of the Russian minority's historical heritage in Estonia. As the dismantling of Soviet monuments is currently going on in the three Baltic countries at a fast pace, the Kremlin intervened with a powerful statement. Moscow condemned Estonia, Latvia, and Lithuania for their Russophobia and for treating Russian minorities as second-class people. Russian media and schools reinforced this statement, and kindergartens were also closed. As a result, Russia will have repercussions on their bilateral relations. The overall approach was defined as "neo-nazi" by Moscow, a word with particular relevance as it was repeatedly used by the Russian internal and external propaganda machine to justify the intervention in Ukraine.

In the recent past, Estonia registered a similar attitude in Estonia after the relocation of the Bronze Soldier statue. This monument was erected by the Soviet authorities to commemorate the Soviet army that entered Estonia to liberate it from the Nazi German yoke in 1944. In 2006, the Tallinn City Council was required to demolish the monument after the conservative party's intervention. In 2007, the new government managed to transfer the controversial memorial instead. The relocation was justified because the current location was hectic in downtown Tallinn and, as such, not a respectable resting place. Nevertheless, the decision triggered several riots in the city.

The removal of Soviet symbols could have even more substantial repercussions on the future coexistence of Estonians and Russians, as this is not just about relocation but elimination altogether. It can be, therefore, turned into a subject of memory laws, namely state-approved interpretation of past events and worthy victims. Furthermore, memory law guides state intervention regarding selecting specific historical events and heroes with a pre-determined arrangement; removing certain historical symbols could also be interpreted as state interference in the rights of a minority to its past.

The Prime Minister's decision came a little while after the country stopped issuing visas to Russian citizens. If not correctly handled, this issue could risk being trapped in an equally dangerous double-standard logic. A parallel can be drawn between Poland and the recently issued memory laws. In 2016, the Polish Parliament passed a law geared at limiting and ultimately prohibiting the propagation of totalitarian regimes' symbols, first and foremost the communist ones. This measure was promptly dubbed the "street de-communization law" as it aimed to remove contested marks from buildings, streets, and whatnot linked to public services. In 2017, the law took a step forward by including the removal of monuments as well.

Ulad Belavusau, a researcher at the Asser Institute, highlighted the impact of this law on national minorities in Poland. He provides a telling example concerning the Belarusian minority in the country. Under this law, the name of the prominent Belarusian linguist, Branisłaŭ Taraškievič, was removed from a street and a school in eastern Poland. As the removal of objects and symbols related to minorities' memories raises legal issues, particularly human rights ones, the example of Poland triggered constitutional debates on a European level. Yet, according to the researcher, matters concerned with memory politics and minorities' rights have been neglected in the European constitutional discussions. The essential element is that a connection has been made between Poland's recent attitude vis-a-vis these issues and the overall decline of the rule of law in the country.

If this is the case, Estonia could fall into the same rule-of-law-decline trap.

Some comments on Kaja Kallas' recent statements seem to be pointing to this. For example, despite the Prime Minister's comment  that "Soviet monuments with historical value will be removed to the museum, not demolished. We try to preserve as much as possible, so that future generations can learn from those painful lessons," several users disagreed. While some applauded the decision, many users labelled the initiative as shameful, declaring that these are symbols of victory over fascism, something the Estonian political class considers problematic.

It is a situation that raises questions at a domestic and European level. Firstly, it cannot be neglected that this decision could deepen the rift already present in Estonian society between ethnic Estonians and its robust Russian minority. The Bronze Soldier-related riots that occurred some years ago should not be forgotten by the government and should be considered a severe reminder that minorities should not be mistreated, regardless of their ethnic affiliation. Secondly, on a European level, such a decision should be thought-provoking and trigger discussions, at least in theory. Finally, let's not forget that Article 21 of the European Charter of Fundamental Rights stresses the principle of non-discrimination. As the article runs: "Any discrimination based on any ground such as sex, race, colour, ethnic or social origin, genetic features, language, religion or belief, political or any other opinion, membership of a national minority, property, birth, disability, age or sexual orientation shall be prohibited." Moreover, the article makes clear that discrimination on the basis of nationality should also be banned.

The same principles are confirmed and supported by the Council of Europe as one of the central bodies concerned with the protection of minorities. One of the Council's tasks is to enhance democratic stability and enact confidence-building measures within civil society. Moreover, the Council's actions and principles are enshrined in the Framework Convention for the Protection of National Minorities (FCNM), the first legally binding multilateral instrument devoted to the protection of national minorities worldwide.

Currently, the paradox is that Estonia is one of the members that signed and ratified the Framework. Therefore, the Parliament's decision to deprive a national minority of the right to their memory can generate controversy as the Framework sets rules concerning minorities' protection in the economic, social, political, and public sphere and the cultural one.

Therefore, Estonia's current state of affairs can generate double-standards-based discussions and criticism. For example, suppose countries like Poland and Hungary are blasted for the visible decline of the rule of law linked to the domestic treatment of their minorities. In that case, someone may wonder what the difference is with Estonia. In her Twitter post, the Prime Minister tried to prevent these questions by referring to issues of social tensions and public order. According to the Estonian government, there are concerns that Russia is exploiting these tensions to spark further divisions.

Given the complex situation, someone may ask two legitimate questions: aren't these minorities' rights protection tools, both at European and domestic levels, designed to prevent this kind of situation? And more importantly, are some minorities considered more critical than others? For example, if Estonia can remove Soviet symbols to avoid social unrest, so can Poland in order to prevent social unrest with the Belarusian community (given the latter's proximity to Russia both geographically and culturally). Moreover, to date, the Russian minority in Estonia is currently living in the European Union as well, and as such, it should feel protected by the tools mentioned before. Consequently, and paradoxically, the small Baltic country, by restricting the cultural rights of its Russian minority, could run the risk of fueling further the already activated Russian propaganda machine against it. Attention to these issues is paramount to escaping the dangerous trap of double standards, which has become a widespread phenomenon in the international arena.