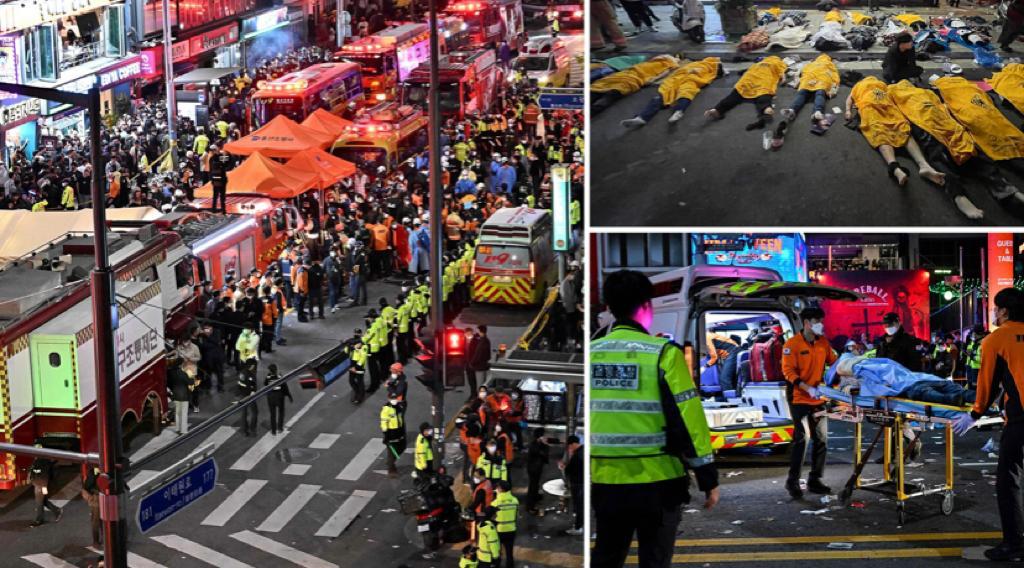 What happened, what led to it, and most importantly, who is responsible are some critical questions we seek answers to.

At least 135 people lost their lives in a stampede at the Kanjuruhan stadium in Malang, Indonesia on October 1. It has been called one of the worst sporting tragedies ever. Following a loss by the Javanese club Arema to rivals Persebaya Surabaya, approximately three thousand agitated football fans poured onto the pitch, initiating stern action by the police. Amidst the firing of teargas on the protestors, hundreds of spectators were crushed as they tried to flee the over-packed stadium.

A fact-finding team established by their President, Joko Widodo, found that the teargas was the leading cause of the stampede. Following the report, the country’s human rights commission came to the same conclusion – most of the victims died due to asphyxiation. The fatalities include 38 children as well. The commission additionally specified seven human rights violations, including the “excessive” use of force and exploitation of children’s rights. Football’s international governing body, FIFA, bans the use of teargas to disperse crowds. So why did Indonesia’s national police have to resort to such continuous firing? Apart from the use of teargas, other factors like locked doors, an overly crowded stadium, and the failure to properly implement safety procedures catalyzed the unfortunate incident.

The human rights body has concluded that the organizers favored commercial interests over safety standards despite warnings from the local police. The match was predicted as a high-risk one, considering the historic rivalry between fans of both teams. An estimated 42000 tickets were sold, which exceeded the official capacity of Kanjuruhan.

What lies ahead for Indonesia? In a recommendation submitted to the government by the human rights forum, a request has been filed to audit all stadiums in the country to ensure adherence to FIFA regulations. President Widodo also recently met with FIFA head Gianni Infantino to jointly agree that Kanjuruhan would be demolished and rebuilt. The former described the events as “a dark day for all involved in football and a tragedy beyond comprehension.” In addition, the international body has set up an office in Indonesia to help overhaul safety measures as the country prepares to host the U-20 world cup in 2023.

On October 29, at least 153 lives were crushed to death during a crowd surge in Seoul’s club district of Itaewon. Most of the deceased were in their 20s, with tens of thousands traveling to the place known for its happening nightlife. The partygoers, some still in their teens, were celebrating Halloween; however, the night was frightful for real. The incident has been described as South Korea’s worst and one of the worst stampedes worldwide in decades.

At around 10:20 pm, chaos erupted. The crowd started gathering in one narrow and sloping alley after it was already packed wall to wall. Soon after, many people fell unconscious, with several others surrounding them, and cried for help. Emergency workers sought to free cramped bodies, paramedics were seen performing CPR on people, and citizen volunteers helped rescue victims as well; as many as 100 people suffered from cardiac arrest after the stampede.

At least 24 nationals from as many as a dozen countries were killed in the crush. South Korean President Yoon Suk-yeol declared a period of national mourning while other foreign leaders like Joe Biden, Emmanuel Macron, Rishi Sunak, and Justin Trudeau expressed their condolences.

Who is accountable? Eyewitnesses have confirmed the lack of security or police presence in the buildup to the stampede. South Korean police investigators have now raided Seoul’s law enforcement and emergency response offices as part of the ongoing investigation. This action comes after demands mounted for the police to explain why they took little action despite receiving multiple calls about the danger awaiting up to four hours before the crush. Police responded to four of the 11 reports by deploying officers to the sites to disperse crowds. However, the officers returned to other duties once dispersed, and no action was taken in the case of the seven remaining emergency calls, according to the Yonhap News Agency.

Responding to massive public outrage over the ignorant management of authorities, the government has promised a speedy and accurate investigation into the case. In addition, the President has called for strict new safety measures to prevent similar accidents in the future.

On October 30, India witnessed one of the worst public safety tragedies in years. A colonial-era bridge situated in Morbi town of Western state Gujarat collapsed. The 754ft. cable bridge was built during British rule in the 19th century. A popular tourist attraction in the state was also known as the ‘hanging bridge.’

After reopening on October 26 after being shut for six months for repair, the Oreva group – the firm in charge of its reconstruction claimed to have spent over $242000 on it. The bridge opened without a fitness certificate. Eyewitnesses say there were more than 400 people on the bridge at the time of the disaster, whereas it could carry barely 150. Several others gathered on it for days preceding the incident without a hint of an approaching collapse.

At 6:40 pm, the bridge went down after swaying vigorously, unable to carry the large crowd. CCTV footage showed a group of young men attempting to take pictures while others rocked the bridge from side to side before they plunged 33ft below into the river. Witnesses nearby described the aftermath as chaotic while people tried clinging on to the remains waiting for rescue teams to come aboard. Many, including children, were swept away by the fast-flowing water. The collapse claimed 133 lives, including a two-year-old child – the youngest victim. The Indian army, navy, and NDR (National Disaster Response) force teams race against time to investigate the area and undertake search operations on boats to find survivors. The police have arrested nine people on charges of culpable homicide, including ticketing clerks who sold more than capacity and employees of the Oreva group.

The visuals from Morbi have shaken the country. Prime Minister Narendra Modi visited the site and met some surviving victims in a local hospital. The PMO later announced the initiation of a “detailed and extensive inquiry” to bring those accountable to justice.

So who bears responsibility for the loss of 130+ lives? Further investigation into the case revealed several lapses on behalf of Oreva authorities and their ticketing officials, who did not consider safety protocols. On Thursday, November 3, teams of the Morbi police raided the firm’s Ahmedabad office after nine of their members were arrested earlier. As per the agreement signed by Oreva, no government agency in Morbi would have any role in the tasks assigned to the company as part of the contract to renovate the bridge. Additionally, as per reports, the firm did not consult any expert or structural engineers during the work, surpassing the final fitness check.

Gujarat Home Minister Harsh Sanghavi has called for multiple criminal cases to be registered and also established a five-member committee to continue investigating the case.

Human history is riddled with many man-made crowd disasters. India’s bridge collapse, South Korea’s Halloween crush, and Indonesia’s football stampede – these three tragedies in Asia cost more than 400 lives in October. Like other such disasters, these, too, were preventable. If only all stakeholders were vigilant, they would not have occurred. As disturbing and haunting as they are, the incidents must serve as stern reminders of what happens when those responsible for ensuring safety are negligent.