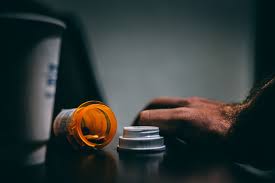 Canada in recent decades has managed to paint a picture of itself that is rosy and inviting. Canada labels itself as a place where diversity is sought after, women are empowered, racism is openly called out and indigenous relations are being repaired-a good but slow process. However, analyzing the details of the picture, we realize that there is a lot more than what meets the eye.

Recently, the Supreme Court of Canada brought into effect a ruling that extreme intoxication would be considered a valid defence for criminal charges like murder and rape. In layman’s terms, this means that an individual can claim that he/she/they were too intoxicated to hold responsibility for heinous crimes like murder and rape. This law was brought into effect after the supreme court decided that a law enacted in 1995 prohibiting this defence was unconstitutional and violated Canadian rights. Therefore, declaring this law unconstitutional and instituting a law where extreme intoxication is accepted as a defence changes the game. If this law is not overturned or amended, extreme intoxication, also known as ‘non-mental disorder automatism’, shall be at the forefront of many criminal cases.

This law not only creates a space for intoxicated individuals to take advantage of vulnerable people but it also allows them to get away with it under the protection of Canadian law. Does Canada truly seek to usurp the rights of those seeking protection, those that are vulnerable, and those that approach the law to protect them from what history could not protect them from? This law means that the vulnerable sections of the population, particularly women, can no longer rely on the law to dispense justice. It is up to the women, children, elderly individuals, members of the indigenous community and members of the LGBTQIA+ community to protect themselves if they get raped or murdered- the law will protect these murderers and rapists on account of the being too intoxicated to control their actions.

Violence, murders, rapes, and sexual assaults-all these crimes affect women and children more than any other section of the population and have left this very section feeling vulnerable and exposed. It seems as if Canada is beginning to deter from its objective role as an inclusive and progressive nation-state. Will the enactment of this law protect those vulnerable or give power to those taking advantage of the vulnerable or will it finally be a solution for those who commit crimes after being unduly drugged. This law will also play out in very interesting ways for the current prime minister of Canada-Justin Trudeau and the next elections. Creating a divided public opinion on such an important humanitarian will perhaps not play out well for him and his liberal government.