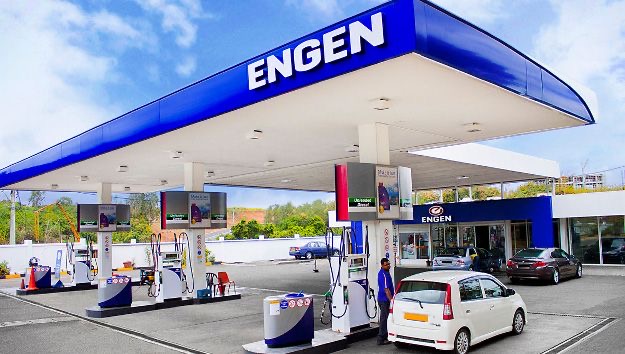 A kingpin was arrested in Pretoria in regards to fuel theft at the Transnet pipeline, as well as destruction to the infrastructure. Free state hawks, the traffic department saturation unit, and Bidvest protea coin security were responsible for the arrest caused. Although 8.5 million litres of fuel was taken, which cost R102 million, this will be costly for many divisions in South Africa.

Democratic Alliance (political party) urges South African citizens after word broke out that there is a possibility of fuel shortage and that they are trying to get answers from the national government because of the transnet last week.

Since the strike ended, it affected ports and transportation, experiencing massive interference and the fuel industry alerted the country that is close to a tremendous fuel supply dilemma because of the lack of refined fuel stocks. Transnet workers are back but are concerned that the backlogs will take some time with a possibility of things getting back to normal at the beginning of 2023.

South Africa has been experiencing this way before the strike, with airports deterrent jet fuel conservation and power profitability. Eskom notifies us of their ability to get adequate diesel for generators. The countries’ fuel import comes through the Durban port, which stated by the head of strategic projects and regulation at South African Petroleum Industry Association (Sapia), Kevin Baart, is at its magnitude followed by the closure of several refineries in the country in addition to the increasing dependence on imports.

News24 was informed that the fuel pipe network is wrestling to manage more imports, ruining the fuel supply to the economic hub of South Africa. In addition to six working refineries in 2019, South Africa is known to have two, and the Astron Energy Refineries are arranged to be online by the end of the year.

DA saw that they had fuel supply issues for two decades, with the last crucial crisis hitting in 2005. Since the Moerane Commission of Inquiry Report was issued into the fuel dilemma that happened in South Africa in November/December 2005, the government did not execute the planned refined fuel reserves recommendation, in addition, it puts the country in danger of fuel shortages if there is interference in the fuel supply chain.

The report suggested an effectual review of the petroleum pricing government to convey matters related to the zone's distinctive.

The party then continued to add that a 2006 board confirmed that the country does not have strategic refined product inventories and suggested that the government intends to review its policy on strategic fuel stocks. Although with public/private partnerships, the commissioner urges that oil companies and synthetic fuel plants plan to hold advisable commercial levels of refined product stock, the has been no action on it for 16 years.

Interference to the supply of refined liquid becomes apparent from deficient port infrastructure, occurring labour action, and sparsity of refining capacity with extensive consequences to the economy and social order.

The immediate impact will be the change in supply chains, which will interrupt progress in the economy. Consumers would face a food supply dilemma as wholesalers and distributors have trouble moving food stocks where they are required. The amount of transferring the product has escalated because of the expensive cost of diesel, this means the wholesaler shifts the cost to the retailer, who then gives it to the consumer.

Peter Morgan, CEO of the Liquified Fuel Wholesalers Association, mentions, “You must have strategic stocks in refineries. At the moment we don’t have enough. Most of our refineries are not operational, including the Engen Durban refinery and PetroSA’s refinery in Mossel Bay.”

Why motorists should be worried

Air and road travelling could result in a challenge because of the countries’ dependency on international fuel. Aviation specialist Des Latham told ENCA that the consequences of lacking a local refinery magnitude put together with global supply chain issues and dependence on importing fuels could cause more difficulty for drivers.

In addition, the fuel control at Cape Town International Airport has to enforce seat size for well-known routes. The airport is now expecting a shipment of jet fuel apprehended in unpleasant weather, delaying its movement.

This could cause damage to other shipments because fuels are bought and traded beforehand, and due to the slowness of the refineries, the country requires to make time for another shipment to dock. In August 2022, South Africa’s largest fuel producer Sasol began over its refinery after a closedown of operations as it is an expected shipment of products. This means that South Africa’s oil refinery was offline. This leads to using imported petrol (95 and 93) as well as other products. South Africa only has a minimum quantity of some products.

It has also enhanced a problem because Africa is at the end, and as the supply chain progress, we can not keep our fuel supplies locally to the degree we require.

Latham mentions that with the supply chain problems globally and being further away from the primary refineries in Europe, South Africa is the last to get the fuel. On 3 October, Airports Company South Africa mentioned that it had controlled the growing number of jet fuel reserves at Cape Town International Airport, with management appealing to airlines and seeking a depletion in the uplift of fuel. This permits the airport to have 4.5 days of fuel reserves.

In May 2022, it was reported that energy bargaining Citac mentioned that South Africa’s frequent petroleum product imports would triple by the coming year as domestic refineries come to a close. In addition to the closure of refineries, there will be extra petrol and other fuel being imported. The product pipeline from the port of Durban, where petroleum is brought from abroad, needs to be changed to accommodate more supply.

The South African Petroleum Industry Association saw that if plant closure is still in process, A selected shipping route will be required to make room for sufficient imports.