Hezbollah: A Case Study Of The Thriving Role Of Non-state Actors. 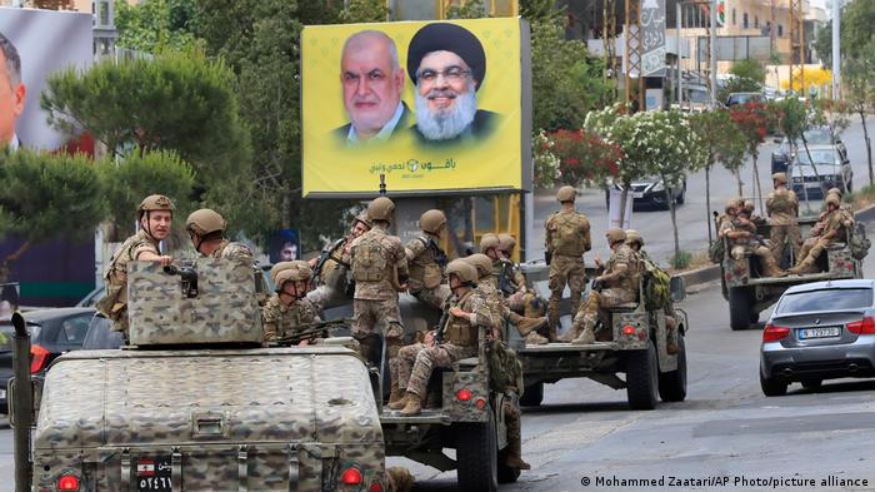 To begin with, Hezbollah "the party of God" is a Shiite Muslim political movement founded between 1982 and 1985 in Lebanon during the Lebanese civil war (1975-1990). This movement originates from southern Lebanon, where there is a concentration of the Shia population, and which has particularly suffered from state neglect. In order to save them, a cleric named Moussa Al-Sader founded haraket-el-mahroumin at the end of the 1960s and its military branch Amal in 1975 to lead the fight in the civil war. The disappearance of the leader of the movement was concomitant with the outbreak of the Islamic Revolution in Iran in 1979. Thus, a split took place within Amal Islam, some of whose members, in addition to other Shiite parties in Lebanon, find themselves inspired by the innovative ideology of wilayet-el-fakih in Iran, and finds support for it.

Following Israel's invasion of southern Lebanon in 1982, several Shia political movements came together in a single group to resist the attacks suffered by the Zionist enemy, such as members from the split of the Amal Islam movement. This event then marks the birth of Hezbollah in Lebanon which, as an organization and political party, had henceforth announced its main objectives in its 2 charters of 1985 and 2009. One of its objectives is to put an end to the Zionist entity and eliminate the State of Israel by proclaiming the Jews as the source of all evil existing in the West. Therefore, he aspires to relocate the Palestinians to Jerusalem. The other is to found an “Islamic State” in Lebanon. As a result, he is an actor with a well-defined political program and precise visions. In addition, it has its own weapons and its own military branch called the Lebanese Islamic Resistance, where fighters are regularly recruited, as well as paramilitary groups attached to it.

The combination of all these elements demonstrates a fairly powerful political and military non-state organization, which has several tools allowing it to carry out influential actions independently, just like a state. Despite the fact that the political organization receives funding and armament from Iran due to their ideological rapprochement and a convergence of respective interests, it has a relative and ever-increasing independence from it, thanks to its constantly reinforced army. In reality, his loyalty is directed rather towards the system of wilayyet el fakih of Ali el Khamenei in accordance with religious laws, which allows him a broader maneuver of action. Yet its decisions must not contradict Iran's interests.

As a result, in July 2006 the Second Lebanon War took place. Attacks were initiated by Israel in southern Lebanon and in Beirut in response to Israeli military kidnappings by Hezbollah. These bombings continued, targeting Lebanese citizens and homes and resulting in a death toll of 1,200. It was Hezbollah, and not the National Army of Lebanon, which retaliated against these attacks against Israel, in order to weaken the enemy's army and defend the country, through daily fire. Although Hezbollah's army was weaker than Israel's, the latter had to withdraw on August 14 after 33 days of war with Hezbollah, thus marking its military victory. He is then celebrated as a savior of Lebanon who took part in the Arab-Israeli conflict and whose power exceeded that of the country. Therefore, its involvement in a war without the support or assistance of another state in the fight to protect Lebanon, proves the difficulty of ignoring the role of non-state actors on the international scene as well as their autonomy.

It was this event that internationalized Hezbollah. Moreover, by expressing itself as the defender of Lebanon and the person responsible for maintaining its stability and security by protecting "the axis of resistance against Israel", Hezbollah has allied itself with the regime of Bashar-el Assad in Syria since the beginning of his crisis in 2011-2012. Concretely, Hezbollah, guided by Hassan Nasrallah, supported the Syrian regime by military and technological means with the dispatch of tens of thousands of militiamen to Syrian territories, to strengthen the regime against opposition forces. He set up a military base and trained militias called Quwat al-Rida and won victory in several areas such as the conquest of the eastern Aleppo region in 2016. To this is added the fact that through this intervention in Syria , Hezbollah seeks to disseminate and impose the ideas of wilayet-al-fakih to which it adheres.

It is therefore a non-state actor who has acted on the international scene by fighting in another state. So he partially acted in his own name with Iran and Russia against states like Saudi Arabia. Moreover, he is capable to the point that he can form alliances or agreements with states, such as the Al-Assad regime and Russia. Also, it conducts a transnational policy that aims to spread its ideals to other regions. Starting from this idea, the political party has in fact its own "media tools" which it has not ceased to develop since 1985. It aims to represent itself and demonstrate its political program and its orientations by all possible means, including websites, magazines and radio or television channels such as the Al-Manar television channel. It is therefore a modality of influence in order to welcome new supporters and therefore to extend one's power.

On the other hand, Hezbollah, pursuing its strategy of fighting Israel and the Jews, has committed suicide attacks and bombings in several states. To clarify, it was held responsible by the United States for the bombings that took place in the Israeli embassy in Buenos Aires and a Jewish association in Argentina in the 1990s. It was classified as a terrorist organization by the United States in 1997. Again, an attack took place in July 2012 in Bulgaria which targeted Israeli tourists and caused deaths and injuries. It was this event that prompted the European Union in 2013 to include the armed wing on its blacklist of terrorist organizations. The same goes for the Arab League in 2016 and Germany in 2020. So, a classification as such on the part of the States of the world shows and proves the importance granted to this non-State actor, and the weight and the echo provoked of his actions. There is worldwide recognition of its presence and the danger and threats it produces. It is for this reason that sanctions are regularly imposed on members of the organization in order to limit their actions.

In conclusion, the assumption that non-state actors are of little importance on the international scene is not valid. The current world, on the other hand, bears witness to an increasingly significant influence of their power, which can overcome that of the States and their regular intervention in the international political game. The example of Hezbollah proves that it is a strong political entity capable of forging alliances with States. He pursues his own interests and always seeks to defend and propagate them. Therefore, it is impossible to overlook the effects of the actions of non-state actors who influence and manipulate the decisions of the great powers.