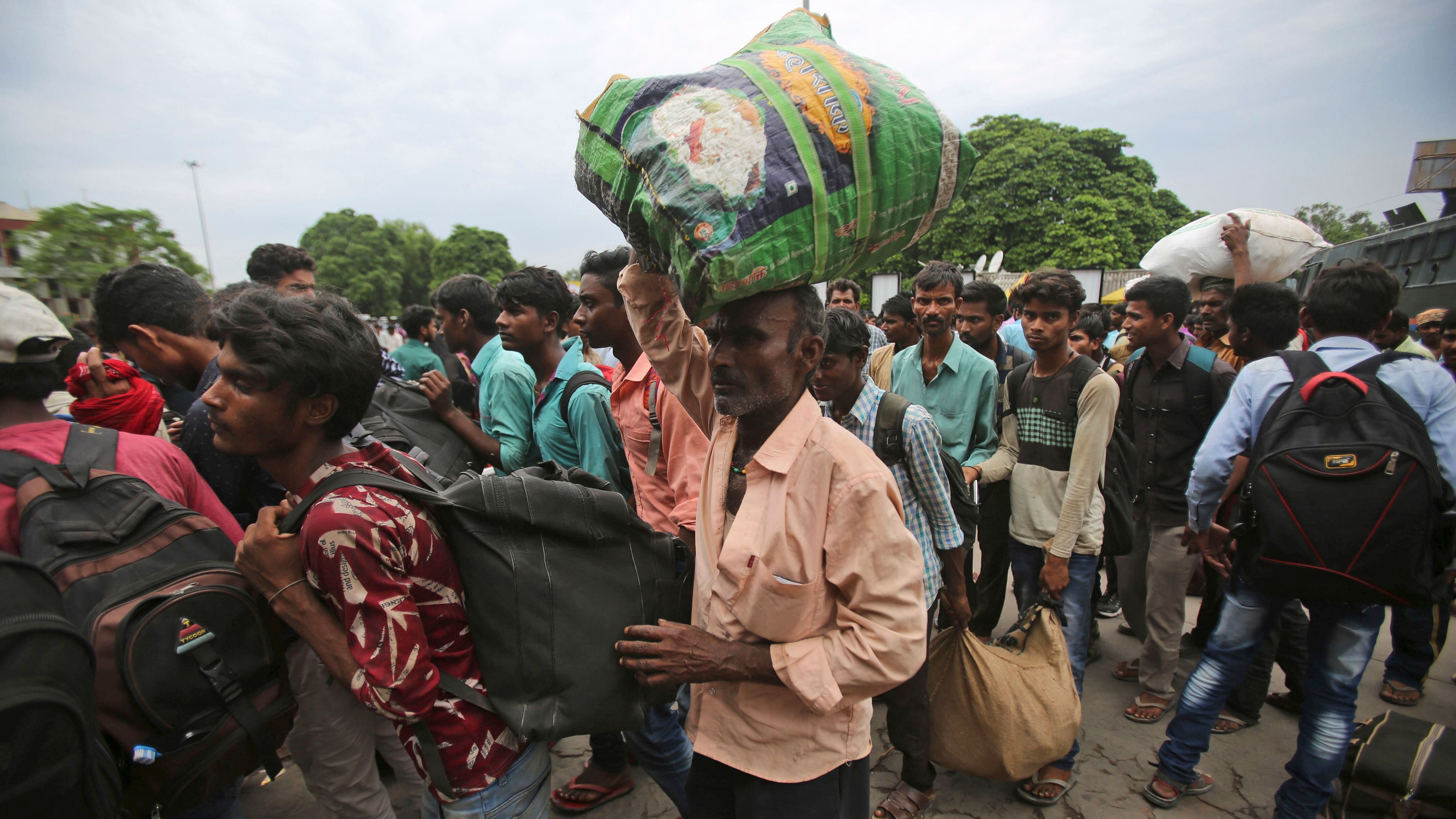 Almost 50% of India's population is a migrant, which means that over 600 million Indians live somewhere other than where they were born. Migration has become a major survival technique for the vast majority of people.

Unless you were living under a rock, the difficulties faced by migrant workers following the Covid-19 lockdown(s) were abundantly clear throughout states. People lacked basic comforts, pay, and transportation. They were also dehumanised in isolation shelters/camps by cops, who sprayed disinfectants on abandoned workers trekking 1000s of kilometres home.

Because of their obscurity, the government refuses to recognize their suffering even after they have died. Several different types of research, based simply on media reported deaths, have documented death tolls ranging from 200 to 970 persons.

It was kind of a humanitarian crisis for labourers whose daily earnings were halted with only a 4-hour notice and were made to pay for train tickets to return home. They also had to wait for the promised free transportation, which changed on the desires of government pressure and contracting companies. Those who took the hard lane of walking thousands of kilometres to reach home faced the anger of police for breaking 'lockdown rules' while the fortunate work-from-home elite benefited.

With a 10 crore loss of jobs mostly during the April-May 2020 lockdown, 1.5 crore individuals remained unemployed by the end of 2020. The epidemic and the ensuing lockdowns have forced an estimated 23 crore Indians into poverty. While we were concerned about their living and working situations during the initial wave of the pandemic, their perilous situation has not changed yet.

Migration Provides an Opportunity for Social Mobility for Oppressed Castes. The demography of our nation's labour market reflects our social and economic reality.

450 million people work in the unorganised sector, with the vast majority belonging to oppressed classes and/or religious minorities. According to the most recent NSSO study, the percentage of daily wage labourers is highest in SCs, at 63 per cent.

And among female employees, a 2012 survey of 20 states found that the majority of upper-caste migrant women (66%) work in white-collar jobs, compared to SC (18%) and ST (16%).  Tribal women work primarily in construction, while OBC women make up the majority of domestic helpers.

These data are not just numbers or a coincidence - social identity is a major element in forced migration.

According to the UNDP's Multidimensional Poverty Index (MPI) 2021, 5 out of 6 multidimensionally poor people in India belong to marginalised caste groups. Several populations are trapped in a cycle of poverty and racism due to a hereditary and ongoing lack of access to assets.

The shutdown of schools, combined with a measly 2.47 per cent ownership of computing devices among tribal groups, in particular, meant that youngsters ceased learning and instead have seen a spike in minor Adivasi girls at labour Nakas.

Brick kiln employees in Nadia, West Bengal hardly distinguish their working environment and accommodations—they are bonded to their contractors each season.

People often ask why they would want to labour so far away in such horrible conditions.

The statement, which is riddled with purposeful ignorance, does not appear to show how for men earning 15000 per month, living 2500 kilometres away from their family and home is several stages ahead of what he would have in his village. Farming cannot sustain individuals who do not have access to land. Thus, even though the working conditions appear toxic, the benefits, in their eyes, exceed the disadvantages.

Humanity's History Is A Story Of Migration

The decision to migrate is in the hands of the individual, and it is codified as a basic right of all Indian citizens. The goal is to ensure that the migration is safe, dignified, and voluntary. Not a hasty decision, but a well-informed one. Until then, misappropriated numbers are nothing less of institutional injustice to the people who make up the minority.

Outlining New Policies To Create A Future Of Equality