India Faced Its First Armed Drone Attack: Why is no one talking about this? On 27th June 2021, two IED bombs, carried by a drone, were dropped in an Indian Air Force base in Jammu. There were no casualties from the explosion, but there was moderate infrastructure damage. Two Indian soldiers stationed there were injured as well. This is signaled as the first armed drone attack to take place against India. In a world where drone warfare is becoming reliant, efficient, and acclaimed, this event situates a detailed analysis of India's position, in terms of preparedness and level of standing in regards to modern defence infrastructure and weaponry.

The drone carrying the two IED explosives (Improvised Explosive Device) is suspected to have been controlled and released by terrorist groups in Pakistan. Senior Indian army officials also suggest Pakistan states funding and support in the attack considering the method used to deliver the bombs.

As of now, no terrorist group has taken responsibility for the unmanned drone strike, and investigation into the matter is still on its way. The NIA is given the task of looking into the attack.

The usage of high-end drones does not allow it to come under the Indian army's surveillance radar. This is because of the drone’s ability to fly low and away from detection systems. At present, the only manner in which drones are being detected at the LAC is through eyesight. According to reports, the Indian army at the western borders has claimed to have spotted at least 250 drones since 2019. In fact, there have been around 6 drone sightings inside the Indian border after the June 27th attacks.

Before the attack, these Unmanned Aerial Vehicles (UAV/drones) have been used by foreign entities to smuggle narcotics into India and for surveillance purposes. Reports also suggest that UAVs were being used to drop weapons to members inside India who are affiliated with terrorist groups across the border. Many soldiers at the border are left with the task to shoot down these drones on their own as India currently does not have an implemented counter-drone response system.

India and Pakistan have been under new ceasefire regulations since February 2021. The Jammu airbase attack comes under these circumstances. Even though the attack is unmanned there is a human factor that controls the device across the border. Even this form of agentic representation alludes to a ceasefire violation. Gen Bipin Rawat, Chief of Defence Staff in the Indian army is also questioning the ceasefire violations. He also hints at retaliatory proceedings against Pakistan.

India's current stand: Should there be reason to worry?

On 17th July 2021, at the recent 18th investiture ceremony of the BSF forces, Amit Shah mentioned how the Defence Research and Development Organization (DRDO) is making swadeshi counter-drone technology systems.

The DRDO has developed a D-4 counter-drone system which was used at the Red Fort during the Republic Day celebrations of 2020. However, this system is yet to be produced in a large-scale manner. This counter-drone system has the ability to detect and annihilate drones controlled by foreign entities within a 4km range. It can jam the communication lines and hardware of the drones coming into detection, thereby countering any possible attack on Indian soil.

India has also been developing and using UAV drones under the name of Rustom which are only capable of surveillance purposes. However, these indigenous drones are still under development and in the process of test runs.

The drones India is currently equipped with for mission requirements come from Israel. These drones namely Heron, Searcher, and Harop are not armed versions that can cause devastation. Instead, they can only be used for surveillance purposes. Even though India, being a part of the Missile Technology Control Regime (MTCR), can acquire weapons from developed nations abroad, it is only recently in March 2021, that India made moves to acquire weaponized drones from the USA for a deal of 3 billion dollars. But reports still suggest how this deal is still in its initial stages.

The MTCR is a group of 35 countries part of an informal pact to make sure that armed weapons and defense machinery don't reach the wrong hands in the world. The entire middle east, including Pakistan and China, are non-member countries of this pact. Hence they cant procure or import defence machinery from the 35 countries that are part of the MTCR.

This agreement allowed China’s fast-growing manufacturers to supply their indigenous drones to other countries excluded from the MTCR pact. This includes Pakistan, the UAE, Saudi Arabia, and others.

In 2015, Pakistan became the first South Asian country to use its drone called ‘Burraq’ to kill militants in their own country. From thereon, Pakistan and China’s developed diplomatic relations have helped Pakistan acquire Chinese manufactured drones.

Pakistan currently possesses Wing Loong-1 and Wing Loong-2 armed drones purchased from China. Hence, in terms of being prepared offensively, Pakistan has the upper hand as these drones can be used to cause damage in India.

The June 27th attack comes in this backdrop and India is in dire need to protect itself from its international neighbors who are invested and prepared in its development and accumulation of unmanned drones. Since drones go untraced and as there is no human involvement in the attack taking place, the process of tracing the roots of a drone attack is near too impossible. 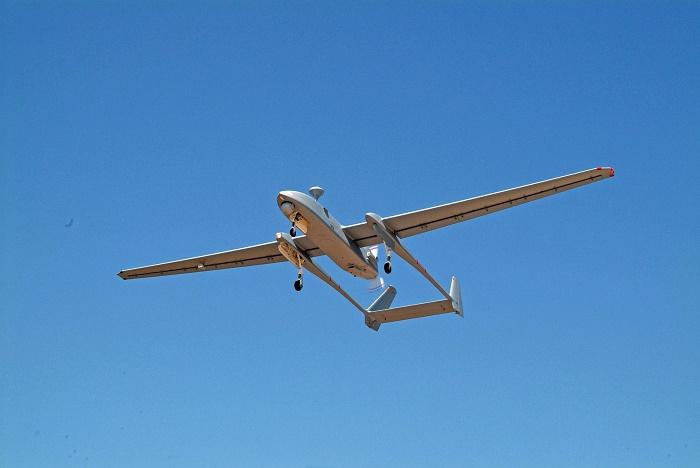 Recently, during the escalated tensions between Palestine and Israel, Israel claims to have used aerial laser systems to take down hostile drones coming in from Palestine territory.

The Israel army also has counter missiles available as part of its 'Iron Dome System' to take down hostile aircraft, missiles, and drones. Interestingly, Israel is also the largest exporter of drones in the world as well.

After the June 27th attacks, reports suggest that India has invested in Israel's counter-drone technology seeing its efficiency in the recent conflict between Israel and Palestine.

Countries around the world are also financing to acquire UAV and UCAV drones for their protection and needs. The use of drone technology by America is the most widespread, especially considering its efficacy in conducting targeted killings and reconnaissance missions in the middle east.

A large number of terrorists or hit-list members in the CIA’s most wanted people have been eliminated through targeted drone killings since 2001. Iran’s acclaimed general Qaseem Soleimani was assassinated in 2020 as part of a targeted drone attack conducted by the United States.

The use of American drones like the MQ-1 and MQ-9 are considered rampant and efficient in their campaigns in foreign countries. The efficiency connotes the minimal amount of collateral civilian lives lost as compared to missile attacks or bombings.

In an interview from 2013 with Brian Glyn Williams, a professor of Islamic history at the University of Massachusetts, Lt General David Deptula talks about unmanned UAV, and UCAV drones as follows- “As I stated, only rarely would we use the MQ-1 Predator in direct attacks on its own, and when we did, it was for a very specific target, with very specific intelligence, requiring extreme accuracy, and minimal collateral damage”

The use of drones is not only confined to state actors but is available to non-state actors as well. ISIS and Al Qaeda have been able to get their hands on armed drones and have conducted attacks with them as well. The use of Kamikaze drones, also known as suicide drones, is also becoming popular. In these aerial vehicles, the drone would be the bomb itself, exploding near its targets or area of attack. Iran-funded Houthi rebel insurgency in Yemen have used Kamikaze drones to conduct attacks in Yemen and Saudi Arabia. 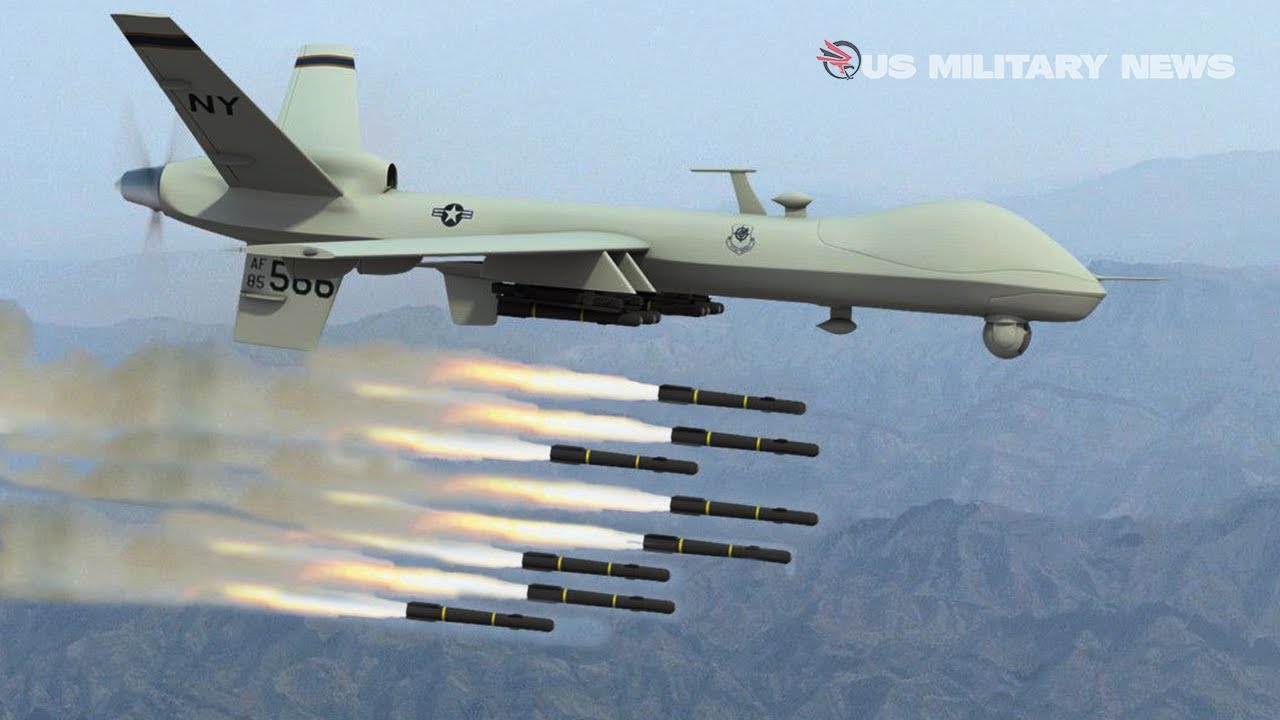 As of 2019, the civil drone industry is worth USD 6.56 billion. The recent regulations on drones in India aim to bring about a restricted and safe way of engaging with them. Drones weighing less than 250g do not require a license or government permission. But drones weighing more than this weight will have to be licensed and the pilot must also get a license to fly the same. There are also no-fly zones specified in the new drones rules of 2021 which will revise and reform the Unmanned Aircraft System rules of 2021.

India is taking a backseat when it comes to a comparison on how drone technology is being proliferated around the world. India’s security has to be well equipped and prepared with the same defence machinery Pakistan and China have. The 27th June attack in Jammu may be the first armed drone attack to take place on Indian soil. But this does not mean that it's going to end with that.

Russia-Ukraine Conflict: Kyiv is on vigilant as Russia pushes in from all directions; Ukrainians repel invasion for the third day