India's Rape laws : Do we have enough? 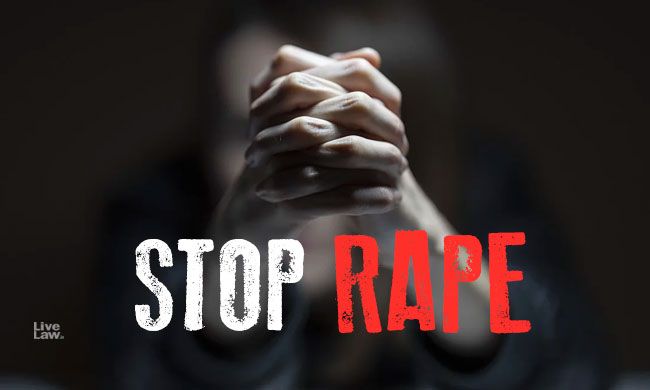 “Rape” is one of the heinous crimes in India. According to NCRB statistics 2019, which recorded nearly 88 women get raped daily and 4,05,861 reported crimes against women in a year. It is a highly reported crime across the country but still considered under-reported crimes of India. It is a fact that numbers of reportage versus the numbers of actualities are varied hugely. Laws are maintained to stop and criminalize those who are guilty of the crime. But the existing laws in the Indian Penal Code (IPC) are sufficient to control this heinous crime?

Rape Laws had first divulged in IPC in 1860 but they came into force in January 1862. In 1860, ‘Rape’ was introduced in the category of sexual offenses in section 375 to section 376E. It clearly stated that sex without consent or with consent through fear of death or hurt or obtained approval through lies is a punishable offense. It also includes a clause of "Statutory Rape" that says that sex with a girl under 18 years of age with or without consent is a crime. The guilty one would get two to life imprisonment of jail. It does not support the non-consensual sexual acts between husband and wife even if the wife in context is below 15 years of age.

The first change that happened to this 1860 Rape law came from the Mathura rape case in 1972. The case is itself standardized to be a controversial one due to the victim in question is sexually active. A young tribal girl named Mathura had allegedly raped by two policemen in the police station of Maharashtra. The Nagpur sessions court had acquitted those policemen of rape charges while stated that a girl is  “a loose character” as she already has a boyfriend and had an active sexual life. When this case goes to the High court, the judgment of acquittal had reversed. But the most shocking statement comes from Supreme Court while overturning the High court judgment. The Supreme court states that the crime in question cannot be proved as a girl was “habituated to sex” and no amount of injuries or struggles were found on a girl's body which could tell that sexual intercourse is a non-consensual one. This prejudicial verdict took the nation in uproar as many protests or marches demanded to change the laws. The case brought up many changes as it includes custodial rape in existing offenses and the new law Criminal Law (Second Amendment) Act, 1983. The major shift came in the new Section 114A in the Indian Evidence Act where it defined that the court would believe the victim's statement of non-consensual sex even there is a lack of evidence proving it. This section also protects the identity of the victim going public. The Indian Evidence (Amendment) Act, 2002 prohibits cross-examination with the victim about her character and sexual history.

One of the crucial changes comes into anti-rape laws after the Nirbhaya Rape case in 2012. This gruesome incident which shocked India has proved the urgent amendments needed in the existing laws. Through the recommendations of the Justice JS Verma committee, the Parliament passed the Criminal Law (Amendment) in 2013. In this amendment, the definition of rape has broadened in the lens of laws and more stringent punishment allowed in these cases. Before this amendment, rape was only defined by penile-vaginal penetration but now spectrums are broadened into oral, anal, and insertion of any object into the vagina, urethra, and anus of the women. Offenses like voyeurism, acid attack, and stalking have added to the laws whose sentence change from 7 to 10 years in jail. In cases where the victim is succumbed to the injuries or died or rendered in a vegetative state then minimum imprisonment would be 20 years. The first-time vegetative state of the victim is since the landmark case of the Aruna Shanbaug case. More stringent punishment like the death penalty for repeat offenders had also included in the laws. Previously a victim is criticized because of her way of living both in and outside of court. It also the main reason many victims do not come forward and report the mishappening is reverted in this law. The law concludes that a victim's choice and character are not relevant to rape cases.

In the light of the Kathua rape case, the government immediately implement The Criminal law (Amendment) Act,2018. In January 2018, When an 8-year-old girl had abducted, raped, and murdered by a group of men near Kathua in Jammu-Kashmir.

What are the visible problems which are neglect by government laws?

Marital rapes still not a crime in India. It should be widely accepted that consent is must come from both parties included in sexual intercourse with no different status of relationships like husband and wife. Marital rapes should be acknowledged and added to the laws to protect people from crimes.

From all the laws made and amended through the years, it can be easily considered that only ‘men’ are the perpetrators and ‘women’ are the victims of such crimes. There is a lack of gender-neutral laws in the Indian Penal Code. The 172nd commission regarded to widen the range of anti-rape laws and cover the gender-neutral spectrum. Section 377 was used to criminalize sex between the same gender even if the sex was consensual. This law had become decriminalized in the 2018 landmark verdict. But Laws are needed for non-consensual sex or rape for the LGBTQ community.

The POCSO Act, 2012 is the only act in India that is gender-neutral. It is an act that acknowledged that male could be a victim of sexual assault. But there is still more study to be conducted on this area.

There should be an introduction of sex education in schools or homes for children. A child should know about good/bad touch or inappropriate behaviors. In many cases of rapes, the perpetrator is someone close to the victim. Many mishappenings could be prevented if they know about signs.

Existing laws regarding rapes are just covering a smaller portion of problems. Many amendments and changes are needed to control the rising number of sexual offenses against people. Every person shall be aware of their legal right therefore that they can come forward to report the violation that happens to them.