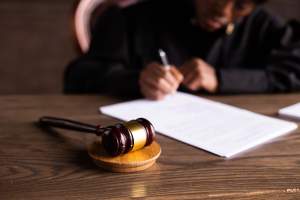 The Italian Constitutional Court ruled on Wednesday that children born to married and unmarried parents, as well as adopted children will automatically take the last name of both parents unless they mutually agree otherwise. Additionally, a child can still take only one of the parents’ names if that’s what the parents decide to choose, which for the first time in history makes it possible for children to solely carry their mothers’ last names.

The Court defined “the rule that automatically assigns the father's last name discriminatory and damaging to the identity of the child”. The previous norms were declared illegitimate in accordance with articles 2, 3, and 117, 1st paragraph, of the Italian Constitution, as well as articles 8 and 14 of the European Convention on Human Rights. As the Italian Minister of Justice, Marta Cartabia, stated to the Corriere Della Sera "it is a step forward towards effective gender equality within the family sphere".

In Italy, it is a standard practice for women to keep their last names, and it is typical for mother and child to have different surnames. But with the updated legislation, Italian women have won a historical right so far denied by unequal articles of the civil code.

At the heart of the case that was brought to the Court is a family of five from the Basilicata region. The two older children carried only their mother’s last name as their father only legally recognized them until later. The father and mother wanted to give their newborn child the mother’s last name as well to align the newborn with the two older siblings, but their request was denied as the law at the time only permitted the father's surname or both surnames to be assigned.

Domenico Pittella, the lawyer of the family, said in a statement to The Washington Post that the ruling was a “landmark judgment” that “acknowledged that it is in the best interest of the newborn child that the choices of his/her parents” dictate his name, rather than being” imposed by an outdated model of the patriarchal family”

Another case before the Court was that of a couple from Bolzano who wanted to give their son, born from the marriage, the maternal surname because it sounded better in German than the father's (La Repubblica).

In both cases, the Court chose to take on the responsibility of ruling the paternal surname-only obligation unconstitutional. Aligning not only the indications of the European Courts, such as that of Strasbourg, which had previously challenged the existence of that single surname in Italy but also with societal progress toward gender equality.

Cecilia D’Elia, a center-left deputy and self-proclaimed feminist, wrote on Twitter how this updated procedure “erases the last patriarchal sign of family law”. She adds that giving the mother “the same dignity as that of the father”  is a simple “sign of civility”.

Although this new norm has resulted in significant changes in gender equality, tangible progress needs further dedication. In fact, according to the most recent European Institute for Gender Equality index, Italy ranks as the lowest Western European country in terms of Gender Equality.