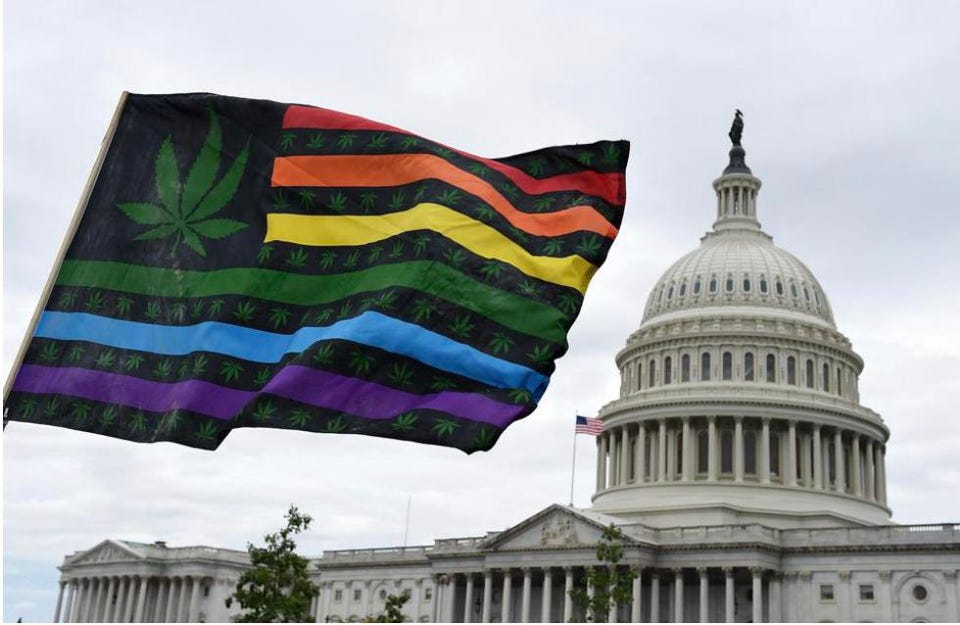 US drug policy has been thrown into the spotlight due to President Biden's plan to pardon Americans for low-level drug possession. Biden has called on other state governors to do the same.

Drug policy has a long and racist past. Many consider the 1970s to be the birth of the War on Drugs, initiated under former President Nixon, as a way to control Black Americans. The War on Drugs was seen by many as a backlash against the Civil Rights movement's success, which has seen the explosion of the prison boom and the disproportionate incarceration of Black Americans.

America currently incarcerates more Black Americans than there were enslaved.

Likewise, across the Atlantic, Black Britons are more likely to be charged, prosecuted, and convicted for low-level drug offences than White Britons.

Federal law currently classifies cannabis as a Schedule I controlled substance, meaning it has "no currently accepted medical use and a high potential for abuse." Such harsh penalties for drug possession have contributed to America's overdose epidemic.

"It makes no sense," Mr. Biden said on Thursday as he directed his attorney general and health secretary to oversee a review. He claims that "too many lives have been upended because of our failed approach to marijuana. It's time that we right these wrongs."

Although many view this as a positive step for American drug policy, some remain deeply critical. Biden, as a congressman, supported the 1994 Crime Bill that stiffened penalties for drug crimes and led to more incarceration of minorities. People had also been jailed for life under the three-strikes rule created by Mr. Biden's 1994 crime bill.

To some, this does not go far enough and supports legalisation rather than simply expunging criminal records.

Currently, marijuana is classified on the same level as heroin. Recreational marijuana is already legal in 19 states and Washington DC. Medical use is legal in 37 states and three US territories.

"This is incredibly long overdue," she said. "There is no reason that people should be saddled with a criminal record, preventing them from obtaining employment, housing, and countless other opportunities."

This year, the mayor of London, Sadiq Khan, visited a Cannabis farm in Los Angeles. Mr. Khan said he had an 'open mind' about the merits of legalising the Class B drug. The mayor said it would examine evidence from around the globe before making a recommendation.

It seems that the UK will be the last country in the Global North to end the War on Drugs. After Germany's push to legalise Cannabis, Britain looks out of touch, not the US.