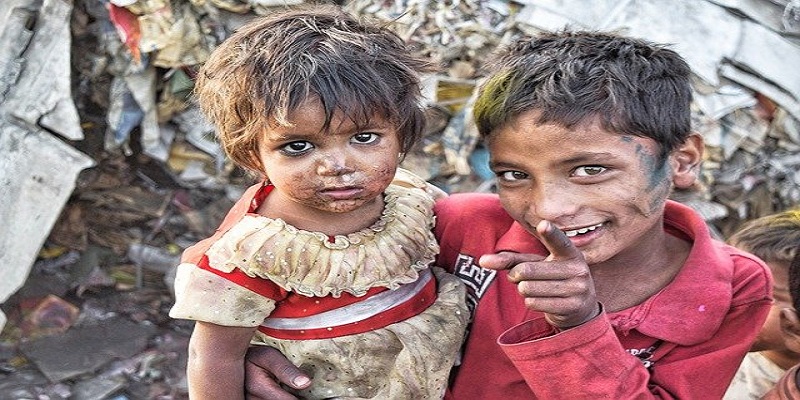 As India is celebrating its 75th Year of Independence as “Amrit Ka Azaad Kaal”, the biggest question is - Has India progressed over all these years? Has India become victorious in achieving the amount of achievement which India had dreamt of while being Independent? The answer to all these questions is not positive and it’s true in all senses.

Even after more than just a quarter less than a century, we are still stuck with the issues with which we had commenced our journey of Independence. Yes, these dire topics have always remained a concern- then too, and still now; with not much change.

Present Status of Hunger in India

About Global Hunger Index- Global Hunger Index is an annual report used to comprehensively measure and rank hunger at global, regional, and country levels. The various indicators under which it’s measured are- Undernourishment, Child Mortality, Child wasting as well as Child Wasting.

India scored 29.1 out of 100 and has been put in the serious category. So, at present, Poverty in India is in serious condition. According to Food and Agricultural Organisation(2020) reports, India houses about 195.9 million undernourished people out of the 821 million undernourished people in the world. Also, According to the National Health Survey reports, approximately 19 crore people in the country are compelled to sleep without food.

Status of India in Poverty

The World Bank Report indicates that over 80% of the total 70 million people all over the world are in India. Hence, it also means that Every 8 out of 10 poor people in the world are from India.

An Analysis of Why there are more poor people in India and why they are constantly facing hunger issues?

According to the Policy research working paper of the World Bank, Poverty in India is 12.3% points lower in 2019 as compared to 2011, with a comparatively sharper decline in rural areas. However, still, the maximum number of poor people live in rural areas of India. National Multidimensional Poverty Index, which was released by NITI Aayog, Bihar ranks poorest while Kerela ranks highest among the various states of India.

Yes, the terms poverty and hunger are interrelated. They both come hand in hand with each other. With poverty, comes hunger. If a person is unemployed, how will they purchase food items for their survival? Hence, both terms are synonymous with each other.

Reasons behind the existence of problems of Poverty and Hunger

Dependency on Agriculture as the main Occupation - India is still dependent on agricultural activity, with more than half of the population still counting on Agriculture for their livelihood. Since the former occupation does not provide much income, people are coerced to live in miserable conditions. Some people’s conditions are such that they are only able to feed their families from agricultural produce. Farm output also varies from year to year, sometimes leading to a vicious ‘debt trap’ for the farmers.

Lack of Proper Knowledge and Old Technologies- People don't have proper knowledge of new things and technologies. Hence, they are just following what their parents taught them, not looking for new technologies as they are not even aware of them. Even though there is not much literacy among them, this also becomes a major reason. So, they are just counting over all those old machines for production.

High Illiteracy- Due to insufficient income farmers prefer their children to give hands-on fieldwork. An extra pair of hands would mean less overload of work. And, they don't have the resources to waste on sending their kids to school. They believe that earning will provide them with food, unlike Education.

The reason is only that there is a lack of awareness of the wonders education does. This is also the main reason why people are not able to access the benefits which the government has provided them with.

Exploitation - Many times, poor people get trapped in the debt cycle. The rich landowners try to exploit the small farmers/labourers by giving low wages even for the considerable amount of work done. Many times, small people lack knowledge and seeing and easier access to loans from big landowners get exploited. These rich landowners ask for high amounts of interest on their loans, unlike the various banks which provide loans at the minimum rate of interest. Hence, the poor people are not able to pay them back even some people commit suicide since they are unable to pay back the loans.

Unemployment - This is one of the biggest reasons for existing miserable conditions. Despite graduating from renowned colleges and taking their degrees there are not much or 0 employment opportunities available. So, we can say many colleges or universities are only producing unemployed youth in the country which is a burden to society. Despite learning various skills, they are not able to be employed.

Or, under conditions like during Covid, many employees were fired because the company was not able to pay them, etc. Therefore, many people became unemployed and this also led to other problems like mental health, depression, etc.

With Hunger, ranked 2. The world wants to achieve zero hunger as its Sustainable Development Goal 2.

The government has launched various initiatives to tackle the great challenges of poverty and hunger. Some of them are-

Despite achieving Independence, India still lags behind in overcoming its major challenges like Poverty and Hunger. India still needs to work a lot, to eradicate poverty from their homeland and ultimately hunger. Government should prioritise the various steps toward the eradication of poverty in the country. India can work more in this direction by promoting inclusive economic growth, prioritising the basic needs of the poor and providing economic opportunities that help them to improve their living conditions.

Lastly, as Bill Gates rightly said- “If you are born poor, it's not your mistake But, If you die poor it is your mistake”

By March 2024, Tata-owned Air India will merge with Vistara.