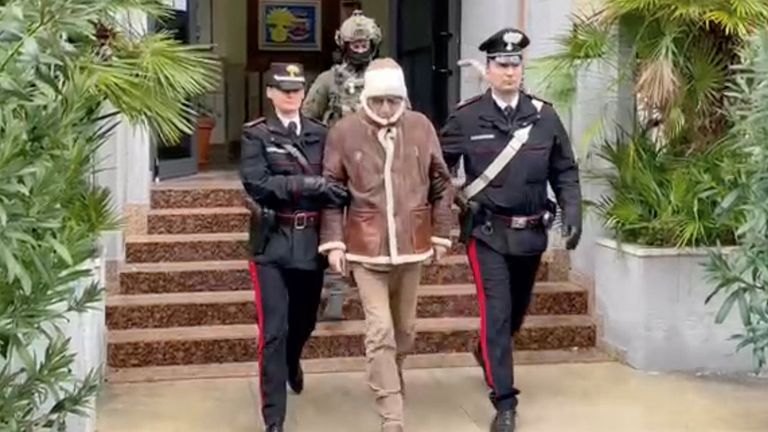 Denaro, believed to be the head of the Sicilian mafia Cosa Nostra, was arrested after 30 years. The mob boss was caught in a clinic in Palermo, where he was going for medical treatment.

The Carabinieri in Italy has arrested Matteo Messina Denaro, the most wanted head of the mafia in the Peninsula, who fled from the authorities for three decades.

Denaro, who was detained in the Sicilian "capital" Palermo, is supposed to be the head of the Cosa Nostra mafia. He comes from a very well-respected and powerful Mafia family and was born in Castelvetrano, Sicily, on April 26, 1962.

Matteo is alleged to have learned to use a gun at 14 years old and committed his first murder at 18. He was once quoted as saying: “I filled a cemetery all by myself”, referring to all the bodies he had murdered.

It has been believed that Matteo Messina Denaro played a prominent role in the terrorist campaign that swept through Sicily in 1993.

When arresting the Mafia boss, Salvatore Riina, the Italian police had implemented a strict prison regime, and the Cosa Nostra wanted to scare the state away, so the mafia gang conducted a series of bomb attacks in the Via dei Georgofili in Florence. But, also, in the Via Palestro in Milan, Piazza San Giovanni in Laterano, and Via San Teodoro in Rome, which left 10 people dead and 93 injured.

After the 1993 bombings, Denaro went into hiding.

On May 6, 2002, Denaro was sentenced in absentia to life imprisonment for his role in the terrorist attacks of 1993 and for the numerous murders he has committed.

The Mafia may fight among themselves in bloody turf wars, but they always band together when against the state. When a fellow member is on the run, it is customary to help them evade capture.

There is reason to believe that Denaro has a good relationship with both Provenzano and the Graviano clans, so he might have been hiding all these years with either of their families.

According to News, the carabinieri specified, in a tweet, that Matteo Messina Denaro was found in a medical unit, where he had gone to receive clinical treatment.

Over 100 members of the armed forces have been involved in the arrest.

Images appeared on Twitter of the moment when Matteo Messina Denaro is led in handcuffs to the Carabinieri car, but also of people applauding the success of the police.

"A great victory for our state, which shows that it does not give in to the mafia. On the anniversary of three decades since the arrest of Totò Riina, another head of organized crime, Matteo Messina Denaro, is brought to justice", Italian Prime Minister Giorgia Meloni commented on Twitter.

Matteo Messina Denaro has a net worth estimated at £2.5 billion. The Mafia makes a profit of over £83 billion a year, which is equivalent to seven percent of Italy’s gross domestic product, says business group Confesercenti.