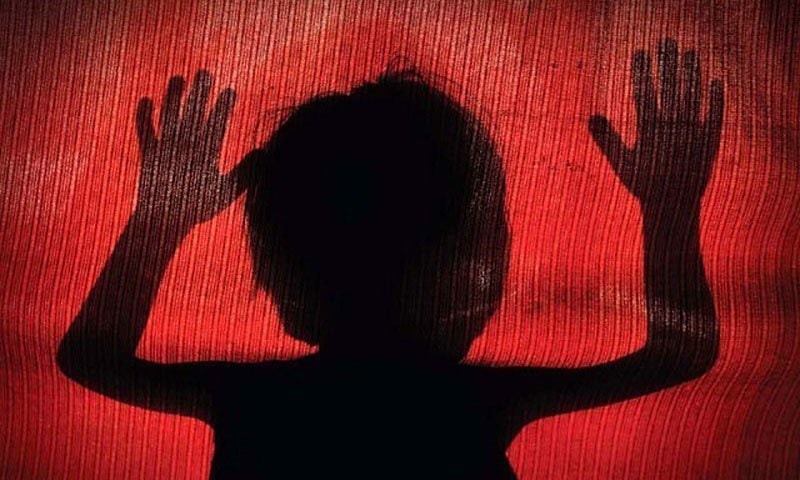 It is really heart-breaking that still, girls are not safe in cities like Delhi. She was just 9 and was raped and burnt. We truly live in a world full of monsters.

The nine-year-old had come to the front of a cemetery (Delhi's Old Nangal crematorium) cooler near her home to drink a little water as usual when she used to get exhausted. While drinking water, she was snatched, brutally tortured, and murdered by four human vultures, including the cemetery priest Radhe Shyam in South West Delhi Sunday evening. Around 6 pm, some locals called her mother and showed her the body of her daughter. She used to live with her parents in Purana Nangal in the Delhi Cantonment area.

The victim’s father added, “When this incident happened, I was not there, I was in the market. When I came home at around 7:30 in the evening her body was cremated. When I stepped out to file the case, suddenly a person from the surrounding area said why are you filing a complaint and offered me Rs 20,000, but I refused. We just want justice for our daughter, that's it. I only want to see those culprits hanged.”

The victim's family is originally from Bharatpur, Rajasthan. They came to Delhi in search of employment but they ended up a garbage pickers. The girl's father said, “My daughter used to go there to get water but I never thought in my dreams that this kind of tragedy would happen to her.” Parents are in shock as their only daughter is no more.

All four suspects are a priest, Radhe Shyam, and the other three staff Laxmi Narayan, Kuldeep, and Salim who used to work there. They all were arrested on Monday, the child’s mother identified all of them.

All four have been charged under sections 376 (rape), 302 (murder), 506 (criminal intimidation), and 204 (destruction of evidence) of the Indian Penal Code (IPC), the sections of POCSO Act, and the SC/ST Act.

Police are investigating the crime. The girl's body has already largely been cremated; it is a little difficult to find out. Medical examiners said during the post-mortem exam that "It is difficult to find anything based on the remaining parts of the body.”

The Delhi government has transferred the case to the Crime Branch and further investigation will be continued by the crime branch.

Politics has now begun in Delhi in connection with the rape and murder of a 9-year-old girl. After this incident, many political leaders came and met with victim’s families. On Wednesday Delhi’s Chief Minister Arvind Kejriwal said, “The incident of a 9-year-old innocent murder and rape in Delhi is very shameful. It's time to improve law and order in Delhi. The culprits should be given punishment at the earliest. Going to meet the victim's family tomorrow (4 August 2021), will do everything possible to help the family in this fight for justice.”

CM Kejriwal met family members of victims and assured his full and his government's support. After meeting CM Kejriwal tweeted that, “Met the girl's family and shared their pain, our government will give financial assistance of Rs 10 lakh to the family.”

Along with this Delhi government will ensure a magisterial inquiry into the matter and big and good lawyers will be engaged to get the culprits punished. He requested the Central government to take strict steps to improve law and order in Delhi. Delhi government has also ordered a judicial investigation.

Along with this, the National Commission for Protection of Child Rights also took suo moto cognizance and asked for a full report of this case from the Delhi Police.

Welfare Party National President Dr. SQR Illyas visited the family of the girl who was raped and killed by a temple priest in Delhi. The welfare party offered help to their family to get justice. Delhi State Secretary Arif Akhlaq and Fraternity Movement President Shamseer Ibrahim were with SQR.

A 9-year-old Dalit girl was brutally tortured to death in the national capital, where her father and mother are on strike in the streets for their daughter's justice, and on Wednesday Congress MP Rahul Gandhi reached their house to meet the victim's family. He held the hands of the parents and said, "I am with you". The same man who had crossed the Yogi police in Hathras and held the family together, the same man who walked in front of India Gate in the middle of the night for the justice of 8 years old Asifa, a Kashmiri girl who was raped in 2018.

He was accompanied by local Congress leaders. Rahul Gandhi spoke to the parents of the deceased victim in his car. After the meeting, Rahul Gandhi shared a picture on social media. At the same time, the Congress leader wrote on Twitter, "The tears of parents are just saying one thing - their daughter, the daughter of the country deserves justice and I am with them on the path of this justice."

Everybody is trying their best for the nine-year-old to get justice. BJP accused the opposition parties that they are playing dirty politics in the name of the rape victim. Central Government union minister Anurag Thakur said that “It is unfortunate that opposition party are seeing those rape cases and death of girls in those states where they are not in power. They should look after those states where they are in power states like Punjab and Rajasthan, where they have their governments. Why are they not looking in these states?”

BJP chief of Delhi Adesh Gupta said, “We have told the family you don’t need to worry we are with you. You will get justice and the person will get strict punishment. We have told the police to file a charge sheet in 15 days. The case will be taken up in a fast-track court.”

On Wednesday an all-women delegation of Trinamool Congress went to the residence of the victim's family and met with the family members.

From 1972 Maharashtra’s Mathura rape to the 2021 nine-years-old rape case nothing much has changed. I want to tell you that every three hours one girl is being raped. Yes, you read it right every 3 minutes but unfortunately, only a few victims file a complaint.

There are many laws in our country for rape like Section 375 of the IPC, if a man makes a physical relationship with a woman without her consent the man will be punishable. The person can get seven years of jail term to life imprisonment.

After 2012 Nirbhaya’s rape case one law was passed called Criminal Law (Amendment) Act 2013. From 7 years of jail term, it was increased to 20 years jail term to life imprisonment. Along with this Nirbhaya fund was set up by the government.

In August 2019, the Protection of Children from Sexual Offences was passed. This act allows punishing all those below 18 years of age.

All these laws have been made by the government but do you really think it's enough to stop the culprits from committing this crime? If these laws were enough then after 1972 or from 2013 girls would have never been raped.

Even if we talk about Save a Million Daughters, Beti Padhao, we retreat when it comes to saving them. And how much will you suffer... And you'll ignore how much you see... We are ashamed of every incident faced by women and the coming uncertainties.

After the incident, political people come and meet the victim’s families and after that, they forget about this incident. They make many promises of implementing new laws but after a few days, they forget. We all know they do these things for their political profit.

If we talk about Delhi’s CM Kejriwal promises to Delhi people that he will install 3 lakhs cameras for women's safety. In 2019 he claimed that he had installed 1,05,000 cameras. But my question is if these cameras have been installed are they working? If yes, then why crimes are not reduced and rape cases are not zero?

We need strict laws to restrain people from doing this crime. The central government can change the currency in one night, but not the ‘Law of Rape’ why?

There should be only one punishment for Rapist the ‘Death Penalty’. If we get the power to decide we can but the government needs to think about this and work for women's safety. Before elections, they make thousands of promises to women of their safeguards and many things but after winning the elections, they don’t even talk about women why? These questions are important because this is for every girl and women's safety.

Now is not the time to debate but to reform the laws. Now is not the time to demonstrate, but to immediately convene a special session of Parliament to improve the justice system and the justice process. But no one will regret that because it will not give publicity or TRP. Everybody is talking about the problem, but alas, nobody is saying or doing anything responsible for the solution. The only solution is to improve the justice system and bring down the Death Sentence and Fast Track Courts immediately.

We need to wake up

Where do you think these people get the audacity to rape and burn alive a nine-year-old girl? How Inhuman can they be? Wasn't he aware of the Hatharas incident where the whole system rushed to save the honour of that rapist? Didn't we see the Kathua incident where people hold Julus in support of a priest who raped the Muslim minor girl? These are recent incidents that we have witnessed ourselves. People need to stop these acts of inhumanity.

All women are not the same nor their struggles are, you don't need to protect your caste by degrading an incident to merely a gender issue. Is it caste that empowered these people to rape and burnt alive a girl of any caste and community and then threatens her parent not to complain about it? We need to be strong and fight against this. Don't weaken the struggle by playing ally and reducing it to gender violence. Step back and sit and educate yourselves.

According to a report by the National Crime Records Bureau, in September 2020 the crime against women will have increased by 7.3% in India by 2018-2019. There are around 32,000 cases registered of rape. These are those cases that were registered but what about those rape cases which people don’t even register due to fear or any pressure.