No World Leader beyond Our Time Emerges, Said Henry Kissinger 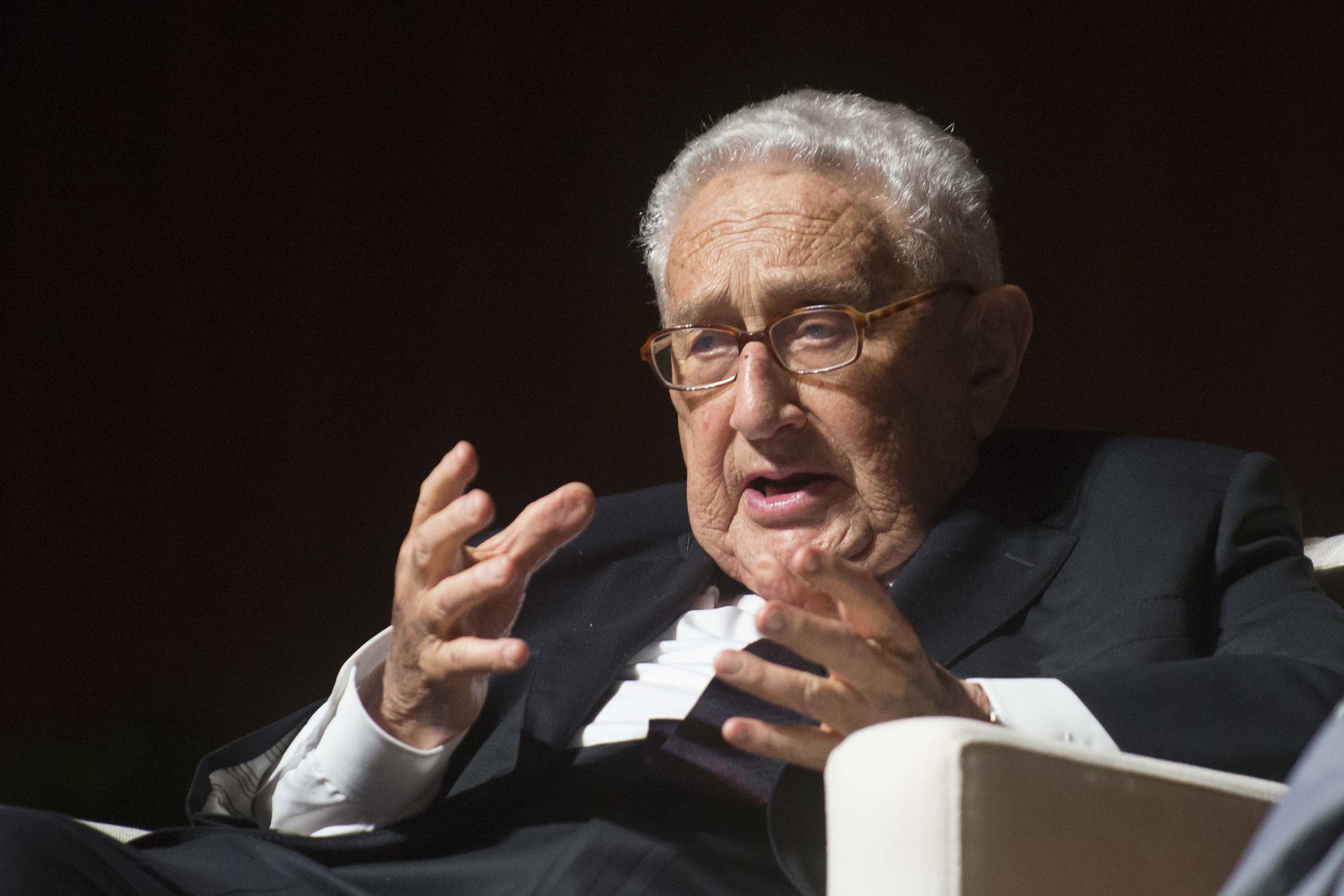 Henry Kissinger, the 99-years-old former American top diplomat and Realpolitik believer, published his 19th book Leadership: Six Studies in World Strategy this month, in which he analyzed the six world leaders in the 20th century.

Mr. Kissinger was the US National Advisor in the Richard Nixon government and the Secretary of State in the Jimmy Carter government. His major diplomatic accomplishments include bringing the US out of the Vietnam War, establishing a formal diplomatic relationship with the People’s Republic of China led by the China Communist Party, and drawing the blueprint of America’s future Afghanistan policy.

Although Mr. Kissinger has been away from the White House for decades, some people in power are still willing to listen to his words. Since the reign of Jimmy Carter, every US President meet him personally before or soon after they took the office. The only exception now is Joe Biden. He has never met Mr. Kissinger despite having been in the office for over two years.

In his new book, he reviewed the six world leaders in the 20th century that he had interacted with, including Lee Kuan Yew from Singapore, and Margaret Thatcher from the UK. He argued pessimistically that no beyond-our-time world leader emerges when we are now in a chaotic era.

Despite being a respectful diplomat and strategist, he faces some serious controversies. For example, people criticize him for being a bad economic thinker, for indulging China Communist Party and cutting the diplomatic relationship with the Republic of China in Taiwan, and recently, for implicating Ukraine to cede land to Russia to stop the war.

In the interview with USA Today, Kissinger explained more in detail that the reason why transcend world leader has not emerged is perhaps because the opportunity to make a difference has not yet come. But he supplemented that “good leaders create opportunities.”

Comparing the current American society with that of the 1970s, Kissinger believed the current challenges could be worse. For example, whereas the Vietnam War was a time of intense public debate. it was about how to achieve a largely consensual goal and find out the approaches. On the contrary, the conflicts now are “disagreements of purpose.”

Kissinger believed that the current debate is about American values, and the definition of the national interest, and therefore the dialogues between different parties become more difficult. He said that if the American society is divided over its past, it will not be able to move together toward a better future.

But there are both crises and opportunities in the modern political landscape. He still has the hope that a true world leader would come out when the darkest moment arrives.

Strategic Ambiguity is a term coined by the Jimmy Carter government to describe America’s equivocal stance between mainland China and Taiwan. Under this structure, both Beijing and Taipei will never know whether the United States will militarily intervene if Beijing launches attacks on Taipei. As a result, Beijing will be deterred to not attacking Taipei while Taipei will be deterred to not declaring independence.

Strategic Ambiguity is one of Henry Kissinger’s masterpieces, and Kissinger himself is proud of it. For a very long time, people have considered this principle the cornerstone of the order in the Asia Pacific region. On this basis, Beijing and Taipei have developed a series of similar ambiguous policies. For example, two NGOs from Taiwan and mainland China, which were quasi-government organizations, signed a memo in Singapore in 1992, claiming that both sides of the Taiwan Strait belong to one China, but they remain their own rights to explain China. This statement is later called the 1992 Consensus.

As a result, abandoning strategic ambiguity becomes a serious topic in the United States. President Biden may be one of the important pushers of this trend. He made a clear promise to militarily defend Taiwan if mainland China attacks during his trip to Japan and South Korea.

His words were a bombshell. Although the White House later maintained that America’s One China Policy remains, the ramifications of abandoning strategic ambiguity had spread across the Taiwan Strait.

Mr. Kissinger decided to defend his legacy. In an interview with PBS, he thought Xi Jinping and his strategists have clearly understood America’s power through the ongoing Russia-Ukraine War, and thereby become warier of deciding on using force against Taiwan.

He also believed that the intensity of the war among Beijing, Taipei, and Washington would be much higher than the Russia-Ukraine War because Beijing is more formidable than Moscow and geographically closer to Taipei than Washington.

Therefore, given that the Russia-Ukraine War has already caused so many unsolvable troubles, if the United States and the West don’t want a more horrible war than the one they are experiencing now, strategic ambiguity has to remain. However, he also emphasized that the United States should still deter and contain China in variable ways, including selling weapons to Taiwan, imposing sanctions on Beijing, and standing close with allies.