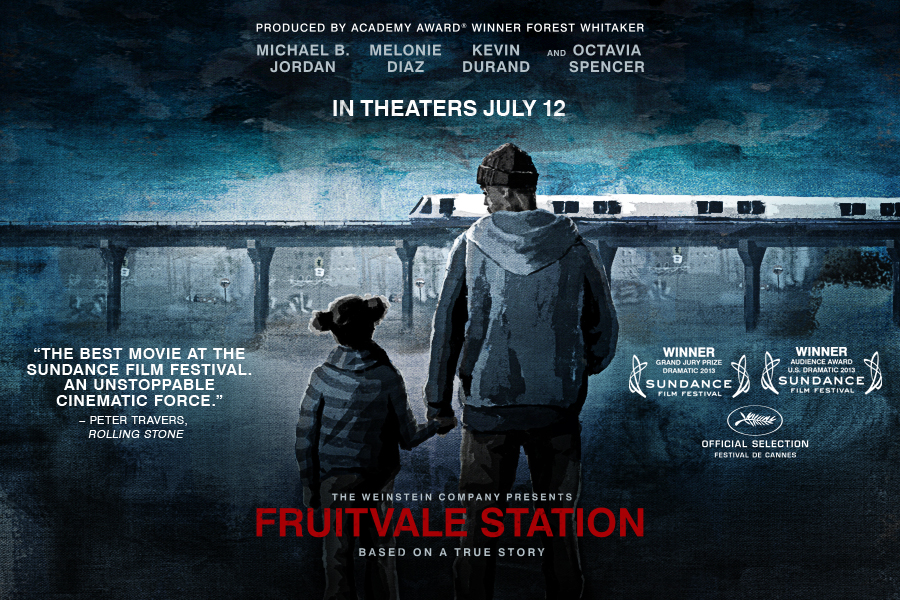 Who was Oscar Grant?

Oscar Grant was born on the 27th of February in 1986 in Oakland California. When he was born, his father was in prison serving a life sentence for murder, which left his mother to raise him alone as a single mother. When he was growing up, he was active in his local church, and he has plenty of hobbies which included fishing, basketball, and baseball. He was a troubled teenager, and he was a dropout from Mount Eden High School in the tenth grade. Since then, he has been in trouble with the law at least five times before his death. One of his first convictions was driving with broken lights, which later escalated to drug dealing which he went to prison for. In October 2006 was jailed to sixteen months in prison for carrying a 380 pistol and fled but was arrested. He served the sixteen months in Alameda County Jail and Santa Rita Jail in Dublin. He was released in September of 2008. In prison, he gained the General Educational Development. Following his release, he aspired of becoming a barber. The night of New Year’s Grant spent in San Francisco celebrating and was planning to travel back home by train.

What happened on the day?

In the early morning of New Year’s Day in 2009, Oscar Grant an African American was shot by a BART police officer Johannes Mehserle. The five BART police officers were responding to a fight that occurred at the Bay Area Rapid Transit train that was coming back from San Francisco; however, Grant was not involved in the fight. Several individuals including Grant were stopped by BART officers at the Fruitvale BART station. Before his death, he tried to explain to an officer that he was not involved and due to this was punched in the face. Johannes Mehserle was the officer that forced Grant to lie face down, took out his gun, and shot Grant in the back of the head. Grant was unarmed and was pronounced dead the next day by Highland Hospital in Oakland.

Many witnesses of the shooting had recorded the event happening, with their phones pictured with the five officers holding Grant down and forcing him to lie on the ground, later in the video he can be seen on the ground unconscious after being shot in the back of the head by Mehserle. After the event, the owners of the videos released them to the public and millions watched them. Following the event, many individuals spoke out and protested the innocent Oscar Grant and awaited trial for Mehserle. The case was deemed as involuntary manslaughter because Mehserle claimed that he was using his taser gun instead. The trial began on the 10th of June 2010 Alameda County charged Mehserle with the murder of Oscar Grant, he ended up resigning from his position, but pleaded not guilty. On the 8th of July 2010, Mehserle was found guilty of involuntary manslaughter, despite not being guilty of second-degree murder and voluntary manslaughter. The next day the U.S Justice Department began a civil rights investigation into Mehserle. The trial was also moved from Oakland to Los Angeles due to some rumoured tension in the Bay area.

According to a website Grant had a daughter named Tatiana. His wife and daughter sued the BART police for $50 million before they settled for $3 million. In 2020, the twelfth anniversary of Oscar Grant’s death was coming up and his family required closure and more information regarding the case. The case was reopened to find Anthony Pirone a BART police officer who was accused of beating another officer. A statement given to the media by Grant’s mother was as the following “I have been waiting 12 years through hurt, through tears, through the pain”. It was found out that Pirone was fired in connection to the incident, in an attempt trying to get his old position back but remained unsuccessful. The case was closed as Mehserle was charged, however, the arrest of Pirone was delayed and never looked over again. It was estimated that Pirone could have been arrested when he held his position as a BART police officer, however, there was too much focus on arresting Mehserle for shooting Grant, and it was never reviewed whether any other police officer caused any harm to Grant. According to a website, “Bart investigators did start to raise questions about Pirone’s violent behaviour”. It was later found out due to a police report that Pirone used racial slurs when talking to Grant at the time of the incident and that “Pirone was, in large part, responsible for setting the events in motion that created a chaotic and tense situation on the platform. Therefore, Grant’s family awaits justice for Grant and waits for the arrest of Pirone who they believe is also guilty of the death of Grant. Currently, Pirone is a member of the California Army National Guard, his position is a special forces communications sergeant. It is known that Pirone is a highly respected soldier and had many awards. Since 1997, he has been in the military.

To say that this incident was racially biased is an understatement. We need to minimise these incidents by spreading awareness and putting pressure on the government to improve the system. It is not us that are damaged, prejudiced, and racist, it is the system and the way it was designed.