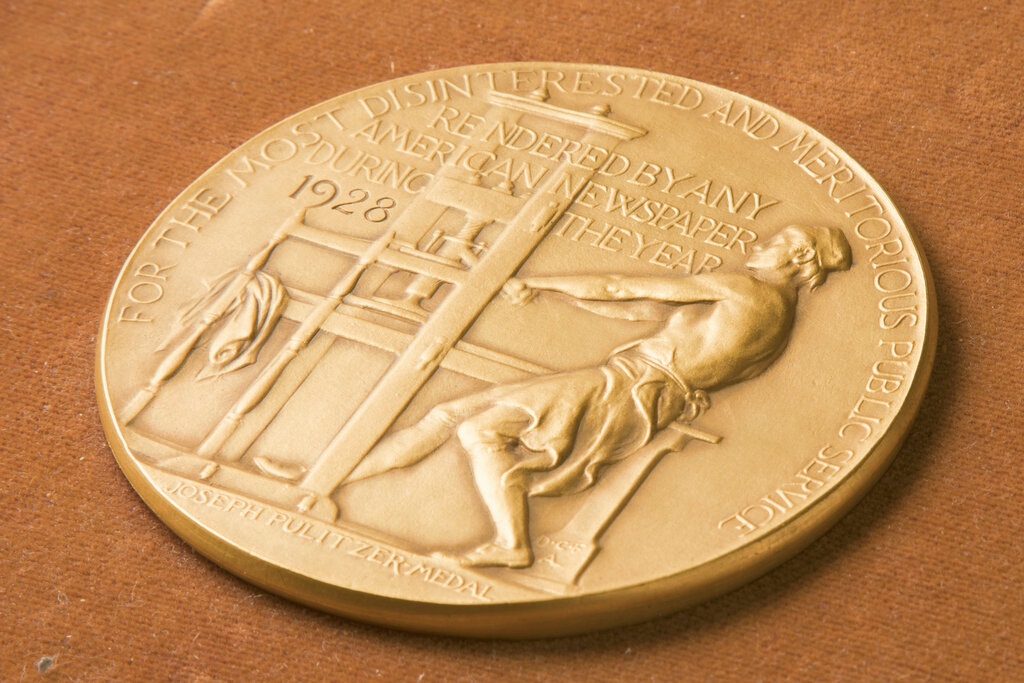 Indian origin Megha Rajagopalan, along with Alison Killing and Christo Buschek of Buzzfeed News, New York won the Pulitzer Prize in the International Reporting category. The team won the prize for their extensive investigative reports exposing China’s mass detention camps for Uighur Muslims and other minorities. They employed satellites to unleash the truth in China. Rajagopalan’s Xinjiang won her the Pulitzer Prize, one of the most prestigious awards in Journalism. This was Buzzfeed News’ first Pulitzer.

Covid-19 and racial impurities being the highlight of the year, the Star Tribune of Minneapolis won the award for the Breaking News Reporting category for George Floyd’s killing and its aftermath. The inhumane killing by the US police prompted huge protests against the age-old racial inequality and injustice not only in the USA but all around the world.

Notably, 18-year-old, Darnella Frazier, received the Special Citation for her cell phone recording of George Floyd’s killing. The Pulitzer board said- “a video that spurred protests against police brutality around the world, highlighting the crucial role of citizens in journalists' quest for truth and justice.”

The two photography awards were bagged by photographers of The Associated Press. The Feature Photography Pulitzer Prize went to AP’s chief photographer in Spain, Emilio Morenatti. He clicked the unprecedented images of an older couple embracing through a plastic sheet amid Covid-19, mortuary workers removing bodies, and people going through the crisis in isolation. Whereas, The Breaking News Photography Award was shared by 12 photographers of the AP for pictures of protests spurred after Floyd’s killing.

“Everybody, not just myself, has given up something to go cover this stuff,” Julio Cortez, one of the 12 photographers, said. “To be an illegal immigrant kid who now has a piece of the AP history is just insane. I’m just super proud of everyone’s work.”

AP President and CEO Gary Pruitt proclaimed the two prizes are “true testament to the talent and dedication of AP photojournalists.” “These photographers told the stories of the year through remarkable and unforgettable images that resonated around the world.” He added.

Ed Yong of the Atlantic and Andrew Chung, Lawrence Hurley, Andrea Januta, Jaimi Dowdell, and Jackie Botts of Reuters won the Pulitzer Prize for explanatory reporting. Yong bagged the first-ever Pulitzer Prize for the Atlantic for his deeply explained reports on Covid-19 as cited by the Pulitzer board “for a series of lucid, definitive pieces on the COVID-19 pandemic that anticipated the course of the disease, synthesized the complex challenges the country faced, illuminated the U.S. government’s failures, and provided clear and accessible context for the scientific and human challenges it posed.”

Reuters staff was honored, as the board cited, for “pioneering data analysis" of their 'Shielded' series, which deals with the legality of qualified immunity that shields police who use excessive force.

The Marshall Project, AL.com, IndyStar, and Invisible Institute were honored with Pulitzer Prize for National Reporting for reporting and investigating the attacks by K-9 police units around the country, all year round. “This investigation shows the power of journalistic collaboration between local and national outlets, and cooperation between reporters, editors and designers to create a series with impact.”- said Susan Chira, The Marshall Project’s editor in chief.

Wesley Morris of The New York Times was honored for the criticism category for, what the judges cited as “unrelentingly relevant and deeply engaged criticism on the intersection of race and culture in America.” The New York Times also got Public Service Prize for pandemic coverage, which was described as “courageous, prescient and sweeping” and “filled a data vacuum” by the judge’s panel.

The feature category was shared by two recipients. Nadja Drost and Mitchell S. Jackson, both freelancers, writing for The California Sunday Magazine and the Runner’s World, respectively. Nadja won the award for her piece on global migration. And Jackson received it for articulating a story on the killing of Ahmaud Arbery, a black man shot in Georgia.

Matt Rocheleau, Vernal Coleman, Laura Crimaldi, Evan Allen, and Brendan McCarthy of The Boston Globe were awarded Pulitzer for Investigative Reporting for the series on the failures of state governments to share information about dangerous truck drivers.

David Zucchino’s Wilmington’s Lie: The Murderous Coup of 1898 and the Rise of White Supremacy was honored with General Nonfiction Pulitzer. The book incorporates the little-known history of an incident in North Carolina. It is about a white supremacist coup against the multiracial government and the assaults against the Black residents.

The Pulitzer Prizes, the most prestigious American journalism awards were first handed out in 1917 when newspaper publisher Joseph Pulitzer established them in legacy to New York’s Columbia University in his will. The awards were postponed, originally slated for April 19, for the second consecutive year so that the judges could decide in person. The Prizes are administered by Columbia University.

The winner of the Public Service Pulitzer, which is The New York Times this year, is honored with a gold medal. Other categories carry a price of $15,000 each.