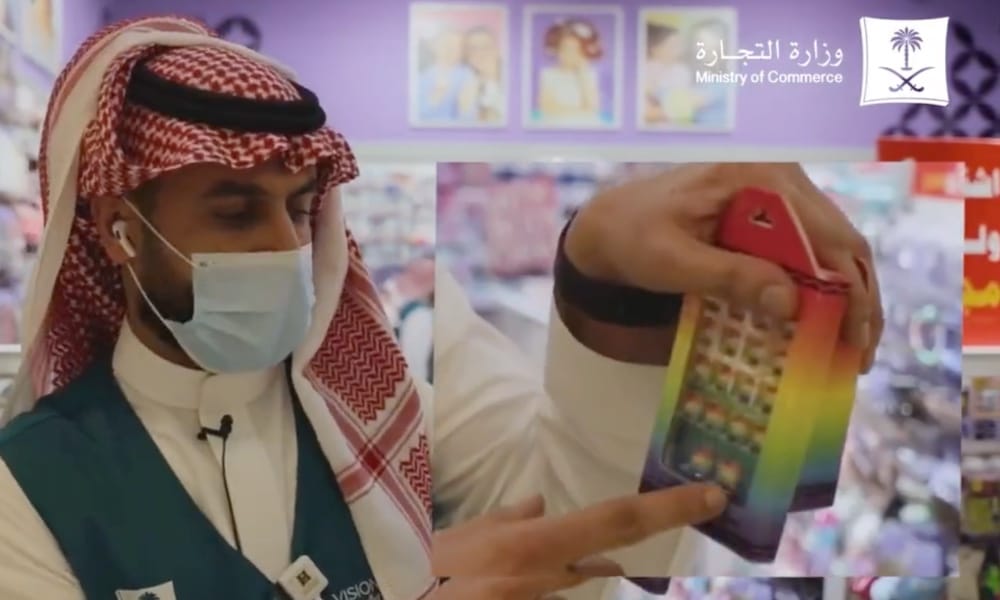 A recent video in Riyadh, Saudi Arabia’s capital, is circulating of Saudi authorities seizing children’s toys and accessories all because they have one thing in common - they are all rainbow. Although most people know that children love bright and fun colours, aka the colours of the rainbow, the surprise inspectors from the Ministry of Commerce were convinced that the rainbow print promoted homosexuality to children.

Saudi Arabia’s judicial system is decided by different interpretations of the Islamic Sharia and criminal verdicts are dependent upon how individual judges interpret the Quran. The claire’s store was raided of all items deemed unsuitable for children because of their homosexual signalling. Homosexuality is considered a crime punishable by torture or even death In Saudi Arabia.

The rainbow accessories supposedly targeted young children instead of just being designed for children. Across the world, the rainbow flag is considered the flag for LGBTQ+ pride, and is highly recognisable, even in countries where homosexuality is condemned. The toys were also sold in June, which happens to be pride month, perhaps what made the harmless children’s toys seem laughably even more malicious.

Various other stores in Riyadh were raided for items that went against Islamic values. In the video, several members of the Ministry of Commerce can be seen holding hair bows, toys and bags etc, showing them to the camera and then chucking them onto a pile on the floor as a spectacle to be thrown away.

Saudi Arabia also recently asked if Disney could cut a scene from Doctor Strange 2 in which America Chavez, who happens to be a lesbian character, briefly refers to her two mums. Disney, who openly represent LGBTQ+ characters within their films, refused to make any amends to suit such conservative views. As a result, Saudi Arabia decided not to screen the new marvel movie until the unlikely amends were made. The apparently controversial film has since been banned from Egypt, Kuwait and China. On the bright side, the film has been incredibly successful and has made $678 million at box office.