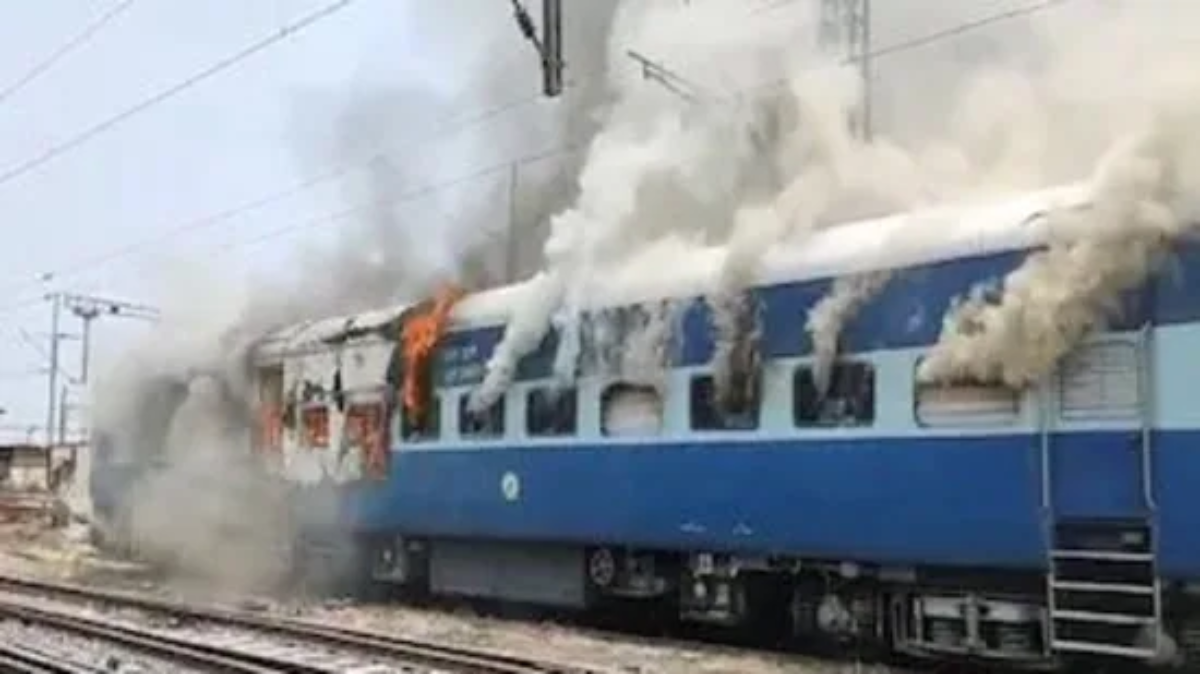 Several parts of Bihar are seeing protests against the Agnipath scheme as they sloganeer and hold up banners saying "Indian Army lovers” rejecting the new army recruitment scheme.

The protests have reportedly turned violent as protesters block rail and road traffic for the second day in a row, wielding lathis and breaking the glass windows of the express train at Bhabhua Road railway station, setting a coach on fire.

The protests have also spread to different parts of Uttar Pradesh on Thursday with army aspirants pelting stones at a government bus in Agra, and staging protests in Bulandshahr and Ballia.

Police resorted to tear gas shelling to disperse a huge crowd of protestors after they began pelting stones at Arrah railway station, throwing furniture on the track and setting them on fire, while the railway staff used fire extinguishers to put out the fire on the tracks.

In Jehanabad, cops threatened protesters with guns to disperse them to clear the railway tracks after they began stone pelting while hounding the railway tracks where they had gathered to protest, injuring several people including

In Saharsa, police chased away students who were disrupting rail traffic and pelting stones. In Nawada, protesters burnt tyres at a public crossing, raising slogans demanding the removal of the tour of duty scheme.

Yesterday, protests broke out in Bihar's Muzaffarpur and Buxar with the protesters asking what they will do after four years. Under the Agnipath scheme, about 45,000 people between the age of 17.5 years and 21 years will be inducted into the services for a four-year tenure.

Protests have been reported from several parts of neighbouring Uttar Pradesh as well. Studengs took to blocking GT road in Bulandshahr, raising slogans and demanding the removal of the policy. Student-led protests were also held in Gonda, where they carried placards while sloganeering.

Amid ongoing protests, Uttar Pradesh chief minister Yogi Adityanath hailed the 'Agnipath Yojana' as  golden base to the future, asking youth to not be misled about its benefits.

Agnipath, the tour of duty scheme, proposes the recruitment of jawans on a contractual basis for a four-year period followed by compulsory retirement for most without gratuity and pension benefits. During this period, they will be paid a monthly salary between Rs 30,000-40,000 plus allowances.

They will also be entitled to medical and insurance benefits. After 4 years, only 25 % of these soldiers will be retained and the remaining will exit the services with a package between Rs 11 lakh -12 lakh, but won't be eligible for pension benefits.

The new policy has drawn criticism and questions from several quarters, including a section of veterans. Critics have argued that a four-year tenure will hit fighting spirit in the ranks and make them risk-averse.