Sister Lucy Kalapurakkal: A look into the reasons on why a nun from Kerala was dismissed from her congregation 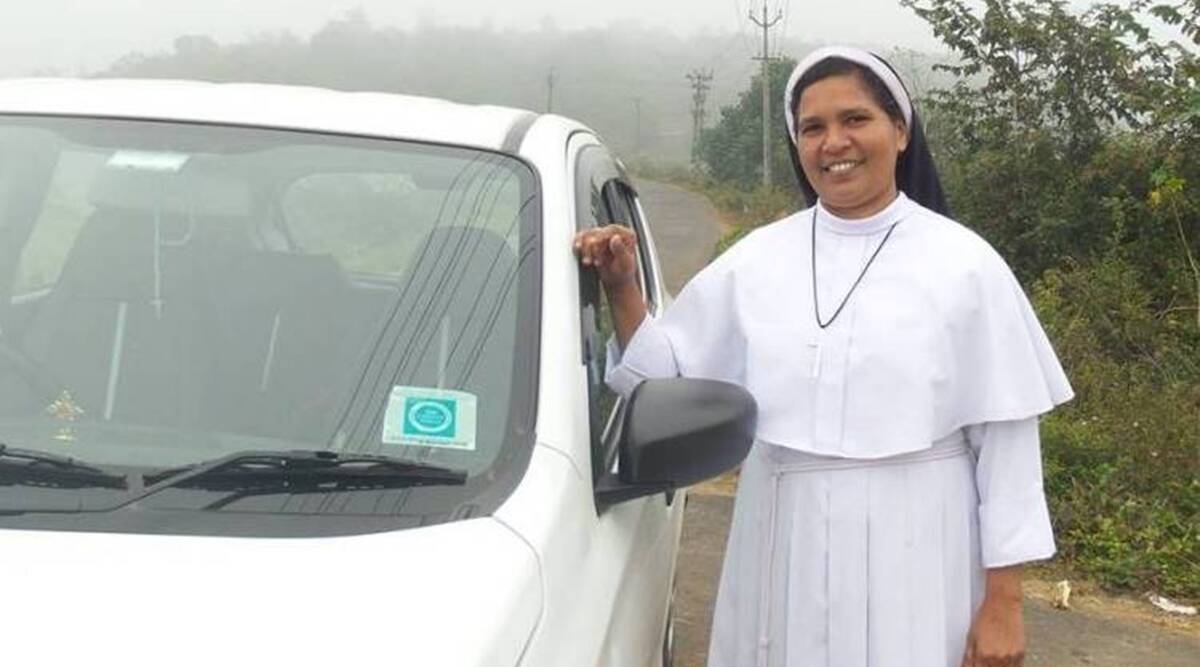 On 13 June 2021, the Vatican ultimately rejected the final appeal made by Lucy Kalapurakkal aka sister Lucy regarding her dismissal from the Franciscan Clarist Congregation (FCC). Till this date, sister Lucy has been living in the convent amidst alienation from other nuns. She had been ignored and at times was not provided food and locked up until sister Lucy sought police intervention. After this, she was allowed to stay at her convent till the verdict of her appeal came through. But during this period the nuns still maintained a distance from the mutineer of their congregation.

The reasons registered for her dismissal include a number of them from buying a car, learning to drive, publishing a book and poems for profit, violating dress codes, and most importantly the disguised reason- for protesting and calling out a bishop named Franko Mulakkal who is accused and is standing trial for raping a fellow nun multiple times over a period from 2014 to 2016.

Sister Lucy was part of the group of nuns who registered their protest against the Bishop in September 2018. Since then Franco Mulakkal is to stand trial and face the court after multiple appeals of his got rejected, even by the Supreme Court.

Warnings about indiscipline and not following the code of conduct under the congregation were made against Sister Lucy even before she registered her protest against bishop Franco Mulakkal.

For instance, she bought her car against the permission of her seniors in her congregation, she was also notified for indiscipline in multiple counts for expressing her freedom and autonomy while being a part of the church hierarchy and bureaucracy. She was also scrutinized for publishing and writing in independent sources about social issues regarding the church.

After Sister Lucy engaged in protests against Bishop Mulakkal in September 2018, the disciplinary proceedings against her on all counts of indiscipline were fast-tracked, and in less than a year, she was asked to leave the congregation. However, Sister Lucy stayed back and appealed the decision of the FCC and as of now according to the church of Kerala, her appeals have been dismissed by the Apolostica Signatura which is the highest judicial authority of the catholic church.

The other nuns who participated in the protest had to face similar fates. In 2019 around 4 of them were transferred to other locations across the country and other protesters representing the church were asked to provide justifying statements of regret for their actions. Franco Mulakkal on the other hand is currently not in jail and his trial proceedings have not commenced.

Sister Lucy is still adamant about not leaving her convent and believes justice will prevail. Her hope now lies in the realms of the court. She believes that her side was not heard during the appeals and claims that the entire proceeding was one-sided favouring her dismissal. She also believes that her case has not personally reached Pope Francis’ desk and hopes to have a fruitful discussion with him regarding her situation.

In an interview two years back, when asked if the reasons given by the church for her dismissal are justified or suggestive of remorse, sister Lucy replied,  " No I should have done more". This is also the same time that her autobiography "Karthavinte Namathil" (In the name of God) was published.

The narrative in the book brings out experiential accounts about the sexual abuse and injustices happening within the system of the church. It also brings out the immunity the propagators have after such events because of their political and community connections.

The FCC insists that the reasons like driving a car, publishing poems, making media appearances, and even acting out against injustices within the system are violations of the vows she had taken before starting her work for the church or the divine establishment.

So what exactly are these vows?

The vows include a vow of chastity, a vow of obedience, and a vow of poverty. The latter two vows are claimed to have been violated by Sister Lucy. The vow of poverty is not one taken by every congregation, but it is taken under the Franciscan order which includes the congregation that Lucy Kalapurakkal represents.

If buying a car goes against the vow of obedience and vow of poverty, sister Lucy has another stand here. She believes that if used for the goodwill of people then it should be allowed. Sister Lucy claims that having a car during the COVID lockdown period has helped her efforts of supporting the police as she was a government teacher on COVID duty. However, these statements were brushed aside by the church while considering her appeal. Material possessions that serve the community should be allowed was sister Lucy’s stand.

For sister Lucy, wearing a churidar is more comfortable considering the hot climate in Kerala. Wearing nun clothes in such environments can be unhealthy and not favourable. She suggested, If fathers can buy cars and wear clothes of their choice outside the church, why can't nuns do the same as well?

Sister Lucy is a person trying to fight the system within the structure that defines it. So what is the system here?  It is the catholic church and its traditional way of functioning. Nuns are expected to serve under the patriarchy that defines church leadership. For 2000 years, the priesthood was always a male prerogative. After all, Jesus Christ is said to have chosen twelve apostles who were all men to spread the word and truth of Christianity. Hence being subservient, obedient, and docile is an expected norm and when there is a violation of this tradition, the solution lies in silencing the voices that invigorate change.

However, there is also the issue of preserving an image of a religious institution that symbolizes the highest moral authority. A threat to this would adversely bring down the trust and reputation these institutions have with society. A trust which brings in funds ranging to millions across the world. In this context, allegations and events of sexual abuse will be restrained and silenced to preserve the tenants of Christian tradition and trust.