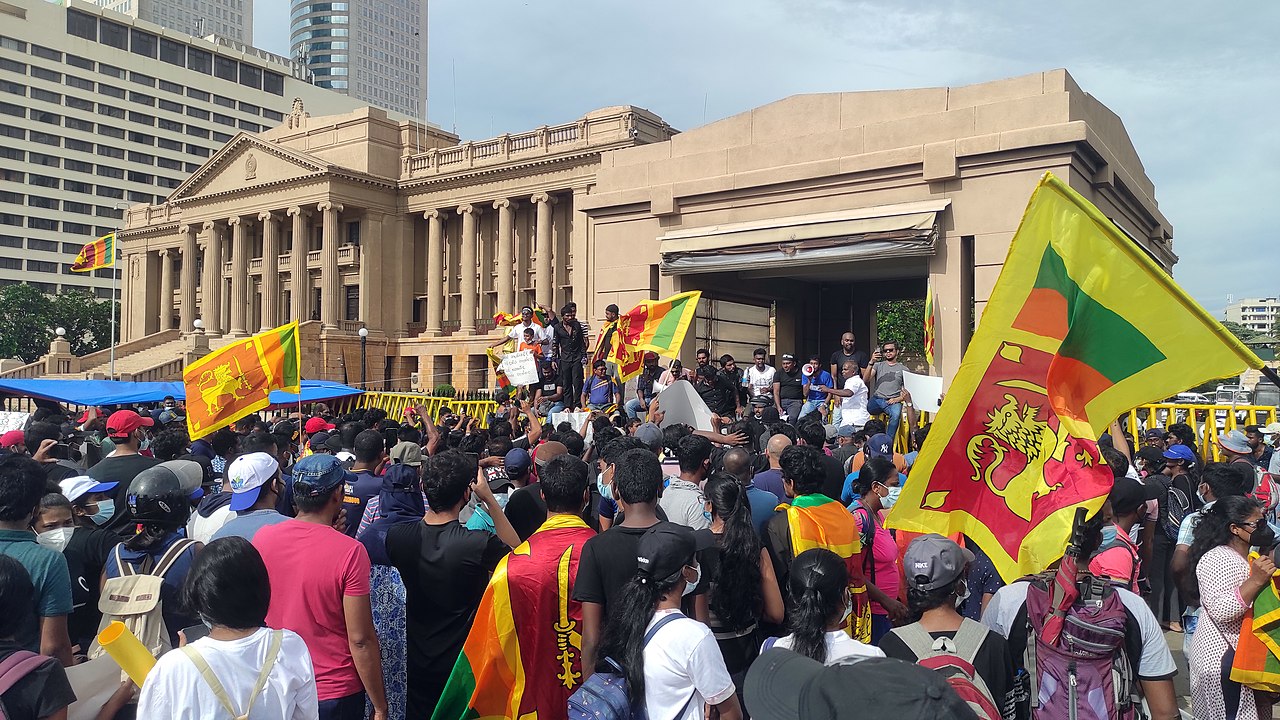 Burning vehicles, beating law enforcement, breaking into national leaders’ houses…the sudden bankruptcy of Sri Lanka is daunting and disconcerting. But the catastrophe that the people of Sri Lanka are suffering now may soon become a reality for the majority of people across the world. As I’m writing down these words, it has been confirmed that the former President of Sri Lanka has fled to Singapore.

Prior to the bankruptcy, Sri Lanka had an almost-perfect 98.1/100 score in the Environmental, Social, and Government index (ESG) created by World Economics, a non-profit institute studying the global economy. ESG can reflect the dynamics of environmental protection, social stability, and the effectiveness of government in a certain country.

Ironically, Haiti, one of the world’s most underdeveloped countries, has an even more perfect 99 score. The United States is lagging far behind them with 58 scores.

Whereas these rankings are absurd, they prove an urgent and serious issue that all the rankings made before the Russia-Ukraine War may mean nothing now. Sri Lanka may be just the beginning of a global crisis.

As the United Nations Secretary-General Antonio Guterres said, “the war in Ukraine is inflaming a three-dimensional global crisis – food, energy, and finance – that is pummeling the most vulnerable people, countries, and economies.”

The Vice President of the European Commission Frans Timmermans said on July 8 that leaders in the EU have to face the cruel reality that there will be not enough clean energy supply in the coming winter if the Russia-Ukraine War has not been ended yet. Hence, the EU leaders should improve the supply and transportation system of fossil fuels in a short period.

What Boris Johnson called “war fatigue” is spreading among people. Plenty of social media users have started to review their original purposes of supporting this war. People are quietly removing the flag of Ukraine from their social media profiles; news about Ukraine is less frequently seen on social media hotspot lists.

World leaders are working to deal with the imminent energy crisis by pushing oil producers to produce more. An eyes-catching attempt is US President Joe Biden’s first visit to the Middle East.

Two days before his trip, he contributed an article to the Washington Post to explain why he wanted to visit Saudi Arabia. This is a rather rare behavior in American politics because American leaders seldom personally release an article to news outlets about their foreign policies, and also seldom that the leaders would specifically name a country in their articles.

Although the word “petroleum” has not appeared in the article, it is evident to people that the major purpose of this trip is to persuade Saudi Arabian King Mohammed bin Salman (MBS) to produce more crude oil.

His only sentence that is implicitly relevant to oil is “its (Saudi Arabia) energy resources are vital for mitigating the impact on global supplies of Russia's war in Ukraine.” However, the world’s largest oil producer is not Saudi Arabia but the United States. There is not anyone making any similar statement about the importance of the U.S. in maintaining global oil supplies.

The ban on Russia’s energy, the mysterious death of the Secretary-General of OPEC in Nigeria, and America’s release of its strategic crude oil reserve all indicate the severity and imminence of this energy crisis.

On the Verge of Famine

David Beasley, the head of the World Food Program, told the U.N. Security Council that “Ukraine has turned from the breadbasket of the world to breadlines” due to the enduring war. In a report to the UNSG last month, he added that the war is causing the worst food crisis since WWII and at least 50 million people in 45 countries are now on the verge of famine.

But apart from the war, food shortage is also a result of governments prioritizing cutting carbon emissions and ESG standards over food security. And this is one of the important reasons for the tragedy of Sri Lanka.

In April 2021, the Sri Lankan government announced a ban on chemical fertilizer and required all peasants to use organic fertilizer, hoping to sustain the environment and make yields rebound. This caused serious problems because Sri Lanka couldn’t produce enough organic fertilizer. The government tried to fix this problem in November, but it was too late.

Similar things occur in Netherland. The Dutch government announced last month to significantly curtail nitrogen and ammonia emissions. This is bad news for Dutch’s famous cattle and milk industries that happen to be the major producers of nitrogen and ammonia.

Exaggerated by the ramifications of the Russia-Ukraine War, Dutch farmers decided to protest on the streets with their giant trucks. The protest is likely to be escalated to a violent one, given that Dutch police have shot some farmers.