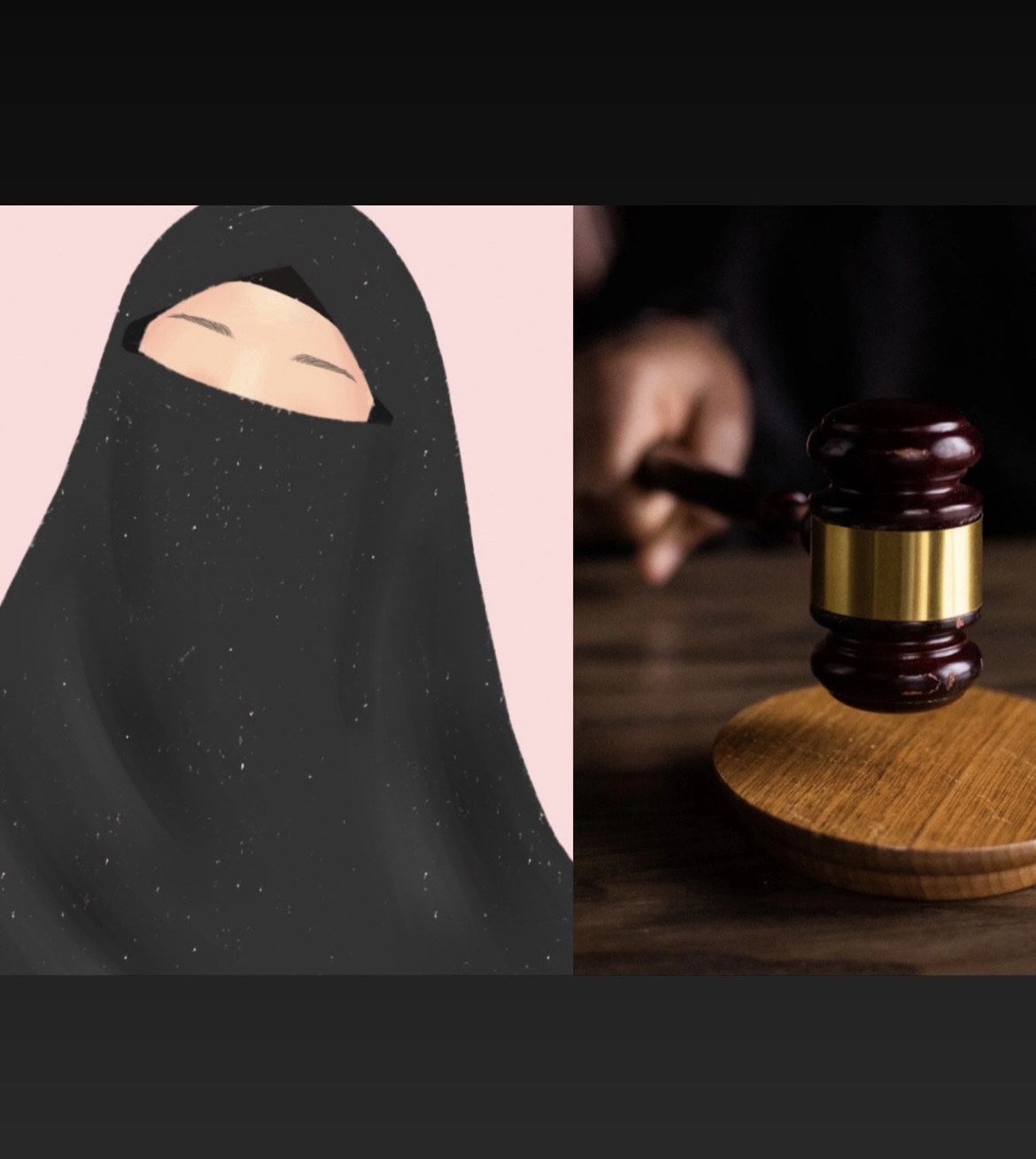 On Thursday, a Two-Judge Supreme Court (SC) bench of Justices Sudhanshu Dhulia and Hemant Gupta pronounced a split verdict on Karnataka’s hijab ban issue. A batch of petitions was filed in the SC challenging the Karnataka High Court’s judgement which refused to lift the ban on Hijab in the educational institutions of Karnataka. Because of the “divergent opinion,” the matter was placed before the Chief Justice of India (CJI) “for appropriate directions,” who will set up a larger bench to decide the case. The whole controversy over hijab began when some educational institutions in Karnataka started stopping the students wearing hijab from attending classes, and Karnataka Government invoked the state law to ban hijab in the schools and colleges of the state.

In some colleges of the Udupi district of Karnataka, the students wearing hijabs were not allowed to enter the college premises by the college staff. Some Muslim girls protest against the college authorities for stopping hijab-wearing students from entering their classes. Some petitions were filed in Karnataka High Court against the college authorities. When the High Court was scheduled to hear the petitions on February 8, the Government of Karnataka, on February 5, invoked 133 (2) of the Karnataka Education Act, 1983, which states that it was compulsory to wear the uniform.

The order reads, “The private school administration can choose a uniform of their choice.” The ruling implies that the students must wear the uniform chosen by the College Development Committee or the appellate committee of the administrative board of pre-university colleges. It was mentioned in the order that if the organizational committee has not selected a uniform, then “clothes which disturb equality, integrity and public law and order should not be worn.”

On March 15, A Three-Judge bench of Justices Ritu Raj Awasthi (Chief Justice), Krishna S Dixit, and JM Khasi rejected the plea that the ban on hijab violated some fundamental rights (Articles 14, 15, 19, 21, and 25) and upheld Karnataka Government’s order. The High Court’s order stated, “It is too far-fetched to argue that the school dress code militates against the fundamental freedoms guaranteed under Articles 14 (Equality before law), 15 (Prohibits discrimination on the grounds of religion, race, caste, sex or place of birth), 19 (Freedom of speech and expression), 21 (Protection of life and personal liberty) and 25 (Freedom of religion) of the constitution.

Most importantly, the order further ruled that hijab is not an essential part of Islam. The High Court order said, “There is sufficient intrinsic material within the scripture itself to support the view that wearing hijab has been only recommendatory if at all it is. What is not religiously made obligatory, therefore, cannot be made a quintessential aspect of the religion through public agitations or by the passionate arguments in court.”

When the case was being heard by a Two-Judge bench, on September 22, Karnataka Government’s Advocate General, Prabhuling Navadgi, informed the bench that the right to wear hijab in educational institutions is not a fundamental right. He argued that the women in countries like Turkey and France, where wearing hijab is prohibited, the women “do not become less Islamic” because they do not wear hijab.

He submitted, “When we enter an educational institution, both students and administrators are governed by the Education Act in itself, and the question of violation of fundamental rights does not arise.”

Split Verdict of the Supreme Court

In a split verdict, a Two-Judge bench of the apex court made strong comments in favor of and against the hijab ban in Karnataka educational institutions. Justice Sudhanshu Dhulia was against the ban, but Justice Hemant Gupta upheld the ban.

Justice Sudhanshu Dhulia opined that hijab in educational institutions is not a “public issue” and that not permitting Muslim girls to wear hijab is an invasion of their privacy and prevents them from education. He opined, “By asking the girls to take off their hijab before they enter the school gates, is first an invasion of their privacy, then it is an attack on their dignity, and then ultimately it is a denial to them of secular education.”

Furthermore, Justice Sudhanshu Dhulia said, “Wearing hijab is a matter of choice. The concept of essential religious practices wasn’t essential for the resolution of the dispute, the Karnataka High Court took the wrong path there. It was about Article 15, it’s a matter of choice, nothing more and nothing else.” While quashing the Karnataka Government’s order, he added, “Are we making her life any better? That was a question on my mind. I have quashed the Government order of February 5 and have ordered the removal of restrictions.”

On the contrary, Justice Hemant Gupta countered Justice Sudhanshu Dhulia by stating that one uniform for all the students would be the implementation of secularism. Justice Gupta said, “Permitting one religious community to wear their religious symbols would be the antithesis to secularism.” He dismissed all 26 pleas against the Karnataka High Court judgement. Also, Justice Gupta raised 11 questions in his order and stated that such questions were against the appeals while dismissing the pleas.

What after the split verdict?

After the split verdict of the Two-Judge bench, the matter will be placed before the Chief Justice of India, UU Lalit, for appropriate directions. A new larger bench will be constituted by the CJI to hear the case.

On a split verdict, Karnataka Government’s Primary and Secondary Education Minister BC Nagesh told the Press that they were expecting a better judgement from the apex court. While interacting with the reporters, the Minister added that the Government would continue to implement the February 5 order till the SC delivers its final verdict. Also, he informed the students to come to the educational institutions in uniforms as mentioned in the Government’s ruling. Further, he highlighted that in the whole world, women are protesting against the imposition of hijab.

There Is Freedom Of Religion, But No Freedom On Forced Conversion: Supreme Court Of India