The Day in the Life of a Palestinian: Ramadan Edition 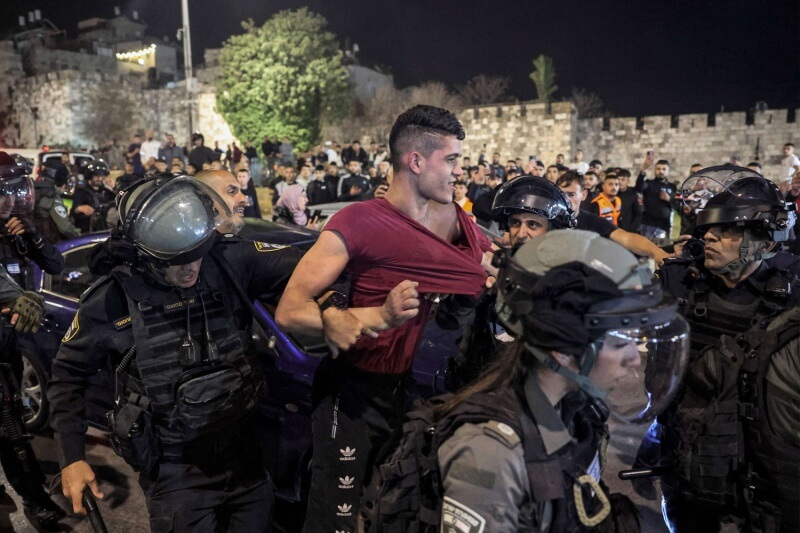 The first Friday of Ramadan in Palestine was marked by thousands of Palestinians gathered at the Al-Aqsa Mosque in Jerusalem, which was cut off peacefully.  The process of reaching Al-Aqsa was lined up long early in the morning at Israeli checkpoints to visit Al-Aqsa.  However, a rare peaceful moment cannot cover the constant fear and terror imposed on the Palestinians, as they are not being allowed to celebrate the holy month like themselves.

Beginning on Saturday, April 2nd, millions of Muslims around the world began Ramadan with various celebrations around the globe.  However, for the Palestinians, the beginning of the month was marked by the forcible arrest of Israeli soldiers outside the Damascus Gate area of ​​the Old City of Jerusalem.

Sunday, April 3, marks the first weekend of Ramadan, a month for the Palestinian people and the inability to celebrate the community.  Instead, Israeli forces wounded and arrested dozens of Palestinians at the first weekend.  Israeli police officers violently appeared through the crowns of Palestinians who had gathered to celebrate Ramadan, beating several of them with steel bullets and grenades.  According to Palestinian news outlets, videos of Israeli officers beating young men have been circulated, which has injured 20 Palestinians and taken four to hospital.

Before this kind of violent meaning became associated with Ramadan, the Damascus Gate was known as a popular gathering place for many Muslims during Ramadan.  It was a place for the community to gather after Iftar to celebrate the evening after a long day of fasting.  It has now evolved from a scene of celebration to a scene that is now closely linked to Israeli police violence against Palestinians, as Israeli forces now maintain a permanent security checkpoint in the area.

This is just one example of how the lives of Palestinians are filled with checkpoints, patrols and trauma.  Incidents of such violence during the month of Ramadan deprive people in cities like Jerusalem of the ability to celebrate the true purpose of the month.  Violence is expected to continue throughout Ramadan 2022, as Israeli forces find it difficult to give the Palestinian people a chance to gather family, friends and community to break their fast and perform their prayers together.

Such incidents are directed at angering Palestinians who are travelling through endless checkpoints to practice their faith and break their fast at home.  After Ramadan, the people of Palestine are constantly tested by the Israeli occupation.  However, if the prayers of the Al-Aqsa community show anything, it is that the Palestinians can still unite and their souls will continue to move beyond occupation.