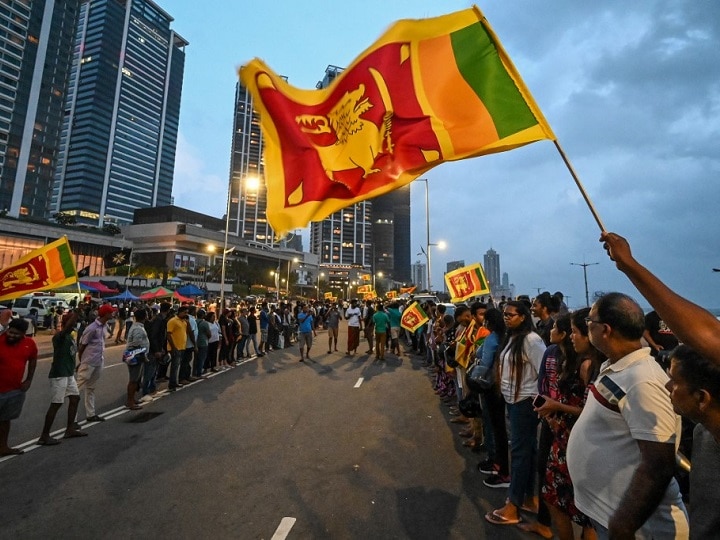 Sri Lanka has been under curfew and in crisis, but the issue is why are the people of Sri Lanka revolting and taking to the streets? Protests against growing costs and shortages erupted in recent April in Colombo's capital and have since risen in scale and spread throughout the country. People are enraged because the cost of living has become unsustainable.

Food costs began to rise in late 2021, and consumers are now spending up to 30% more on food than a year ago. This has led many people to forgo meals. There are also fuel shortages and electricity outages, and a scarcity of medicines has pushed the health system to its knees.

Protesters tried to invade the prime minister's primary residence while Mahinda Rajapaksa was inside, and they targeted Rajapaksa family homes across Sri Lanka. The family has been a key figure in Sri Lankan politics for years, holding top posts in numerous administrations.

Mahinda Rajapaksa served as President of Sri Lanka during the country's lengthy civil war, which concluded in 2009 with the defeat of Tamil Tiger rebels. His younger brother, Gotabaya, who was the defense minister at the time, is now the president of Sri Lanka. Gotabaya has stated that he has no intention of stepping down as president, and a state of emergency was imposed last week. As the country's problems intensified, two other relatives, Basil and Chamal Rajapaksa, who held crucial roles in the administration, quit last month. Namal, one of Mahinda Rajapaksa's sons, followed suit, resigning from his government job.

Sri Lanka's challenges stem from the country's depleted foreign currency reserves. The government relies heavily on imports yet cannot manage to spend on staple commodities and fuel. The government blames the COVID pandemic, which nearly wiped out Sri Lanka's tourism sector, one of the country's most important foreign currency earners. It further claims that three years ago, a string of devastating bomb attacks on churches scared off tourists. Many analysts, though, believe economic mismanagement is to blame.

After its civil war ended in 2009, Sri Lanka focused more on its internal markets than exporting to global markets. As a result, export earnings remained low while import bills rose.

Every year, Sri Lanka imports about $3 billion (£2.3 billion) more than exports. The government also ran up massive debts with countries such as China to support what opponents call needless infrastructure projects. Sri Lanka had $7.6 billion (£5.8 billion) in foreign currency reserves in 2019. However, by March 2020, its budget had shrunk to about $1.93 billion (£1.5 billion). Then Finance Minister Ali Sabry subsequently stated that most of these reserves were unusable, leaving the country with about $50 million (£40.5 million).

Several populist policies have also been accused of exacerbating the problem. President Rajapaksa chose to offer significant tax cuts when he took office in 2019. This means the government has much less money to spend on foreign currency purchases.

Mr. Rajapaksa now concedes the tax cuts were a "mistake," and Finance Minister Ali Sabry says they cost the government more than $1.4 billion (£1.13 billion). When money shortages in Sri Lanka became a significant issue in early 2021, the government attempted to stem the outflow of foreign currency by prohibiting all imports of inorganic fertilizers and instructing farmers to utilize organic fertilizers instead.

Crop failures were prevalent as a result. Sri Lanka had to import food, which exacerbated the country's foreign cash shortfall. According to an IMF analysis released in March this year, the fertilizer embargo (which will be lifted in November 2021) has also harmed tea and rubber production, resulting in "possibly significant" export losses.

Ever since, the government has prohibited the importation of a broad range of "non-essential" commodities, including automobiles, certain types of food, and even shoes. The government also refused to allow the Sri Lankan rupee to depreciate against other currencies to stimulate exports. It ultimately did so in March 2022, and the rupee dropped by more than 30% versus the dollar.

As the ongoing tension between the people and the authorities of Sri Lanka increases, former Prime Minister Mahinda Rajapaksa resigned on Monday as violence erupted, leaving his younger brother Gotabaya Rajapaksa to serve as president. With this, the formation of a new cabinet comes into form.

After over a month of primarily peaceful anti-government rallies, they turned violent this week when followers of former Prime Minister Mahinda Rajapaksa attacked an anti-government protest camp in Colombo's commercial hub, destroying tents and clashing with protestors. More than 300 people were hurt in the early fights and retaliation against government members.

A 24-hour curfew enforced on Monday was eased for a few hours on Thursday and Friday to enable the procurement of vital commodities. On Saturday, the government raised the curfew from 6 a.m. (0030 GMT) to 6 p.m. On Saturday, Sri Lanka suspended a statewide curfew for 12 hours as incoming Prime Minister Ranil Wickremesinghe tried to build a government amid confrontations with anti-government groups that killed nine people.

Sri Lanka is experiencing its biggest economic catastrophe since its 1948 independence from the United Kingdom, thanks to the pandemic, rising oil prices, and populist government tax cuts. Foreign reserves are depleted, and widespread inflation and gasoline shortages have prompted hundreds to take to the streets in revolt.

Wickremesinghe was re-elected Prime Minister for the fifth time late Thursday. Until parliament reconvenes on Tuesday, the 73-year-old was scheduled to begin choosing ministers. He nominated four officials from Rajapaksa's Sri Lanka Podujana Peramuna (SLPP), which is unlikely to appease demonstrators calling for the party's demise.

According to the president's office, G.L. Pereis, the SLPP chairman who resigned on Monday, is among those appointed. Wickremesinghe's United National Party has only one lawmaker in parliament. As a result, building a coalition government will be contingent on the participation of other parties. Wickremesinghe has pledged the Rajapaksas' Sri Lanka Podujana Peramuna's support.

The main opposition has proclaimed its rival, but several smaller parties have stated their support for the incoming prime minister's economic proposals.