The Food Crisis: Why the war could leave a long-term impact on Africa’s food security? 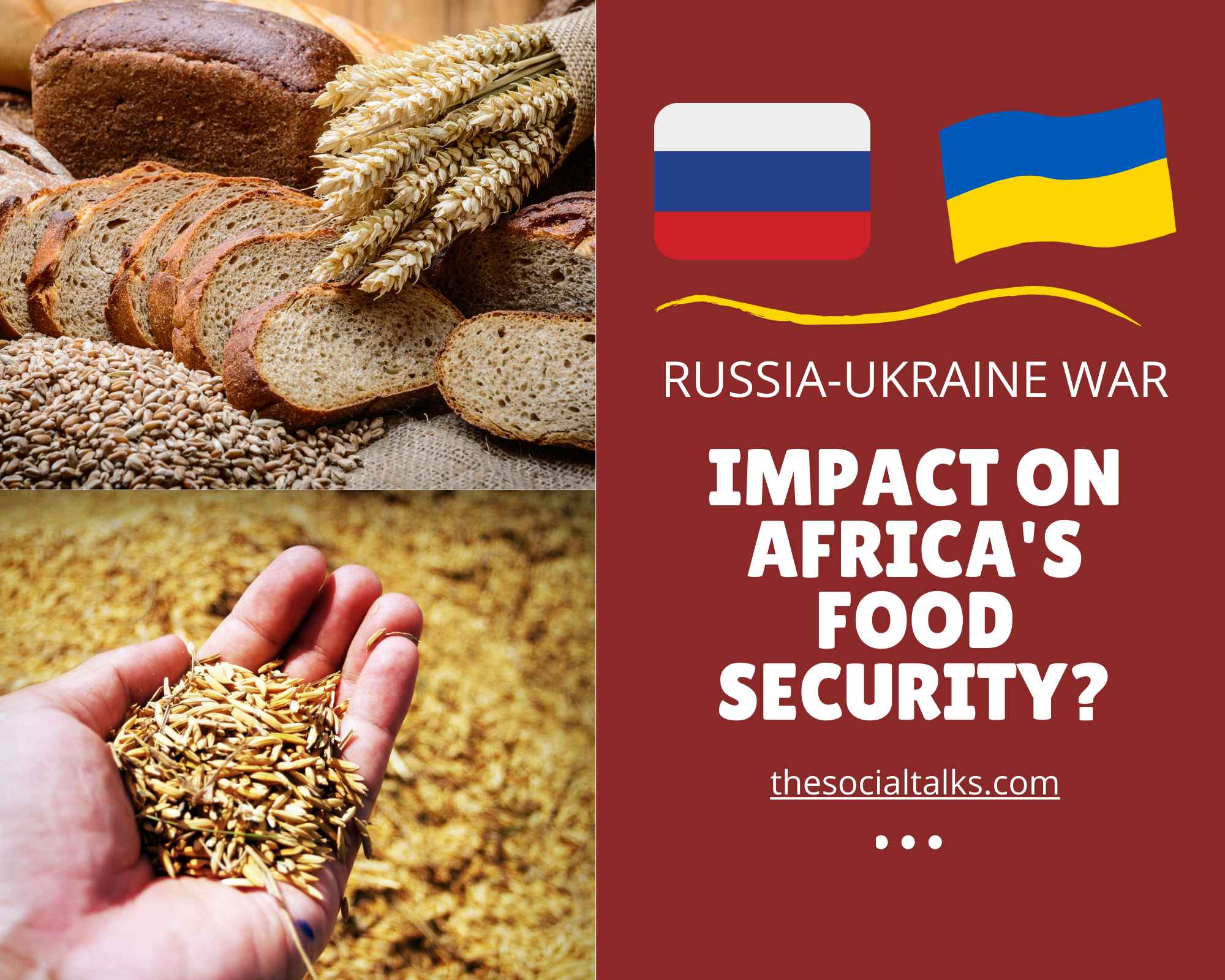 According to the United Nations, close to 13,500 people, both civilians and military personnel, from Russia and Ukraine have died as a result of the war that has been going on for nearly a month. While negotiations between the two countries continue and the pressure by the international community continues to force the two nations to agree to the end of the war, the effects of the Russian declared special military operation in the former Soviet Union country continue to affect the globe both directly and indirectly. Among the key effects is the one on the global food supply, of which both countries are considered to be the breadbaskets. This problem is expected to affect several countries, mainly those in the African continent. Therefore, this article sets out to explain the potential effects of the reduction of wheat exports to these countries and why many of these African countries may need to be worried.

Ukraine and Russia are considered to be the largest exporters of wheat. According to the Observatory & Economic Complexity (OEC) data of 2019, both countries account for nearly a quarter of all exports made during the year 2019 with Russia accounting for $8.14 billion while Ukraine accounting for $3.11 Billion. While Russia remains the largest exporter, both countries account for nearly 12% of the total calories exported to the world.

A crucial factor that has resulted in both countries being successful at wheat production is its relatively large amount of fertile soils that account for nearly a third of the total arable land that is found in Europe. Hence being named the ‘food basket’ of the world. However, as a result of the conflict in the region, Ukraine banned all exports of wheat in a bid to be able to protect its citizens from a food crisis that had shown grave signs of escalating during the period. Russia however maintained its sale of wheat to the globe until recently when it revealed plans to suspend its sale to former Soviet states.

While countries in the West have created methods to adapt to the sanctions it gave to Russia, the African states, on the other hand, are expected to face a potential food crisis as 90% of them heavily depend on imports from these two countries, with Egypt accounting for nearly 85% of all global imports of wheat and Russia and Ukraine being its biggest source of the product.

What effects lie with the wheat shortage? Look at Kenya and Egypt.

The Kenya Association of Manufacturers (KAM) reported that the cost of importing wheat into the country would increase by 33% which would result in the product costing the state nearly 460% more per tonne as compared to earlier. This directly presents a challenge to many of the Kenyan households who directly depend on the wheat flour to make food items such as “Ugali”, a very popular Kenyan meal, mainly known due to its relative affordability as compared to the other readily available forms of starch. While the country has its own reserves of wheat through the local farmers, the farmers at the Cereal Growers Association still emphasize the importance of the import of the cereal product into the country, as the main means of controlling the demand. As the shortage is witnessed, it could further increase food prices locally.

In Egypt, the world’s largest consumer of wheat, the government pushed for the continuous subsidization of bread and oil products that are used in the country. Bread, which is the staple and most political product in the North African country, has nearly 70 million of its population directly depending on it. While the government was able to assure that the harvests done during April would last for another nine months, they banned the exportation of wheat to other states, mainly into Africa to contain a potential wheat crisis in the country. Furthermore, the government went ahead and cancelled the purchases of wheat due to the increased prices and low bids of the products as a result of the escalating war.

While the governments prepare strategies to avert a dire situation, mainly through subsidies, it remains essential they integrate the African economies, especially those who have a relatively higher food surplus. This will not only contain the situation, but it will also enable the development and cooperation of the African economies to enable them to be co-dependent on each other. Through platforms such as the African Union (AU), East Africa Community (EAC) as well as the Common Market for Eastern and Southern Africa (COMESA), policies can be created that will ensure the reduction of tariffs for such agricultural products as well as promote the trade of essential products that are produced by these countries and form a backbone of their economies.

The role of humanitarian groups cannot be ignored either. Through international organizations such as the Food Agricultural Organisation (FAO), mitigations can be created to prevent extreme effects of a food shortage. As much as the war could have the potential of ending no sooner than later, the impacts of the war, if not addressed adequately, could last even longer, hurting millions of people around the world.