THE PSYCHE OF ANIMAL ABUSE 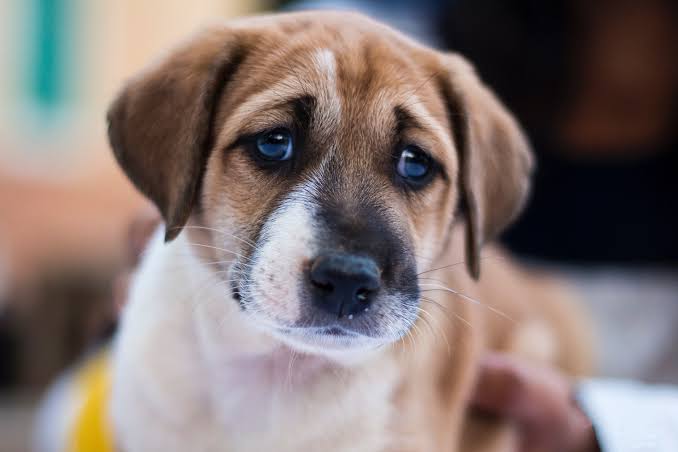 Humans are known to find gruesome ways to let out their frustrations and, abuse against fellow humans and animals has been one of the most brutal practices. One of the most shocking events of the present day has been the recent torture and killing of a dog named Bruno by a couple of juveniles and youths at Adimalthura in Thiruvananthapuram. The news came to the forefront after the victim's family released a video of his painful death on Facebook.

An animal welfare organisation , ‘People for Animals, which has been in support of the dog’s family, mentioned how cruelty against animals in the state of Kerala has been on the rise. Pet animals have been abandoned as stray since the Pandemic began, and their numbers on the streets have increased. It could be due to financial concerns, but beating and abusing a living being cannot be justified. It is a Fundamental Duty of every Indian under Article 51 (G) to protect animals. The article states, "It shall be the duty of every citizen of India to protect and improve the natural environment, including forests, lakes, rivers and wildlife, and to have compassion for living creatures."

The Prevention of Cruelty to Animals Act was passed in 1960 to prevent the suffering of animals. Under this Act, the Animal Board of India was to promulgate the welfare of animals. Despite the legislation, there has been a rise in animal cruelty in India and worldwide.

Surveys by the Humane Society suggest that intentional cruelty against animals is associated with other crimes and violence against other people. 71% of domestic violence victims in the US reported that their abuser also mistreated their pets and, 88% of people investigated for child abuse also hunted animals. One of the wildest examples is Earl Kenneth Shrines, who raped and murdered a seven-year-old boy. He had been roughly familiar as the man who put firecrackers in the rectums of dogs.

As cruelty against animals is rarely reported, actual animal abuse statistics are way higher than what the official data suggests. According to PETA, an animal is abused every minute, and official data from numerous countries combined does not even come close to this.

Laboratory testing uses 115 million animals in experiments every year, with China holding almost 6000 tigers captive for Traditional Medicine. China exports 50% of the fur, where cats and dogs are bled and skinned to death. Moreover, worldwide, dogs comprise 65% of all abused animals and, we can testify to the same by everyday happenings that take place around us. People use animals as targets as they consider them inferior and meek. The human desire to flaunt their dominance and the adrenaline rush that comes with it inappropriately causes harm to stray animals and reduces their longevity.

Denmark justified killing 17 million minks by saying that they had COVID-19 for fur. The reason given by them was that it was to prevent the virus from spreading. However, the ethical question is still a part of animal abuse and the death statistics. Farm animals make up 97% of all abused animals, where cows are mostly raised to produce ten times more milk than normal, which leads to numerous health issues, with milking machines cutting and hurting them regularly. Cows have a lifespan of 20-25 years whereas they can only bear a maximum of five years on farms worldwide.

When we come to the question of animals in India, just five of approximately 2400 recorded crimes against animals are compiled by the Federation of Indian Animal Protection Organisations. Moreover, an essential policy document for the control of crimes in India, the Nation Crimes Record Bureau, makes no mention of animal victims.

According to a report compiled by FIAPO, between 2010 and 2020, a total of 4,93,910 animals were victims of crimes committed by humans. These gruesome and intentional acts of violence lead to the animal’s death or irreparable harm. With 2019 seeing the highest number of cases of crimes against animals, almost 4230 dogs have been killed by mass culling drives across the country in the past five years alone.

Keeping in mind these record high statistics of animal abuse, I managed to have a conversation with a few people who could give me an insight into the psyche that goes behind these crimes. Punya is a resident of Rohtak, who herself has attempted to ensure that dogs in her vicinity do not go hungry for even a single day. When asked whether age should be a factor while punishing people for animal cruelty, she answered that a kid learns animal abuse from their elders. Kids adapt to what they see around them and hence, it is the guardian who should be held accountable.

She believes that it is in the family that juveniles can both learn and unlearn about abuse. While Agnes, from Delhi, was of the view that juvenile justice is a matter of age rather than of a particular crime. In her view, juveniles have a different assessment of similar crimes because the law differentiates between the intentions of an adult and a child. Therefore, a separate category of crime that is, animal abuse, cannot be the only category wherein age plays a role since juvenile justice has to do with every degree of crime and not a part thereof.

When I asked Shivangi, from Lucknow, why humans abuse animals, she mentioned that she was of the view that when a person cannot control anything, they channelize their frustration towards those who are weaker than them. The same is the reason why men who are unsatisfied in professional life often abuse their wives at home because they think that they can exercise their physical power over someone who would not be able to retaliate. Similarly, a person might beat up their pets or stray animals because they might not control a lot of situations and people while believing that an animal is weaker and, hence, susceptible to abuse. Agnes added a term to this definition, calling this type of torture a sadistic pleasure that humans obtain from causing suffering on other people and other species.

Punya offered suggestions on how we might ensure that animal cruelty is reduced in India. She believes that before law enforcement, it is the people who need to understand the value of life. Furthermore, for the sake of urbanization, animal habitats should not be destroyed. To quote her, "For five animal abusers, we might find one animal lover who would like to protect them but is unable to, due to lack of municipal support. In such cases, development in law and administration is necessary."