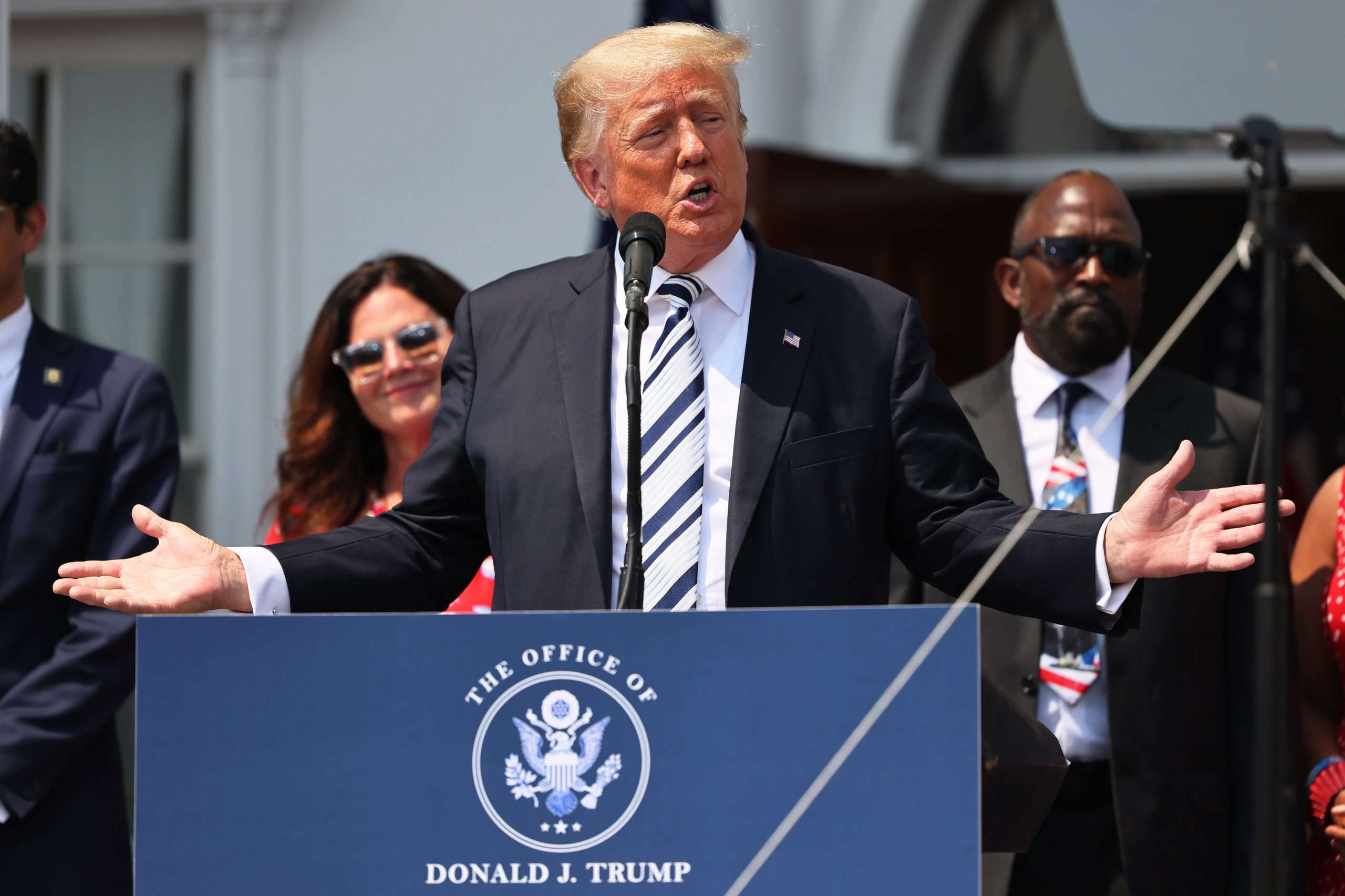 The three tech giants-Facebook, Twitter, and Google's YouTube-had suspended the accounts of Trump and some of his officers on the 6th of January this year after his supporters attacked the Capitol building. Protesting against this, Trump on Wednesday announced that he would lead a lawsuit over alleged censorship against these three tech companies. According to these three companies, the reason behind his adjournment was not only the attack on Capitol but Trump had also continued to spread lies about the 2020 election, claiming that he won. To stop such violations further, the companies did so.

"I stand before you this morning to announce something very important... development for our freedom and freedom of speech, [...] In conjunction with the America First Policy Institute, I'm filing, as the lead class-action representative, a major class-action lawsuit against the big tech giants, including Facebook, Google and Twitter, as well as their CEOs, "Trump said on Wednesday. "There is no better evidence that big tech is out of control than the fact that they banned the sitting president of the United States earlier this year, [...] If they can do it to me, they can do it to anyone, "he added.

"After close review of recent Tweets from the @realDonaldTrump account and the context around them – specifically how they are being received and interpreted on and off Twitter – we have permanently suspended the account due to the risk of further incitement of violence," Twitter wrote in a blog post. Trump said that against such "shameful censorship of the American people", the lawsuit will be lodged in three separate complaints against each of the social media giants in the Southern District of Florida.

Social media are allowed to remove posts that are obscene or violate society, under section 230 of the 1996 Communications Decency Act. But speaking about "freedom of speech", Trump argued that he has been censored wrongfully by the tech companies and also said he will be the lead plaintiff in the class-action lawsuit-speaking from his Bedminster, New Jersey, golf club. Calling his lawsuit "a very beautiful development", Trump and his legal team argued that the tech firms represent 'social actors', so that's why the First Amendment applied to them.

Eric Goldman, a law professor at Santa Clara University in California, said there is a strong possibility that Trump's lawsuits could fail. "They’ve argued everything under the sun, including the First Amendment, and they get nowhere," Goldman said. "Maybe he’s got a trick up his sleeve that will give him a leg up on the dozens of lawsuits before him. I doubt it. " He also said that it is likely that Trump wants to garner attention through his lawsuits. "It was always about sending a message to their base that they’re fighting on their behalf against the evil Silicon Valley tech giants," Goldman added.

Mentioning Section 230 as "unconstitutional", Trump's lawsuit asks the law court to restore the blocked accounts and give them access to these sites. The suit also asks to prevent tech firms from "censorship" Mr Trump in the future. Trump called social media companies "the de facto censorship arm of the U.S. government." On the other hand, Goldman said, "Mark Zuckerberg doesn’t work for the government, Jack Dorsey doesn’t work for the government, [...]".

Matt Schruers, the president of the Computer & Communications Industry Association, by supporting the tech firms, said "Frivolous class action litigation will not change the fact that users — even U.S. Presidents — have to abide by the rules they agreed to,". Contrastingly, along with the National Republican Congressional Committee and the National Republican Senatorial Committee, Mr Trump’s political action committee sent its solicitation after the event ended, mentioning "Donate NOW,". The former president announced a nonprofit organization, America First Policy Institute (AFPI), run by veterans of his administration, including AFPI President and CEO Brooke Rollins.

"I will say that as it relates to the cases, it's absolutely a decision for the platforms to make," Jennifer Rene Psaki, the current White House press secretary, stated in response to the previous president's lawsuits against Facebook, Twitter, and Google. Censorship by the government or any other authority, I believe, is "unconstitutional" since it violates the First Amendment. But on the other hand, if anyone incites violations through their comments or social media posts (nowadays), the higher authority of that particular area has its right to suspend the person or that account.

When the big tech giants take over, AI is in one place, and we have censorship issues. The article has covered so much, keeping it lucid.