Unemployed Indians: What will be the Future? 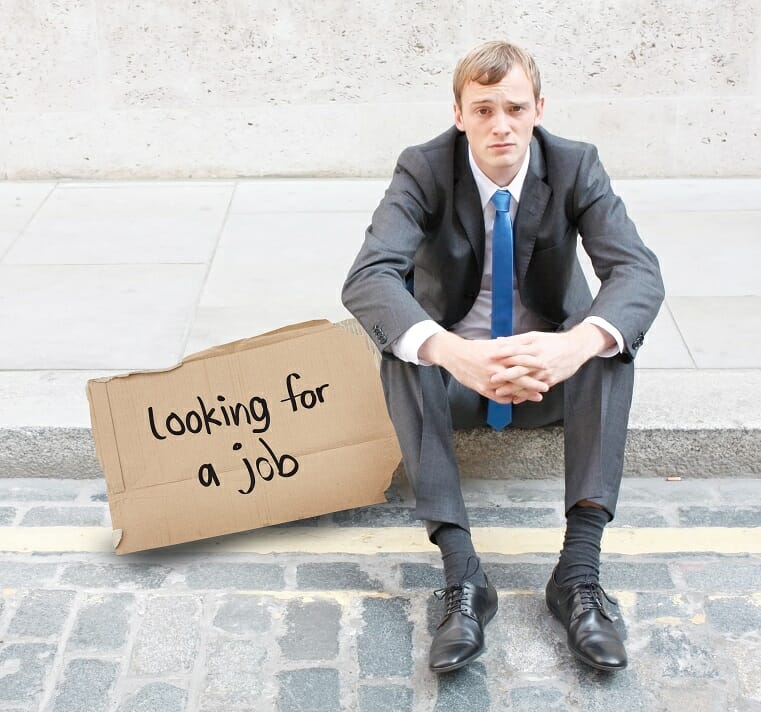 Employable individuals who are actively searching for job opportunities but unable to find any - many such cases are increasing day by day. The number of unemployed people divided by the number of people who are in the workforce and multiplied by 100, is considered to be the measurement of the unemployment rate. Unemployment rate = (Unemployed Workers / Total labour force) × 100. Unemployment now becomes an argumentative issue across the world. Both developed and developing countries are now facing complications regarding unemployment. India is not an exception, the situation is getting even worse here in India.

The industrial revolution is one of the most important factors responsible for unemployment. Introducing advanced machines which can do the work of many, snatches job opportunities. This industrialization also causes the downfall of the cottage and small industries converting many people, associated with such businesses, to unemployed. A time when silks produced by the Indian village weavers had a noteworthy reputation all over the world, which has now sunk like the sunset. This has led to extreme poverty especially in the rural areas by decreasing work facilities.

Another factor causing unemployment can be a massive population explosion. The rapid increase of population has worsened the situation. It is the reason why the problem of unemployment has been getting more and more acute every year. The widening gap between birth and death rates, child marriages, high illiteracy etc. - are the main causes behind such population explosion which results in joblessness in India. Besides these, backward agriculture, defective education system, exploitation of resources are also responsible for not getting job opportunities.

Indians have witnessed a sudden increase in unemployment in this prevailing Covid situation where more than one crore people have already lost their jobs and faced an extreme financial crisis. The second wave of the Covid pandemic added fuel for these layoffs. A few months back "#modi_rojgar_do" was trending on Twitter, asking Prime Minister Narendra Modi to provide more jobs. Other hashtags referring to casteism and reservation for jobs, which causes massive unemployment, are also gaining popularity. India's joblessness affects GDP (Gross Domestic Product). According to Okun's law - a percentage increase in unemployment causes a 2% fall in GDP.

Report says, Nation has once again faced a double-digit unemployment rate last month. The loss of 10 million jobs worsened the Indian economy, said the Center for Monitoring Indian Economy (CMIE). "Urban unemployment entered the double-digit zone on May 6 when its 30-day moving average rate was 10.2 percent. It touched 12 percent and as of May 23 it was 12.7 percent", said Mahesh Vyas, CEO of CMIE. Rural areas are also facing a rise in unemployment, even more than the Urban. According to CMIE's unemployment rate in India, Delhi (45.6%) stands highest in joblessness where Assam (0.1%) stands lowest.

According to some reports, the youth and low-skilled workers are facing the actual heat of unemployment. The International Monetary Fund (IMF) in its World Economic Outlook report mentioned: "the impact of Covid-19 has been highly unequal across groups of workers [...] with larger rises in unemployment rates and declines in labour force participation". Compared to men, women are seeing a higher rise in joblessness in this prevailing situation. "In the near term, the consequences for these more vulnerable demographic groups are potentially dire, as they face earning losses and difficult searching for job opportunities after unemployment spells [...]" said World Economic Outlook.

Going by the data of the Centre for Monitoring Indian Economy (CMIE), the second wave has an awful impact on the Indian economy and unemployment rate. Citizens are seeing higher joblessness in the country. The monthly unemployment rate of India rose from 6.62% in January 2021 to 7.97% in April - reports CMIE. It also cautioned the rise in unemployment to 14.7% at the end of May. According to the Periodic Labour Force Survey (PLFS), India's unemployment rate was much lower in the pre-Covid era, and has now risen to a much higher level.

The percentage of "skilled workers" in India is less. One out of five Indians in the workforce is "skilled" and India's rank is 129th among 162 countries, according to the Human Development Report (HDR). In this list, Japan tops where 99.9% of citizens are classified as skilled. On the other hand, the US, and other European countries have 96% of their workforce as skilled. Report says, India is facing joblessness and deficiency in "skilled" workers due to their lack of awareness, low literacy rate and faulty education system.

This joblessness dragged many Indians down the poverty level. Rural areas witness 15% poverty whereas the urban percentage is a little bit higher than the rural. Here also women are facing more joblessness than men. According to some reports, within 2020-2021, 20-30% of people associated with households lost their jobs entirely. Last year Indians observed massive migration nationally and internationally too. Many workers have been laid off from their workplaces. Globally the unemployment rate was 4.8% in 1991 and now it has increased sharply to 6.47% in 2020-21.

A recent study shows India's GDP growth needs to be 8 to 9% annually to create 9 crore jobs in the next 10 years. Unemployment is not a recent issue. Intense focus needs to curb this long-standing problem. The evil effect of unemployment is not confined to the economic field only. It destroys the sense of moral values which leads to unwanted, sometimes antisocial works from a feeling of despair and depression. Such an infected society can never prosper; this is why the government looks upon the removal of unemployment as one of its primary duties.

Various schemes, as well as developmental projects, have already been taken by the Government to curb the menace. These are also aiding industries in the private sectors and encouraging cottage and small-scale industries. This helps in increasing more job opportunities especially in the rural areas. The government is also trying to make people aware of family planning and also focusing on the betterment of the education system. Government of India is now optimistic regarding the disappearance of joblessness with the growth of GDP in upcoming years.