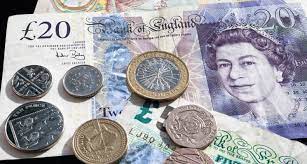 With over 67 million inhabitants and a GDP of almost $3 trillion, The United Kingdom has the sixth-largest economy in the world. The following is a description and analysis of the United Kingdom’s economic indicators.

As of the end of 2020, the Gross Domestic Product of the United Kingdom is $2.76 trillion. According to the Worldbank, manufacturing, services, construction, and tourism are the main sectors that contribute the most to the GDP of the United Kingdom. Services are the largest component of that economy by far, making up about 81% of the output in 2020. Two years later, in February 2022, the services industry grew by 2.1% while the manufacturing sector decreased by 0.7%. The main factor in the growth of the service industry was tourism-related, as there were increases in travel agency use and in the hospitality industry. Construction, the third largest contributor to the economy, is up by 1.1% in February 2022 compared to February 2020.

As of 2020, the account deficit of the UK increased to 21.1 billion pounds. This trend did not last long, as the UK is increasingly recovering from the global pandemic. The most recent data collection of the UK’s account deficit states that the current account deficit has narrowed to 11.4 billion pounds. As of May 3, 2022, the exchange rate of the British Pound is 1 Pound to 1.23 U.S. dollars. The inflation rate in the United Kingdom as of March 2022 is 6.2%, which is 0.7% higher than the 5.5% rate in February. Data done by the Commons Library shows that the UK economy is expected to recover and return to the targeted, pre-COVID level of inflation by the end of 2023, which is about 2%. The unemployment rate in the UK was about 3.8% before the COVID-19 pandemic, and in 2021 it was 4.5. From the end of 2021 to the beginning of 2022, unemployment began to trend downward but employment stayed relatively the same. It is expected to fall even further towards the end of 2022. This summary of the U.K.’s indicators show a relatively normal economic reaction to a global pandemic; however, as we will see, the United Kingdom has its own unique economic issues.

Before the pandemic, the financial services industry contributed to about 7% of the United Kingdom’s economic output, or about $132 billion. Now, there are major changes occurring to the banking sector due to shifting economic forces. Banks in the U.K. are beginning to shift away from a reactive model to economic shifts and move towards a more forward-thinking process through anticipating future customer requirements. A market overview done by Mordor Intelligence states, “Banks are designing products that respond to the customer’s financial condition and are giving them the tools to manage their personal finances…”. This refinement of the banking organizational structure will be beneficial for the United Kingdom’s economic efficiency. There have also been significant changes to the capital markets of the United Kingdom. In 2020, the UK Listings Review released proposals to increase the competitiveness of the U.K. economically. Some recent proposals that have been set as a focus in the U.K. are expanding investment into renewable energy as climate change awareness increases, and investing into government-backed cryptocurrencies.

The labor market in the United Kingdom, while still strong relative to the rest of the world, has been struggling after the pandemic. Labor productivity in the UK has increased by 1.2% in December 2021 compared to during the height of the global pandemic. According to the Uk Economic Snapshot by the OECD, economic output per worker also increased, this time by 1.4%. Median weekly pay for full time workers in the UK is 611 pounds, which is an increase of 4.3% since April of 2020. The employment rate as of December of 2021 in the UK is about 75.5% for people between ages 16 and 64. This rate has been largely unchanged for the last several months, but the unemployment rate has decreased at the same time.

In terms of monetary policy, the central bank of the UK uses two main monetary policy tools, as said in a statement made by the Bank of England: “First, we set the interest rate that we charge banks to borrow money from us. This is what’s called the Bank Rate. Second, we can buy bonds to lower the interest rates on savings and loans through quantitative easing.” Quantitative easing is the purchasing of bonds in order to lower interest rates. This controls the inflation rate and keeps it stable. There are also currently four main fiscal rules in the UK. The first is that the current budget should be in surplus in the third year of the forecast period. Second, debt should be on course to fall as a share of national income in three years’ time. Third, the public sector net investment should be below 3% of GDP on average over the forecast period. Lastly, some types of welfare spending must remain below a pre-specified cap. All of these policies are in place for the main purposes of boosting economic output and lowering housing costs in the United Kingdom. As for their current success rate, that is indeterminate due to the intervention by the pandemic.

There are many economic challenges that the U.K. faces in the future, but first it is important to note how much their outlook changed from before to after the pandemic. Before the pandemic, The U.K. had the main challenges of facing low economic efficiency and poor productivity. Also, the state of the housing market was very expensive, and high rents were contributing to inequality and inequity. Cost-push inflation was also playing a large part in the fall of disposable income. Lastly, poverty rates were higher than most economists would have liked. Now, after the pandemic, these issues are even more prevalent, and even more challenges were added on top of them. Priorities changed as well for U.K. economists and policymakers. After the pandemic, the effects from the recession were unprecedented for modern times. The steep decline of the GDP and the sharp rise of inflation has exemplified the previous listed issues. The rising inflation will hurt the housing market even further, and the low GDP will make economic growth even less efficient than it should be. Now, instead of economists and policymakers focusing on strategies to boost economic growth and fix the housing crisis, they must focus on more short-term solutions to help citizens recover from the pandemic recession.