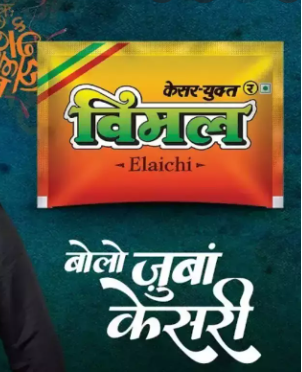 According to WHO, India is tobacco’s second largest consumer and producer.  It is the leading cause of death in India after road accidents, resulting in deaths in lakhs.  Since 1995, there has been a blanket ban on tobacco based advertisements. The responsible laws being The Cable Television Network Act,1995 and The Cigarettes and other Tobacco Products Act,2003; still in vain.

A product whose advertisement is banned but still is promoted through advertisement of any other product is called Surrogate advertisement.  Imperial Blue sell music CDs but their main product is whiskey and they are world’s 4th largest music seller. Vimal Elaichi sell ghutka(tobacoo) in name of pan masala. Some examples of the same are Kingfisher’s Airline, Royal Challenger’s IPL team, Imperial Blue’s music CDs and Vimal Elaichi’s  Zubaan Kesari among others.

Tobacco is not only a big industry in our country but also one of the biggest source of revenue for government through taxes. It isn’t illegal to do a pan masala advertisement so no one can  be stopped from consuming it. Although every pan masala packet have warnings on them claiming tobacco is injurious to health, still people consume it ignoring their health. Sellers claim that moderating consumption and not getting addicted is responsibilty of consumer, not the manufacturer.

Talking about actors, staring in and promoting ghutkas, are paid fees to star in advertisements and contract protecting interests of both parties. I am highly disappointed in celebrities who keep on promoting things  for sake of money without taking into consideration their harmful effects.

Youth tend to follow actors. They unknowingly have a huge impact on young people. Seeing actors promoting  ghutkas, teenagers follow the trend,resulting in addiction. As a result, teenagers get trapped, depressed and hopeless.

Moral obligation is a personal choice. Akshay Kumar stepped down as an ambassador for pan masala brand after facing repeated backlash from his fans. He decided to contribute the entire endorsement fee towards a worthy cause and promised to be careful in making future choices.