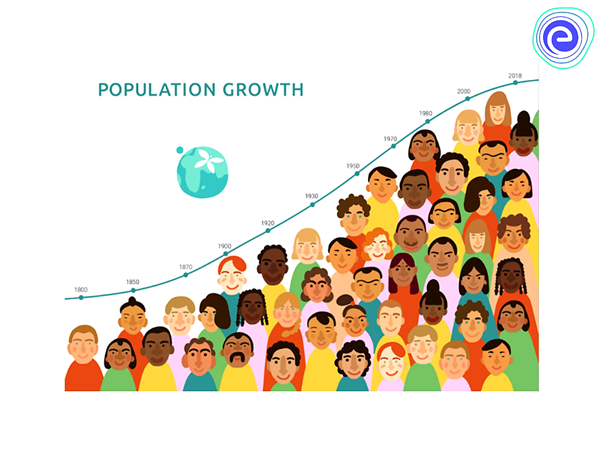 “The world’s population is projected to reach 8 billion on 15 November 2022”, announced the UN in its recently published research, World Population Prospects. The organisation clarified that the world’s population will continue to grow until the 2080s, when it will hit its peak: at 10.4 billion. Predictably, following that, the world's demography will stagnate and later begin to decline.

Undisturbed population growth is a result of the combination of various factors. Based on UN data, the growth is partly due to low mortality rates and longer life expectancy, which is 72.8 years on average.  Despite a significantly lower global fertility rate than in 1950, it is still high enough to keep the population increasing. When the fertility rate declines, the population density also stops augmenting, as has happened in many developed states already.

This motion of the populace is a strangely two-folded issue. Population growth is varying in rate in different countries. More than fifty percent of the predicted rise in demographic figures up to 2050 will be experienced in just eight countries: Democratic Republic of the Congo, Egypt, Ethiopia, India, Nigeria, Pakistan, the Philippines, and Tanzania, according to the UN. There are great concerns as population growth is most present in periphery countries, whereas developed states hit a plateau or undergo a drop in numbers. To an extent, migration flows ease this unsettling matter.

As described in the UN report, “migration will be the sole driver of population growth in high-income countries”. Consequently, first-world nations rejecting the acceptance of newcomers can face the burden of an ageing population, resulting in a shrinking working class and higher taxation. For them, maintaining a stable society - where the young and the elderly can depend on the actives - will be problematic.

Population growth is held as the root of global issues today. It further deepens the complexity of pressing problems world-wide as the diagram by Gerhard K. Heilig demonstrates. From the lack of resources to the intensifying conflicts, denser demographic figures fuel the collapse of the present international system. For instance, as demographic numbers rapidly grow, supply of resources - including critical ones to sustain life: food and water - significantly drop, which results in a greater fight over prosperity to secure the safety of a given nation. The benchmark for the Earth to reproduce the used natural resources is passed every year earlier and earlier - marked by the “Dooms-day” of every country. Consequently, environmental degradation is contributing to the accumulation of global challenges. 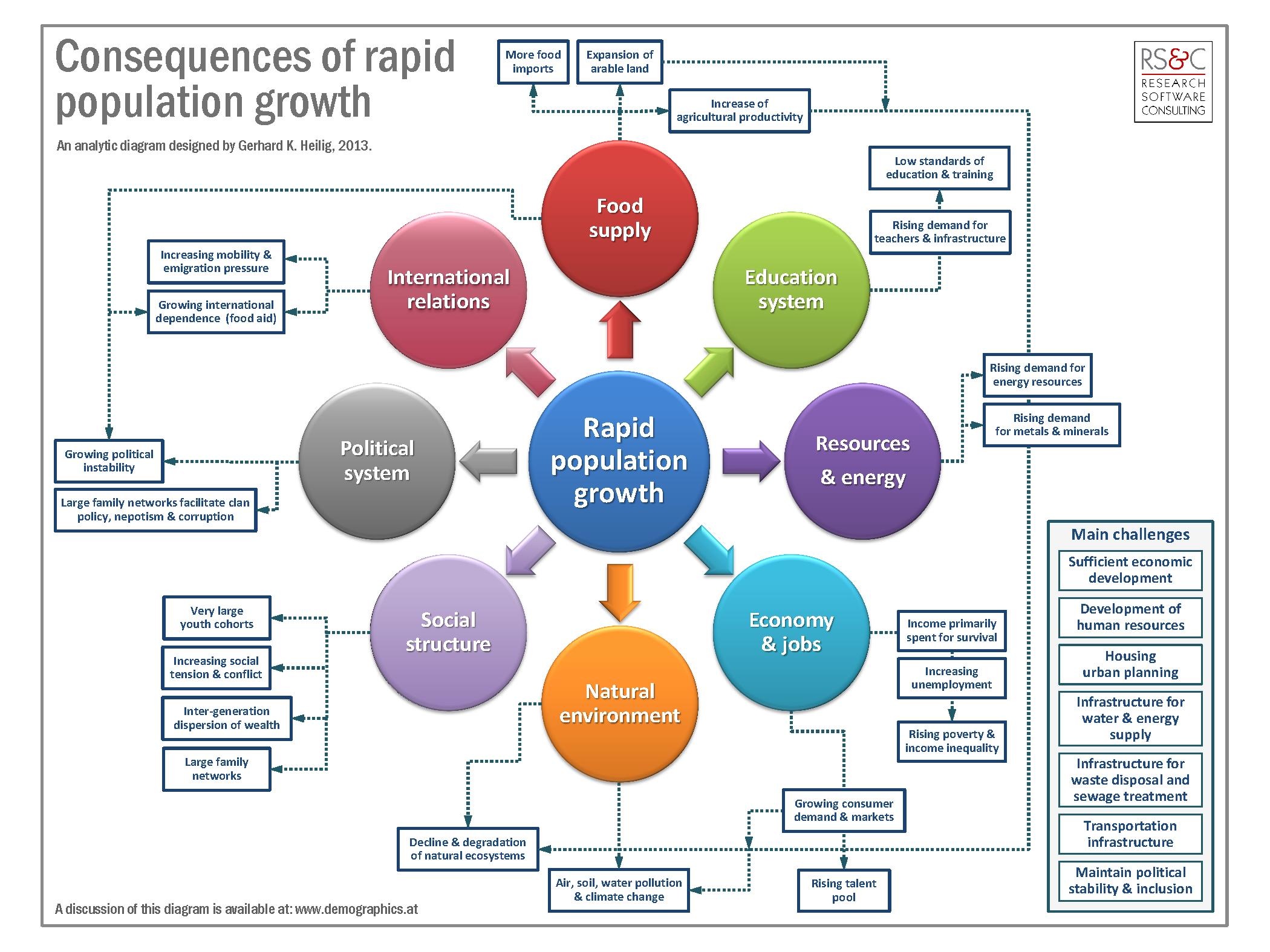 Charles C. Mann, in his work How many is too many?, refers to the multiplicity created by overpopulation as “juggling”. He warns that as a result of the aggregation of masses in the world, too many problems must be solved simultaneously. With the world juggling he illustrates the sophisticated difficulty of managing the present-day world. As worrisome as it sounds, it is becoming more and more the contemporary reality. Since there is a compelling global interconnection happening, even if one territory is not directly affected by demographic changes, it is still vulnerable to its collateral damage.

Detecting demographic changes caters with vital information for sustainable development planning. Clare Valerie Bell and Arthur Louis Odom explain that population growth is a concern as its expansion outpaces agricultural growth, therefore enhancing famine around the world. Furthermore, ecologist Mr. Pimentel emphasises that the population exceeds the carrying capacity of the Earth if the American standard of living is taken as a general lifestyle of living “insuring good health, nutrition, prosperity, personal dignity, and freedom”. Unfortunately, the average way of living does not align with the mentioned model as wealth distribution is inadequate. In the future, economic inequality will be an increasing tendency towards a darker future.

On the other hand, some scholars still paint a bright future to come as the upcoming generation emerges with new ideas. There is a possibility that humanity will adapt to population growth by utilising cutting-edge technologies. With the increase of the number of souls in the world, there is a wider societal group to tackle issues separately, each at a time. Various platforms - such as TED Talks - are popularising potential solutions and encouraging audiences to act out. Moreover, to finance the innovations, IGOs, INGOs, and other societal organisations launch funding opportunities in the form of calls for competitions. Every individual counts in taking action, just as they do in population growth.