What Justice will Anannyah be served? 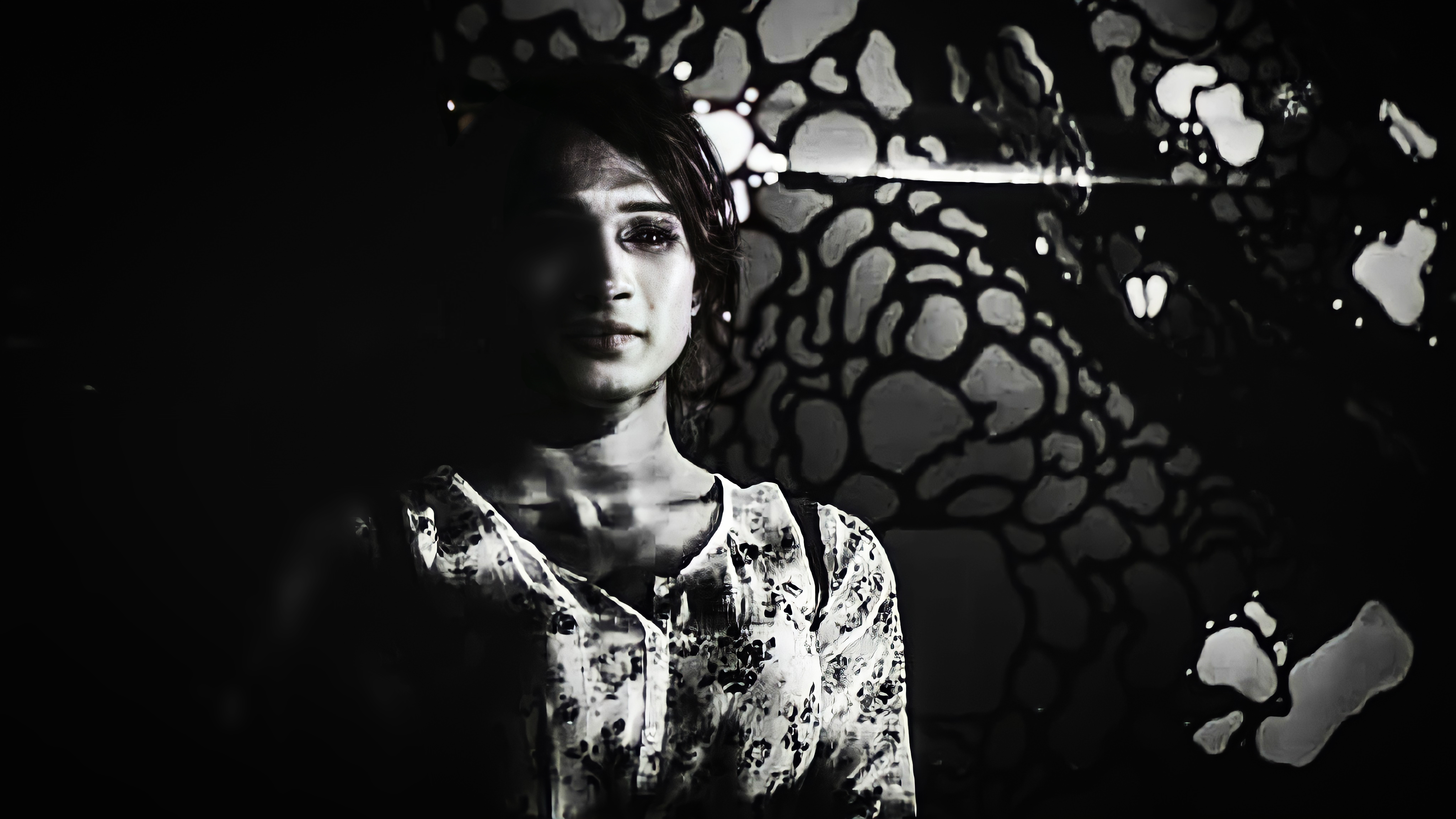 “There was a time I thought I was going to die, such was my condition. Till then it never crossed my mind that they would use a trial-and-error method… But if they were not sure they could do it properly, why did they do the surgery in the first instance? How will I know about their competence? Are they playing with lives?” These words do resonate with those spoken by Anannyah Kumari Alex, days before her suicide but are actually years older. In 2017, a case was charged on the Thiruvananthapuram Government Medical College Hospital by a victim who goes by the name Sagar aka Subadhra, at the Kerala State Human Rights Commission and the state health ministry at the time headed by K.K. Shailaja, regarding the medical negligence of a sex reassignment surgery (SRS), that cost him years of unending agony.

In 2010, Sagar had sold off his property when he decided to finally get his sex reassignment surgery done. The Thiruvananthapuram Medical College Hospital offers the surgery free of cost, but this money was necessary for him to pay the accommodation and medical bills. But this was a time where such procedures were only allowed under the government’s official permission to undergo such a procedure after approving the gender identity disorder. Sagar started his transformation in 2013 with his chest reduction and nipple grafting procedures that came after the hormonal and psychological treatments. Assigned female by birth, the next procedures included removal of the uterus, known as Hysterectomy, and removal of the vagina, known as Vaginectomy. The final state of SRS for Sagar on his transition from female to male came with creating his penis, for which the surgical procedure of Phalloplasty was also done.

Sagar succumbed to many of these complex surgeries over and over as the doctors had failed many times. Seven years had passed amidst all these operations and on January 21, 2017, Sagar was shattered by the sight of his new penis, a muscular tube stitched up high on his right leg. He could neither stand up nor wear a pair of trousers.

The hospital had discharged him on January 25th, 2017, and announced the state’s first gender reassignment surgery a huge success.

This is how the Deccan Chronicle had reported on the day:

On July 20th, 2021, transgender activist and celebrity Anannyah Kumari Alex (28), was found dead in her home in Edapally, Kochi. Born into a middle-class family, in the Kollam district of Kerala, Anannyah had to face tremendous obstacles since her childhood. In fact, Anannyah’s was a struggle that touched all dark matters in society. From sexual abuses and mental tortures she received from her mother to the stories on how her brother had paid off goons to assault her, Anannyah had lost the idea of the family from a very small age. Running off to Bangalore, Chennai, and many other places she tried to find comfort in life. Sexually abused even by the false prophets of god, she resorted to cleaning toilets and panhandle for her survival. Perhaps if Annanyah had ever written an autobiography it would have pictured the putrid side of human animosity that turns women, children, transgendered, and the elderly into tools for various activities. She had been manipulated many times. And she was even forced into prostitution even in jail. But these were not for her ambitious motives but to survive the day. Her basic needs to be accepted within the society, and the family which she was born into, has made her one of those people her acquaintances are proud to mention. This is the respect that she was awarded when the priest had commenced the last rites in her adopted identity and allowed her to wear the bridal grooming that her friends had done for her. After a lifetime of mediocre jobs, she rose to the position of an RJ in 2016 for the station Radio Mango, thus becoming the first trans-lady to achieve it. She had by then become a prominent face in transgender struggles and seminars. She had decided to complete her dream of being physically complete with a sex reassignment surgery and had dreamed of real goals to achieve from her relationship with Jiju Girija Raj (who was later found dead by suicide). Anannyah did also become the first trans-lady to be nominated as a candidate for the Kerala Assembly Elections when she ran for the Vengara constituency of the Malappuram district in 2021. But she withdrew her nomination a day prior to elections appealing to the people to not vote for the Democratic Social Justice Party (DSJP) which she had represented, claiming that they had used her only as an icon for their advantage and that she was being threatened and harassed by her own party leaders.

Anannya underwent the SRS surgery from Renai Medicity, Kochi under the hands of Dr. Arjun Ashokan a surgeon who claims to have completed 360 plus surgeries, accompanied by Dr. Madhu, Dr. Arun Kumar, and Dr. Joshy in various other roles. After a complex procedure was done, she wasn’t sure of the duration it would take to reach the destination she started for. When her health persisted to worsen she had informed the hospital authority about her state and they did comply with their faults and promised her procedures again. After being neglected and her expectations of medical safety shattered Anannyah was left with no option but to raise a complaint. Unable to breathe easily, unable to stand for a small amount of time, unable to go without sanitary napkins, Anannyah’s state had worsened. Just like how Sagar was left with a penis oozing pus and the medical authorities clearly failed in all attempts to right the wrong, Anannyah was left with another medical abomination. She had come to public spaces and raised complaints about the experience many times before her suicide. It is only of negligible importance as to the whole drama that has happened afterward, considering this issue getting government attention only when she killed herself.

“It was a multi-staged process that we had planned using the anterolateral thigh flap, which in layman’s terms means taking a piece of your tissue from the thigh and converting it for use in another part of the body,” said Dr. Arun Kumar. “In Sagar’s case, it was used as the phallus. Now, this is an internationally accepted procedure. Problem is that Sagar did not come back for the entire procedure. He went back home, got some infection, and concluded that all we did was wrong,” which is similar to the explanation given by Renai Medicity authority to refute the case of Anannyah. K.K Shailaja who was the then minister of Health Affairs in Kerala at the time Sagar had confronted his experience have been replaced by Veena George. But the government is the same. Do our problems only have a shelf-life of a government term? Will a repeated government be able to hold on to its unfinished matters even if the faces change?

“I don’t want to point fingers at any individual for what I went through,” says Sagar, who got himself back to life with the help of superior medical attention from a Mumbai-based hospital. “But this should not happen to another person. If a hospital is not fully equipped for such surgeries they should refrain from it and only experts should do this.”

Sagar and the late Anannyah did not end up in their chairs because of gods’ wrath as some in the 96.7% literate population of Kerala might think. Considering the explicit nature of genito-urinary procedures and the social construct where talks about one’s private parts are both an awkward discussion that you don’t want to have and at the same time a taboo topic that needs to be spoken up, makes it difficult for not just anyone gender. In 2019, the suicide rate of Kerala had gone up 3.9% from that of the previous years with a total of 8,556 reported cases. In this, the Kollam(41.2%) district of Kerala has been a center for the country’s highest suicide rates for a consistently long time. In 2019, Kollam was reported with 457 suicides, Thrissur with 405, Thiruvananthapuram with 331, Kozhikode with 258, and Kochi with 222. According to the National Crime Records Bureau (NCRB) records of 2019, family problems were the most common cause, accounting for 3,655 cases. Among other causes, 974 were for mental illness, 974 for other illnesses, 792 for drug and alcohol addictions, 259 for bankruptcy and indebtedness, 230 for failed love affairs, and 81 for unemployment. In this, 32.4% were family problems other than marriage-related problems, 5.5% were marriage-related problems. 12.6% of these were illiterate, 16.3% received education up to primary level, 19.6% up to middle class, 23.3% up to matric level and 3.7% were graduates and above.

Nowhere in these statistics have there been the understanding of suicide from depression due to dissatisfaction in sexual identity. The number of adults turned children who realize their sexual life and in turn, the so-called “purpose of life” as considered by the catholic teachings of society, to be poor, is in fact a dangerous set of possible suicides that lurk amongst us like sleeper cells. And considering the existing social acceptance that would be given to a non-binary child, it is alarming to realize that the requirement for an SRS to go haywire is of no necessity for one’s suicide. 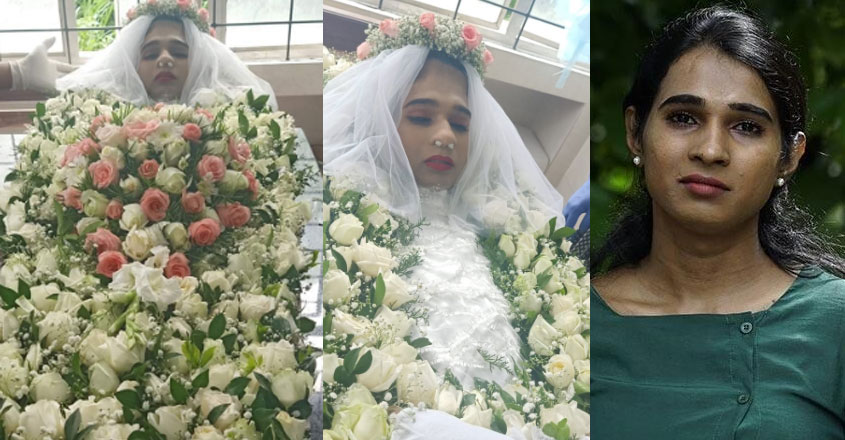 Justice for Anannyah would be a far-off dream considering the rate at which medical care has developed for the trans-population. The idea that these procedures to be complicated throughout the world and costly is not good enough as a reason to hang their rights to self-identification. The true justice to Anannyah would be in fact like all other of her ventures as a forerunner, the availability of safe and guaranteed, free or minimal costing procedures for the trans population, apart from the judicial proceedings that would simply calm down the eruptions in society and media for now.