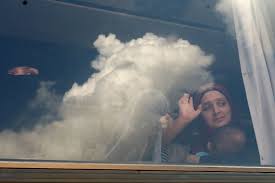 Mikati threatened to end the refugees’ extended stay in the neighbouring country under the pretext that international actors are not willing anymore to back the Lebanese government in its endeavour to host the Syrians who escaped war years ago.

In a speech to mark Lebanon's 2022-2023 Crisis Response Plan (sponsored by the United Nations), the Lebanese PM said that“eleven years after the start of the Syrian crisis, Lebanon no longer has the capacity to bear this burden, especially under the current circumstances.”

The Middle East Monitor reported earlier that Mikati emphasised the dreadful economic situation in his country, explaining that “Lebanon is experiencing one of the hardest economic, financial, social and political crises in the world and, as a result, around 85 percent of the Lebanese people are living under the poverty line.”

The Lebanese government which took the decision a decade ago to host roughly 1.5 million Syrian asylum seekers apparently had enough. The decision-makers in Beirut are currently inclined toward expelling and even coercing their guests to leave in the absence of serious efforts from the international community to financially ease the suffering of the refugees.

As Lebanon undergoes a ravaging economic impasse, the Syrians who chose to evade war atrocities in 2011 are doomed to suffer the effects of the crisis too. Thus, about 90 percent out of one million refugees live in extreme poverty, according to the United Nations estimates.

Reports confirmed that the Syrians who settled in Lebanon are going into debt to buy food and secure basic living expenses at a time when the hosting country witnesses a historic economic recession that pushed it over the brink of famine.

Prices have rocketed in Lebanese markets due to insanely growing inflation rates. Consequently, the majority of Syrian refugees in Lebanon live in a catastrophic situation, says the United Nations High Commissioner for Refugees (UNHCR).

Securing food has become a haunting responsibility for the average Syrian refugee who is trapped in a country that pays little to no attention to the asylum seekers’ urgent needs.

According to Refugee Protection Watch (RPW), half of the Syrian refugee children in Lebanon do not attend school because there is no room to receive them in classes, at a time when their parents fail to afford private education, and have no other option.

The Covid-19 pandemic also carried devastating effects on global economies which had multiple effects on the international community’s capability and willingness to pump funds to help the refugees. As of April 2022, the UN’s refugee agency in Lebanon has only been able to secure 13 percent of its $534m budget of the year.

According to the Middle East Monitor, 70 percent of Syrian asylum seekers in Lebanon were denied any humanitarian aid since the beginning of 2021. The diminishing relief assistance has complicated the situation as voices in Lebanon have been urging the refugees to leave.

No interest in giving the refugees a safe home anymore?

The Lebanese government's interest in securing a decent life or even a home for the Syrian refugees has been declining recently, as the asylum seekers come at the bottom of the officials’ priorities amid ongoing economic and social collapse.

On the other hand, humanitarian organizations confirmed the presence of discriminatory conduct inflicted on the Syrians as the authorities grow more impatient about the burden of their presence in a country that announced bankruptcy.

Accordingly, there has been a growing endeavour in hosting countries like Lebanon and Denmark to encourage (and even force) the Syrian refugees to head back home under the pretext that many parts of Syria have become safe to go back to.

How did a country recognized for its beauty and culture fall so far from grace in the eyes of the world? How did Syria get to this point?

Italy Stops Refugees Disembarking in the Port of Catania