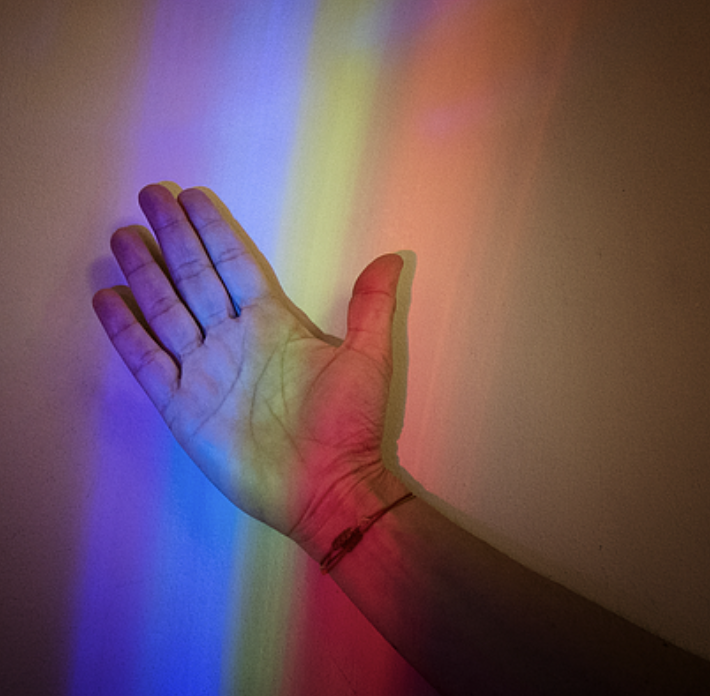 Following Heartstopper’s success with Netflix and the reception that it garnered, especially with the MOGAI community (Marginalised Orientations Genders And Identities) for its realism and relatability, The recent wrap of the filming for Amazon Prime’s Red, White and Royal Blue, from the book of the same title, by Casey McWhiston, looks promising.

According to an article on Fansided, an online site for finding out if adaptations and such will be on your favourite streaming sites, Crystal George writes that ‘Berlanti Productions have produced it… in April 2019, Amazon Studios won an auction for the film rights.’

With this statement, George finishes with unfortunate news regarding what might be another great look at representation for minorities and MOGAI of some of the cast.

From the IMDB page, The details are still scarce, but the representation according to the article above in Attitude magazine and what is, for now, the small cast.

‘Amazon has yet to announce a release date for the film. However, we’re probably looking at a release sometime in early 2023.’

Attitude magazine previously predicted the MOGAI+ community’s positive reception of the ongoing series Heartstopper, based on the graphic novels by Alice Osman, with its current eighteen articles on the show and success for the young cast.

In particular, it helped Yasmin Finney, a new up-and-coming Black-British actress who auditioned for the part this year, who had previously been in Doctor Who in 2005.

Perhaps the popularity comes from hiring more relevant, age-appropriate young people with experiences to help the genuine authenticity of the characters they represent with Yasmin Finney. She plays Ellie Argent in Heartstopper, a young trans woman, just like her character.

‘Reflecting on the uplifting portrayal of LGBTQ+ characters in Heartstopper, Finney shared how she fiercely desired young Black transgender representation in her youth: “You do not understand: the amount of time I’ve spent searching for representation, clawing for it, and trying to find somebody I could look up to as an idol, somebody that is a reflection of me.’ She told Emily Maskell for Attitude.

In general, MOGAI films have been varying in popularity, historically starting with actors that were usually a great deal older than the characters, which sometimes misrepresented audiences.

For example, Eddie Redmayne’s portrayal of Lili Elbe, a pioneering Dutch painter and transgender woman, in the film The Danish Girl in 2015 is based loosely on the lives of Lili and her lover, another painter, Gerda Wegener.

‘Finney explains in her opinion, ‘He gave such a great performance. I don’t have a problem with that,” (She) caveated before continuing. “What I have a problem with is when people search up the cast for The Danish Girl, and they see Eddie Redmayne isn’t trans, and it was all a lie.’

“Sadly, it creates this image for trans people that we aren’t actually what we say we are.”

This deception to the watching audience is dangerous to the MOGAI community, with people possibly thinking that people are their authentic selves for their well-being; sometimes, in situations and places where it is already a physical or emotional risk to them, they are faking or pretending, perhaps for attention, as actors have done in films.

Misconceptions like this in real life, taken from the big screen, have proven fatal and traumatic, particularly with conversion therapy’s promising to people that they can ‘fix or correct’ the gender or sexuality of a person as if they weren’t genuinely gay or transgender.

According to Human Rights.Org,‘(Promoting) the concept that an individual can change their sexual orientation or gender identity, either through prayer or other religious efforts or through so-called "reparative" or "conversion" therapy. ‘-research on such efforts has disproven their efficacy, and also has indicated that they are affirmatively harmful. Beyond studies focused solely on reparative therapy, broader research clearly demonstrates the significant harm that societal prejudice… (Has) on lesbian, gay, bisexual, transgender and queer (LGBTQ) people, particularly youth.’

Despite the damage, accessible television and films can have on the MOGAI+ community, in recent years, films such as Call Me by Your Name made in 2017 opened the way for more realistic and authentic stories, whether real-life experiences or fictional ones stories.

Controversially, Call Me by Your Name may not be the best example, given its socially taboo topic of a young seventeen-year-old boy falling for an older man.

Buzzfeed even asked MOGAI movie fans to weigh in on what some movies did right or horribly wrong, and Call Me by Your Name comes high on the list as the first movie to have gone horribly wrong for the audience, with two users pointing out exactly the feeling they got while watching.

“A big fat no to Call Me by Your Name. The age gap was really gross and made viewing the whole relationship dynamic uncomfortable (Elio is 17, and Oliver is 24). Who thought that was ever an OK thing to put out into the world?!”

"They could dress it up in the prettiest Italian village all they want — Elio was still a a child, and Oliver was a grown man. It was well acted, but the love story was borderline predatory — again, ELIO WAS LITERALLY A CHILD!"

Films such as Brokeback Mountain (2005) were considered good representations for their time and with a believable scenario of two people who, due to expectations of society and a ton of toxic masculinity, in 1963, felt realistic for a purely fictional story.

That said, the problematic straight male gaze, which is again dangerous to anyone MOGAI in the community in this film, seems to say, “Hey look, if they marry women, they can pretend they were never attracted to each other!” This was and is another painful thing members of the MOGAI community have been forced or feel obligated to do to avoid harm or stigma throughout history.

However, some movies such as Pride! A film made in 2014, based on the Miners' strikes in 1984, England, highlights the genuine inclusivity and community of two parts of society being brought together in solidarity, without the problematic straight male gaze.

The happiness it bought me when I first watched the movie was mainly because not only were the cast played by actors, some of who are part of the MOGAI community who proudly stand by the belief that more inclusivity in casting is attainable for movies.

These actors firmly believe that there shouldn't be straight actors playing trans or gay roles because that takes work away from those in the industry with the experiences in real life to play those characters, just like Actress Yasmin Finney above.

More recently, though, you have Coming-of-age films like Love, Simon, in 2018 and series like Heartstopper (2022) that don’t focus on the main character in stereotypical light, instead focusing on real-life issues, like starting a new school year or missing friends that now attend different schools.

Things that young people in the MOGAI community instantly relate to, when previously the focus was only on the small part of their sexuality, falling in love with whoever and getting their hearts broken without showing a whole picture of what they were like, a fully rounded and flawed person.

One that might like dogs, the sound felt tips make on paper, Formula One, and whatever else.

It feels more welcoming that the characters on screen are played by real people that act like real people. Because they are genuinely based on them, even played by them and not what the film industry thinks a stereotypical gay or transgender teenager should be.

Although Love, Simon seems a little old-fashioned compared to Heartstopper with the classic American teen movie voiceover, underneath, there’s still the bittersweet reality.

That there’s always a family member that will pretend that you’re straight or feel completely disconnected when you change as a person.

That’s why I think there’s a recent boost for the MOGAI community with new, more realistic movies played by actors who have real experiences in life, just like those they play.

It's a bittersweet move towards real progress. But it’s a start for the film industry that still occasionally gets a MOGAI-themed film disastrously wrong.

Tumblr’s fake mafia movie, what is Goncharov really? The aesthetics of what lies between existence.