A Reminder to Stay Alert When Riding the NYC Subway 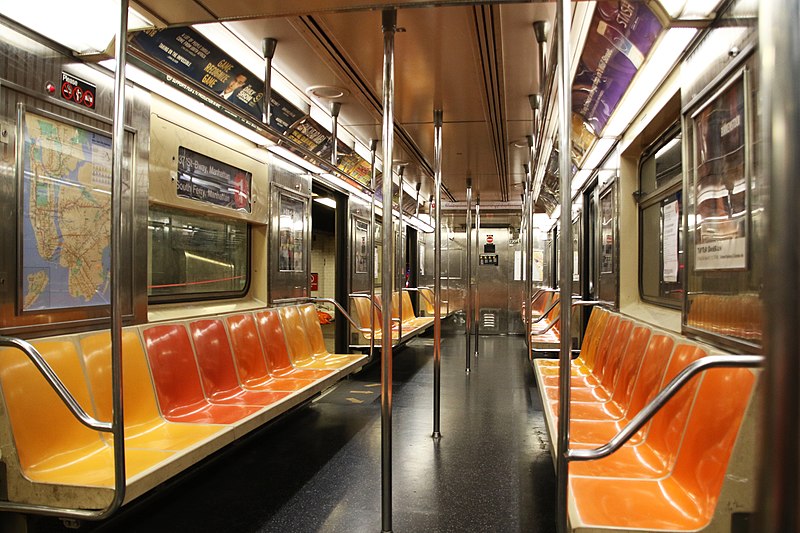 Recently a woman was shoved onto subway tracks in broad daylight in New York City. The suspect grabbed the 52-year-old woman from behind and threw her on the tracks in the Bronx (shown on video). Thankfully, no trains were coming, so bystanders quickly pulled her back to safety.

This assault occurs after a subway shooting on May 22, 2022, when 48-year-old Daniel Enriquez was shot and killed when riding the “Q” train. And in April, a man opened fire inside a Brooklyn subway train during a morning rush, wounding 10 people.

The nation’s largest subway system has been experiencing high crime lately. Mostly assaults, robberies, and shootings. These attacks prove that anything can happen at night or in the daytime. We must be careful when riding the train because there are some cruel people out in this world that want to hurt us. We must get off our phones when on the train or even just walking on the streets.

Crime in New York reached historic lows over the past three decades before numbers started to go up in 2020, a spate that has continued over the last two years and mirrors the feelings felt in big cities around the country.

According to CNN, since the beginning of 2022, there have been 375 transit crimes. A jump of nearly 73% compared to the same period in 2021 that recorded 217 transit crimes.

Since there is a scourge of violence occurring, I want to remind you of some tips when riding the subway that the NYPD encourages:

In February of 2022, Mayor Eric Adams released a subway safety plan that lays out how his administration will address public safety concerns and support people experiencing homelessness and serious mental illness on NYC subways. A key component of the plan will also direct New York Police Department (NYPD) personnel to assist in enforcing certain subway rules, such as sleeping across multiple seats, exhibiting aggressive behavior to passengers, or creating an unsanitary environment.

For homelessness, the plan is to expand outreach teams with NYPD officers and clinicians, additional housing, and mental health resources, and outlines long-term systems improvements through changes to state and federal laws to connect more New Yorkers to the care they need.

In detail, examples include deploying up to 30 Joint Response Teams that bring together DHS, the Department of Health and Mental Hygiene, NYPD, and community-based providers in high-need locations across the city. Another is incorporating medical services into DHS sites serving individuals experiencing unsheltered homelessness. Expanding DHS Safe Havens and stabilization bed programs will offer on-site physical and behavioral health care to address clients’ needs.

Thirdly, calling on the state government to expand psychiatric bed resources and amend Kendra’s Law to improve mental health care delivery for New Yorkers on Assisted Outpatient Treatment. Lastly, requiring (instead of requesting) everyone to leave the train and the station at the end of the line.

All these solutions are a start and I commend Mayor Adams for creating this plan and working hard on making sure New Yorkers feel safe when taking the train.

“It is cruel and inhumane to allow unhoused people to live on the subway, and unfair to paying passengers and transit workers who deserve a clean, orderly, and safe environment,” said Mayor Adams, when the plan was released. “The days of turning a blind eye to this growing problem are over, and I look forward to collaborating with the state, the federal government, TWU, advocates, and law enforcement to solve this challenge. It will take time, but our work starts now.”

I agree that decreasing crime will take time because it seems like there is still a bit of a problem where violence is still happening. So, who knows how long it will take? But until then stay safe and alert!