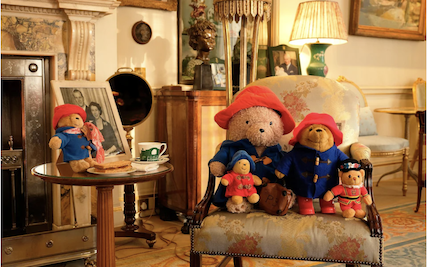 The many Paddington bears sent in Tribute to the late Queen Elizabeth have been pictured by the Royal Households’ Instagram, for both Buckingham and Clarence House accounts as ‘Enjoying the spoils of Royal life.’ Watch the Bears on Twitter prepare for their new lives.

Since the 1990’s, the Former Princess of Wales, Diana herself, was a patron of the children’s charity, Dr Barnardo’s, which initially started to help young orphaned boys in 1857.

Dr Barnardo stopped his further medical training after moving to London when a boy showed him around the West End.

Many children were left behind, sleeping in gutters and on rooves, after many of their families died from the recent cholera outbreak at the time. 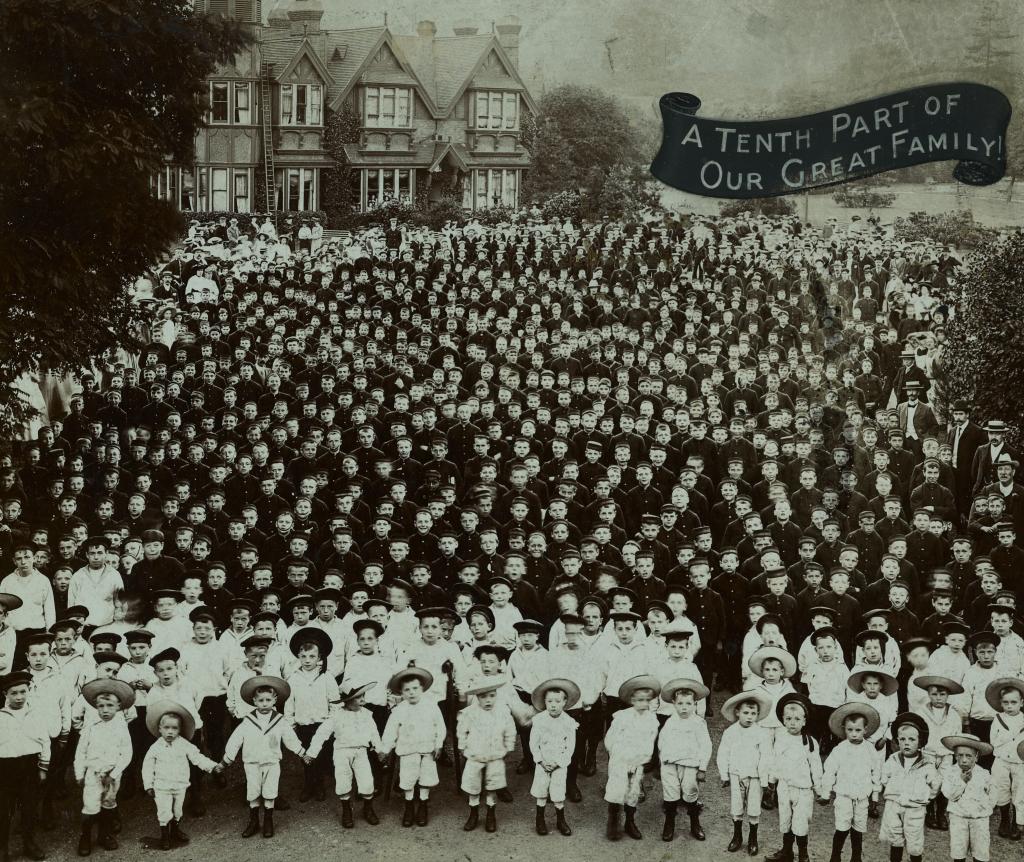 The Barnardo’s school for boys in 1906

Believing that every child had potential, despite their backgrounds, Barnardo knew they deserved an education and taught them valuable skills that would get them jobs, such as carpentry, shoe making and metalwork.

Later, when he married Syrie Louise Elmslie, they also opened a home for orphaned young girls, who were often forced into working as prostitutes to earn money.

They set up homes with family-like structures, with the ‘cottage home’ model often having a house mother to look after the children the way they might have been raised.

Barkingside, in East London, was where more than sixty cottage-style homes, complete with their church and school for girls, managed to help more than a thousand girls by the 1900’s. 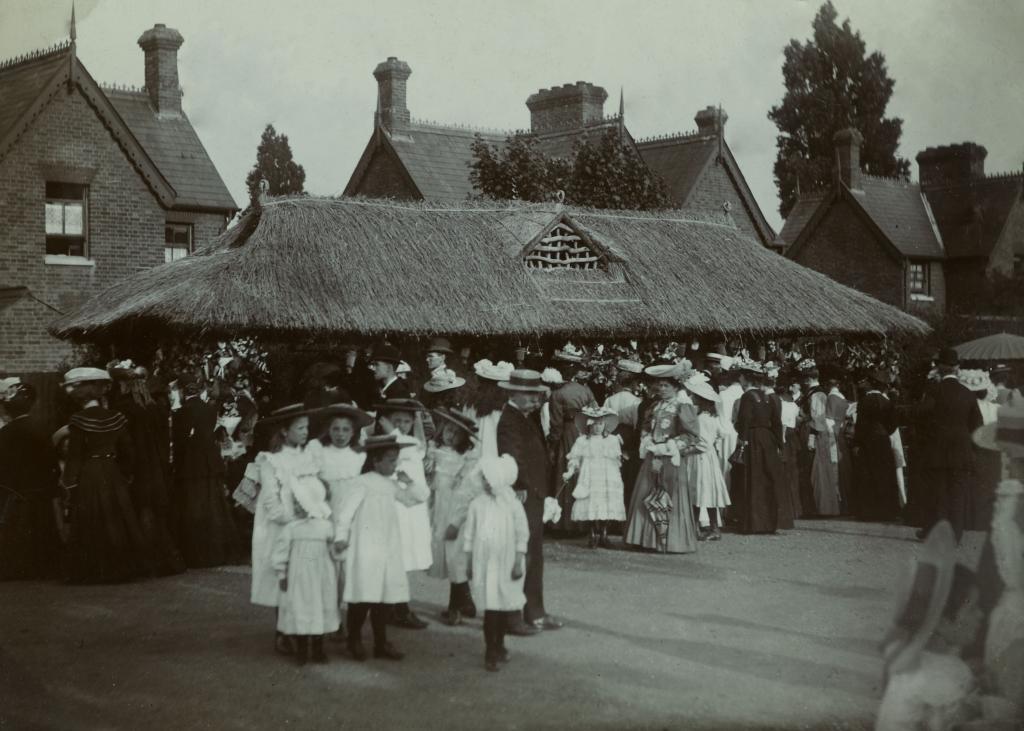 Barkingside Village Girls in the 1900’s

This even included children with physical and learning differences, influenced by the couple’s Daughter Marjorie, who had Down Syndrome.

By the next five years, Dr Barnardo and his wife had introduced fostering. However, Victorians were not keen on the idea, believing poor children to be punished and deserving of whatever happened to them- But he believed otherwise.

The next decision of Dr Barnardo’s is unfortunately seen as controversial today.

At the time, fostering and even adopting, in some cases, worked well in England, so the British government worked on a policy that would allow children to have new opportunities they may not get in England; in the colonies of the time, Australia and Canada.

It wasn’t until 2010 that the Government apologised formally for sending more than ten thousand children to the former colonies, causing distress, suffering and abuse for some of those who grew up abroad.

With the Second World War creating more orphans and disrupting people’s lives, Dr Barnardos started to work closely with families. They now understood the effect separation had on children mentally and emotionally.

One of the issues at the time was if a family member could not work due to injuries, whether on the front line or on the home front with a life-changing illness.

The Financial Aid offered by Dr Barnardo’s charity changed the lives of many children who would have been taken from their families. By the tail end of the fifties, that meant more than ever; families could stay together, as Barnardo believed was beneficial to children’s development.

Welfare and Children in England

As times changed, so did Barnardo’s. In the sixties and seventies, the welfare system came into play in England, which meant fewer children becoming orphans or having to be given up because there was no financial way to keep them.

Contraceptives became widely available, so fewer unwanted children needed to be put into homes. This led to another focus on children struggling within families due to disability or emotional and behavioural differences.

Following on from the learned importance of families, Dr Barnardo’s focused on creating centres for children in deprived areas of England so that they could be there to support families however it was needed.

Diana, the former Princess of Wales, even helped children affected by circumstances such as the Miner’s strikes, and the HIV and Aids crisis, as President of Doctor Barnardo’s charity from 1984 to 1996.

Whether closing workplaces were causing job shortages and strikes or prejudice over illness was causing unnecessary deaths, from the Second World War to the present day, the ethos of the charity set up by Thomas Barnardo has remained the same.

The ongoing ethos is that every child should be given an opportunity to learn their potential, regardless of background, disability or circumstances.

One hundred and fifty years later, the Queen Consort shares the belief that many children should experience childhood and realise their personal potential.

She will be giving the iconic bears out to children at Dr Barnardo’s Nursery in Bow, East London, sometime this week, during the Picnic, where the story ‘Paddington Takes a Bath’ by Michael Bond will be read by actor Hugh Bonneville (Who plays Mr Brown in the Paddington Bear films) to help illustrate the bears’ journey to each child at the event.

Paddington Bear and Hope for the Future

The hope is that this will be something many children will cherish, as the bear is a well-loved icon already, even showing acceptance to children coming to the UK, as he is an economic orphan from Estonia himself, originally called Pastuso, who discovered acceptance and childhood of a sort with a family in England.

Paddington became intrinsically associated with the Queen due to having two birthdays in March and December, as most Royals do, and for the Platinum Jubilee celebrations, when he came for tea, just like in the book, and offered her a marmalade sandwich.

He is already a representative of many causes, often seen in the windows of charity shops owned by Barnardo’s, and notably is involved in UK Action Medical Research, a children’s charity which helps spread awareness of rare conditions that affect babies and children, as well as many others, focused on helping orphans like himself.

What do you think about Paddington bears being given out to children at the Dr Barnardo’s children’s Picnic? Do you think it will help them remember the late Queen or give them hope?

Please write what you think in the comments below.