An Epidemic Like No Other ... Is Capitalism breeding A Silent Killer? 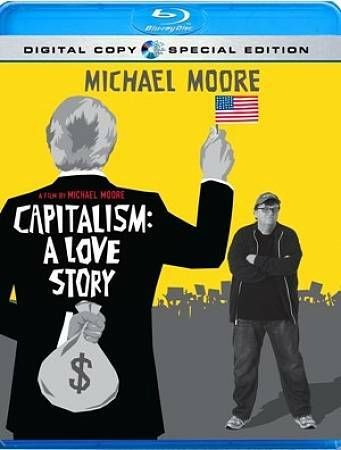 When Michael Moore released his hit documentary Capitalism: A Love Story, the public was infuriated, to say the least, by what the controversial director dared to explore and mock. In a satirical style, Moore attempted to unveil the greedy practices of the US corporate system and the gambling-like approaches of Wall Street’s banks that played a major role in crashing the global economy.

In an incessantly changing world where political and economic factors are constantly triggering cataclysmic social shifts, populations are getting more aware of the discrepancies between the capitalist promise of ever-growing wealth and prosperity and a reality marred by violence, flourishing dogmatism, and rocketing rates of mental health issues.

Fredric Jameson and Slavoj Zizek once said that “it is easier to imagine the end of the world than it is to imagine the end of capitalism,” in the sense that the capitalist system overtook all aspects of global economic and political domains to the extent of leaving no room for any other applicable structure to offer alternatives to what is already on the table.

The extensive applications and modulations of capitalist methods have led to what Mark Fisher referred to in his celebrated book Capitalist Realism Is There No Alternative? as an incomparable ability to “occupy the horizons of the thinkable.” In other words, Fisher resorted to the conclusion that capitalism has eventually emptied humanity from its core meaning by not only trivializing other modes of existence outside its sphere but also by invading the individual’s authentic space and merging everybody in an infinite circle of consumption.

According to Fisher, capitalism grew steadily to become “a monstrous, infinitely plastic entity, capable of metabolizing and absorbing anything with which it comes into contact,” meaning that the capitalist world system has acquired the ability to neutralize and incorporate individual imagination as part of it.  Increase to the point where all possibilities for creating something outside the dominant cultural, social, political, and economic bubble are exhausted.

Accordingly, the global fascination with capital has led to a combined tendency to marginalize personal struggles to celebrate the way of life that capitalism has made possible.

Mikkel Krause Frantzen said in his essay A Future with No Future: Depression, the Left, and the Politics of Mental Health that “depression makes manifest the contemporary subject’s alienation in its most extreme and pathological form,” stressing that the problem of depression (that mounts to the state of an epidemic with the growth of SSRI antidepressants’ market to reach $14 billion in sales annually) must be handled at “a collective political form.”

Frantzen focuses on the “personalization of the problem of mental illness” rather than relegating it to a publicly aggressive capitalist framework that plunges individuals into a “neo-liberal culture of competition” that idealises the ruthless idea of ​​success and the pursuit of profit. In this culture, if you feel depressed and unable to get out of bed, it is not up to you and the system.

In the same vein, Frantzen points to the tendency to focus on subjects individually from the overall structure that arises in a way that even turns mental illness into a personal responsibility that can be completely detached from the overlapping of external factors.  Therefore, it becomes irrelevant to associate the capitalist social and political environment with the spread of depression, which, according to Frantzen, is wrong.

Instead, Frantzen insists that any discussion of mental illness and depression can never be taken away from the issue of “social conflict between the capitalist economy of debt and financial speculation” because people find themselves trapped in low-wage jobs with no chance to grow. Opportunity is running out, and the collapse of the economy under the threat of bankruptcy and debt, especially after the sweeping wave of covid-19.

To back this idea, Fisher stated in an essay entitled The Privatisation of Stress: “It is hardly surprising that people who live in such conditions—where their hours and pay can always be increased or decreased, and their terms of employment are extremely tenuous—should experience anxiety, depression,” adding that “the privatization of stress has become just one more taken-for-granted dimension of a seemingly depoliticized world.”

Discussions Of Depression From Personal To Socio-Political Domain

According to Frantzen, capitalism “inflicts a double injury” on depressed individuals by contributing to their sickness (i.e. creating suffocating social circumstances due to aggressive economic approaches) and then blaming them for feeling depressed under the pretext that they are causing their unhappiness by being lazy or just suffering from chemical imbalances.

The failure of the economic system to remove the discussion of depression from the realm of spirituality and brain chemistry to the arena of political accountability and institutional failure to create welfare and social justice makes it difficult for the world today to reach effective solutions to the problem, especially with the rise of excessive methods of life training that abandons any role of politics and economic choice of the state in making people frustrated.

Ann Cvetkovich highlighted in her book Depression: a Public Feeling that the depression narrative has to be moved away “from medical conceptualizations towards a model of depression as a cultural and political phenomenon.” As such, Cvetkovich argued that depression should be observed as the accumulation of overwhelming feelings of dissatisfaction and rejection of the dominant capitalist model that invaded contemporary societies.

This adaptation opposes the tendency to classify depression as a plague that affects people randomly without a real relation to social class, gender, race, and other considerations; and to put this mental illness at the centre of the academic discussion is to be external to a “political and social feeling” that is not limited to the personal sphere.

Following this thread of argument, the economic sphere (now controlled by capitalism) becomes inseparable from the psychological inner world of individuals which, as Frantzen puts it, requires us to set the record straight through “externalising blame and communizing care.”

5 Things We Get Wrong About Depression